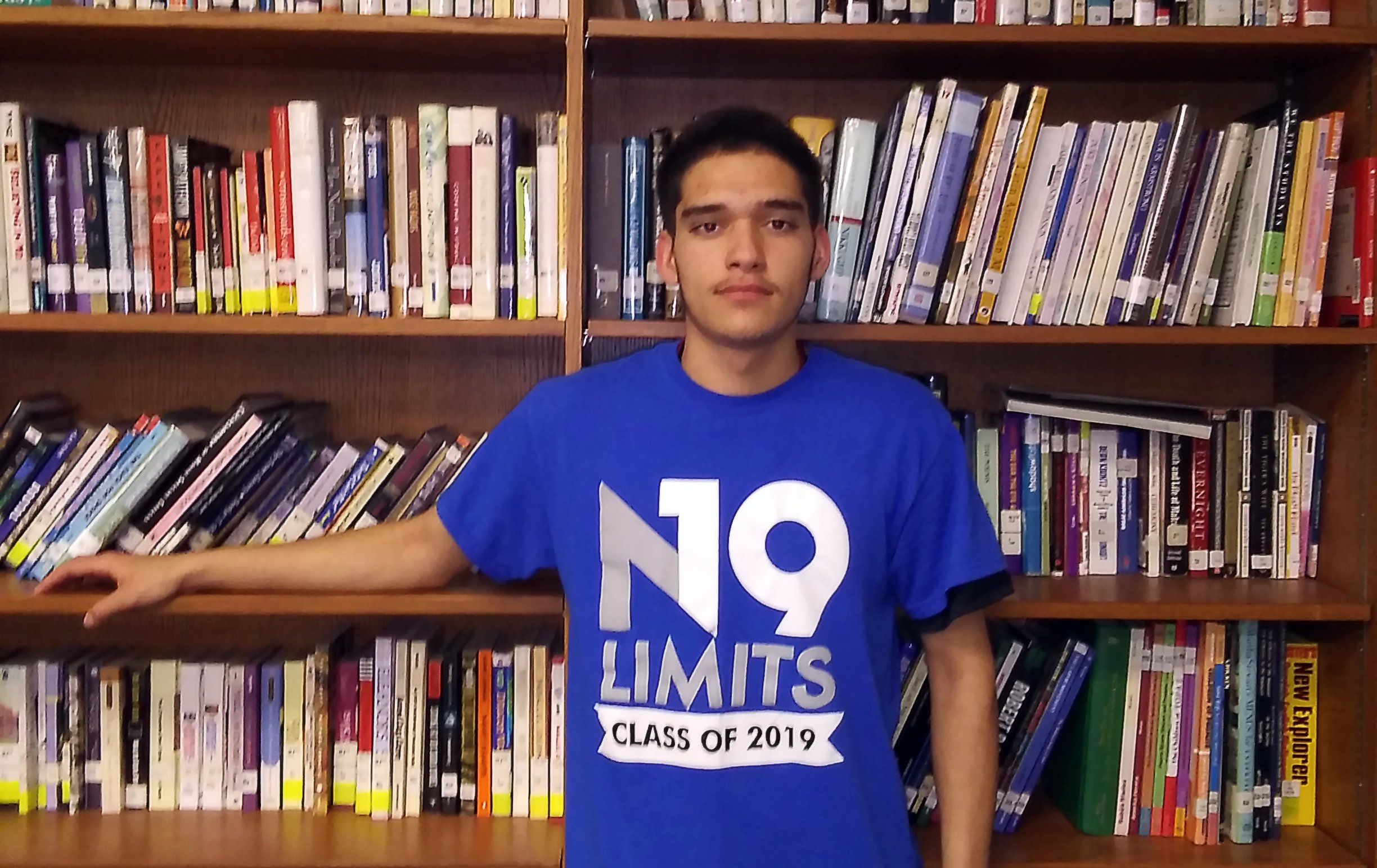 According to Minority Nurse magazine, less than 1% of nurses are Hispanic men. Salvador Torres, an 18-year-old senior at Richards Career Academy, hopes to join their ranks. But first, Torres plans to join ranks of a different kind—the Marines—and earn the money he’ll need for a nursing degree in college.

The big hurdle? While the Army and Navy have opportunities for cadets to train as nurses, the Marines don’t. “He has these two goals that don’t necessarily mesh perfectly and he’s trying to navigate how to do them,”says his college seminar teacher and school counselor Tom Conley.

At Richards, Torres chose the culinary track, but not to make a career out of it. “I just like food,” he says. He also likes science.

As one of Chicago’s first graduates required to make and execute a postsecondary plan, he’s glad for the push to think through his options. “It was a lot of stress,” he acknowledges, but he doesn’t feel like the process was a waste of time. His plan included applying to a couple of Chicago’s community colleges. Although he’s not planning to go right away, he’s glad he went through the steps for college admission. “When I’m done with the four-year service, I can go back and do the same steps,” he says.

He got interested in the Marines two years ago, thanks to an ex-Marine neighbor. “He talks about it. It was a very good experience,” Torres says. “Plus, they pay you for college. I couldn’t afford college.”

His interest in nursing was sparked last year when his mother became ill and had to have major surgery. Torres took weeks off from school to care for her and was her primary caretaker for a year while she recovered. “She took antibiotics at home so I had to learn all that stuff,” he says. But his neighbor’s Marine experience was so positive he is still very interested in joining the corps.

Torres is the middle of four children, one brother and two sisters. When he does start college, he’ll be the first in his family to go. He doesn’t want to burden his family with college costs they can’t afford, so the military’s college benefits also have strong appeal.

“At first, I wanted to do nursing, but the Marines didn’t have it. Conley told me to go to the Navy, they have it, but I still wanted to go to the Marines," Torres says. He met with a recruiter in April and has taken a practice test for the entrance exam. At the time of this interview, he was planning to take the entrance test in mid-May.

A 2013 Census Bureau study shows that while nursing is still an overwhelmingly female profession, the share of men in nursing has tripled since 1970. By 2011, the year source data was collected, 9% of nurses were male. Torres says he hasn’t experienced any negative reactions to his interest in nursing. When he spoke with the recruiter about going to nursing school after a stint in the Marines, he was encouraging.

Photo courtesy of the author.