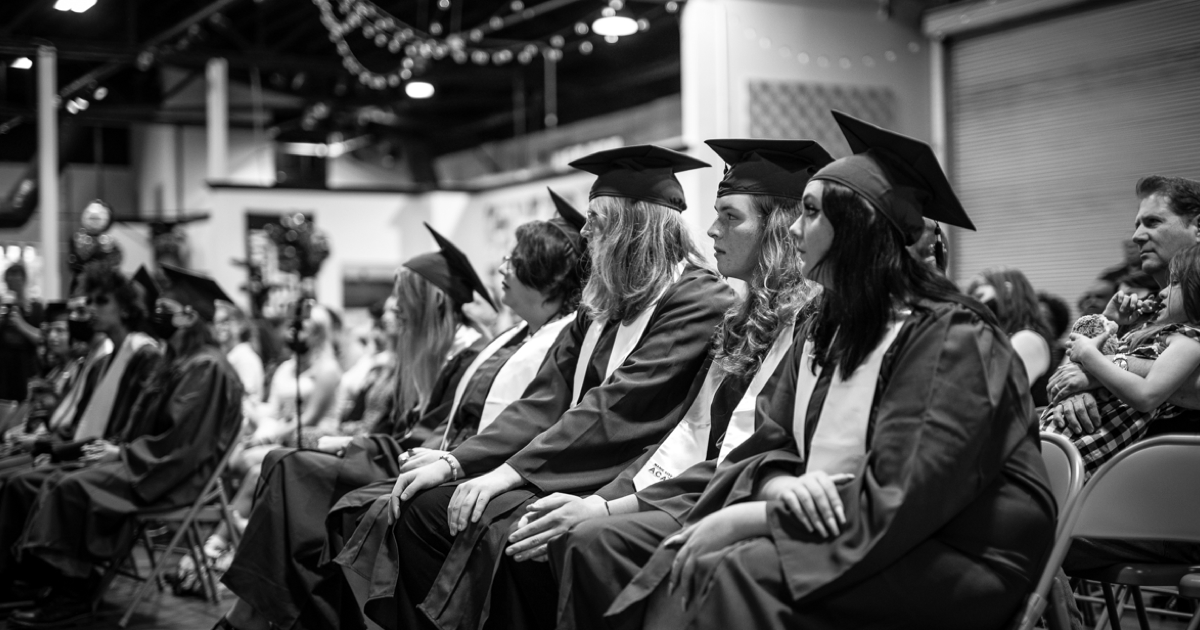 Editor’s note: to protect students’ and families’ privacy, we have chosen to refer to students and their families by first name only. 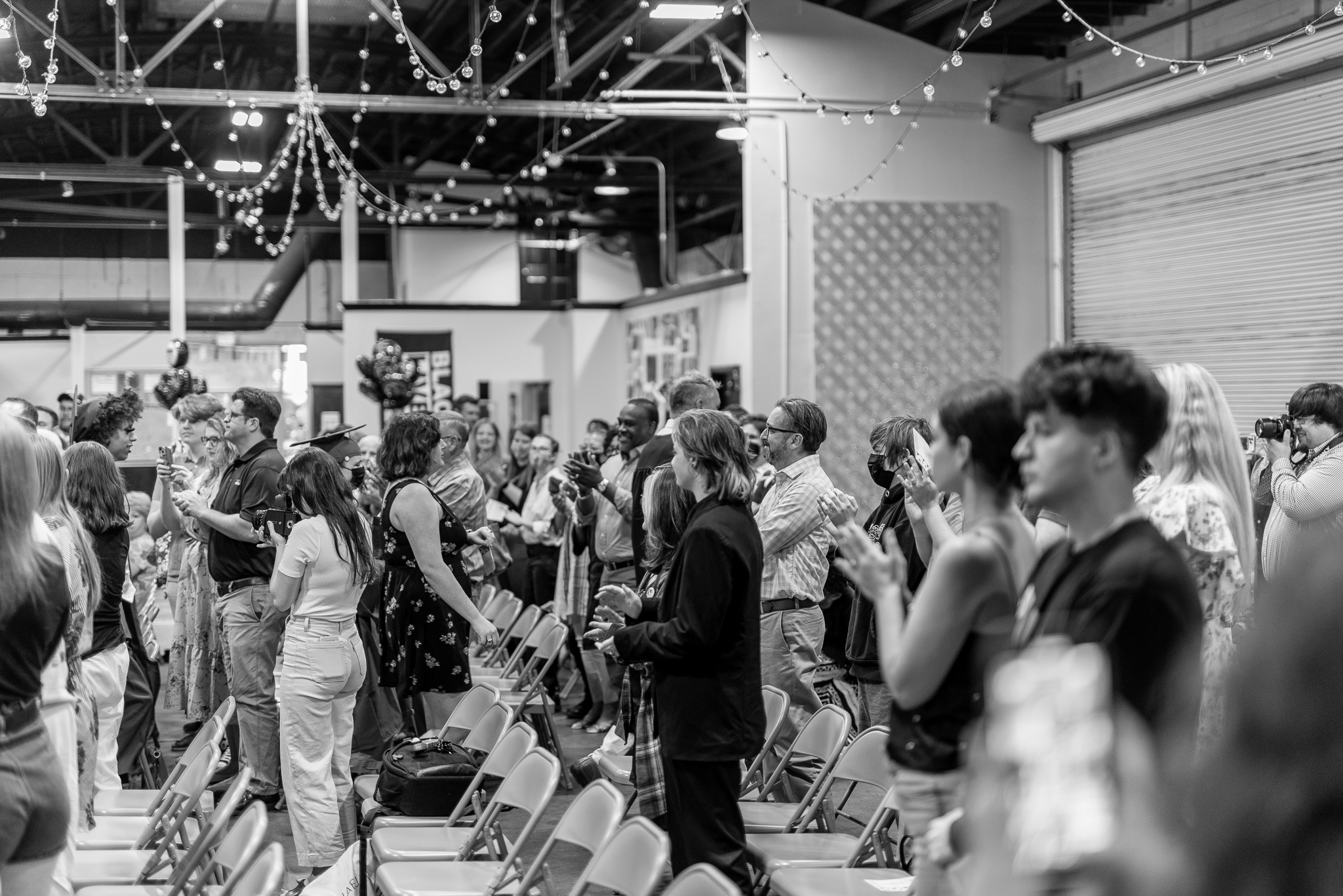 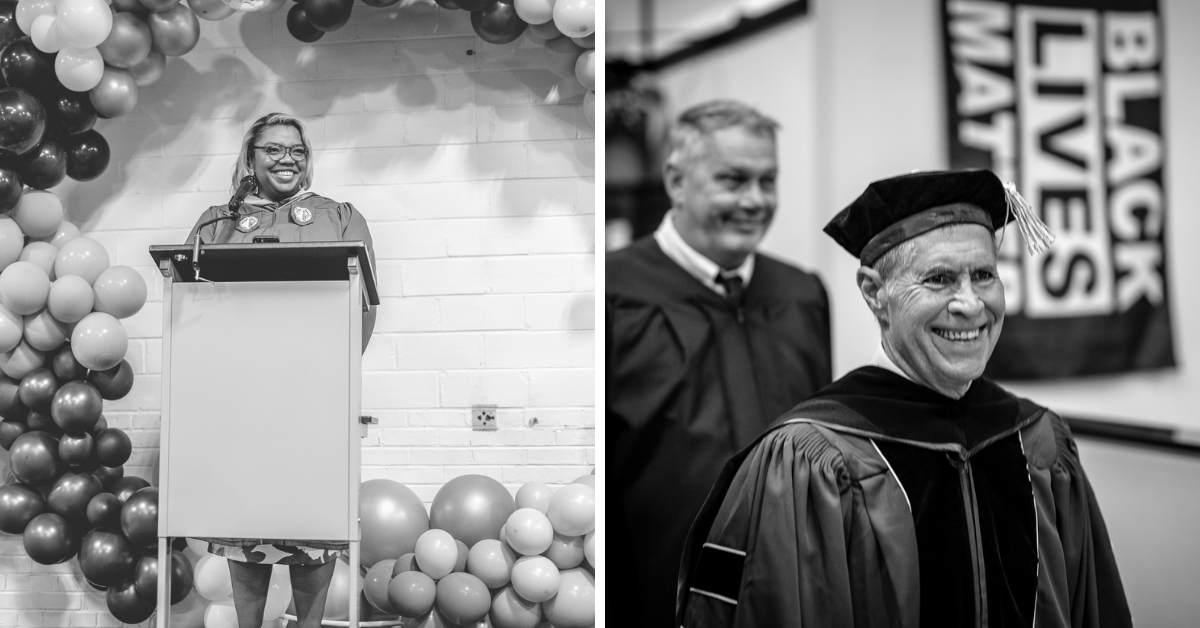 Finally, a single-file line of 12 seniors, clad in purple caps and gowns, entered the space. As Jackson began introducing the graduating class, the crowd erupted in cheers full of pride, appreciation and love.

Since the Acceptance Center had been the inspiration and inception place for the Academy, this moment brought everything full circle. It was also a moment that felt long overdue.

In its early stages, Magic City Acceptance Academy suffered three rejections from the Alabama Public Charter School Commission. However, the school was finally approved and opened its doors in the fall of 2021 in the Birmingham suburb of Homewood, Alabama, with 250 students in grades 6-12.

When the students first came into the space, said Wilson, they were “wrapped up in their trauma.” They had come from environments where they'd been bullied and marginalized. At the Academy, the staff and faculty worked to educate and empower their students.

Clover, a graduating senior, said it wasn’t until they came to the Academy that they saw their grades flourish. Along with the good grades, they’ve also created bonds with students that they never thought they’d have. Clover said,

"It was the best experience of my life, and I’m kind of sad to be a senior.”

Clover’s mother, Rachel, said from the beginning of the year till now, she’s seen a change in them. Previously, Clover was “miserable” in school, and there didn’t seem to be many options. But when Rachel discovered Magic City Acceptance Academy, she thought it could be a solution. Rachel said,

“I have seen my child blossom, and as a parent, that’s refreshing and empowering."

“Seeing your child come into their own and be their own individual is quite an experience that I didn’t expect. I mean, I knew that they would make improvements and make friends, but seeing them come out of their shell and become who they are has been one of the greatest parenting experiences I’ve had.” 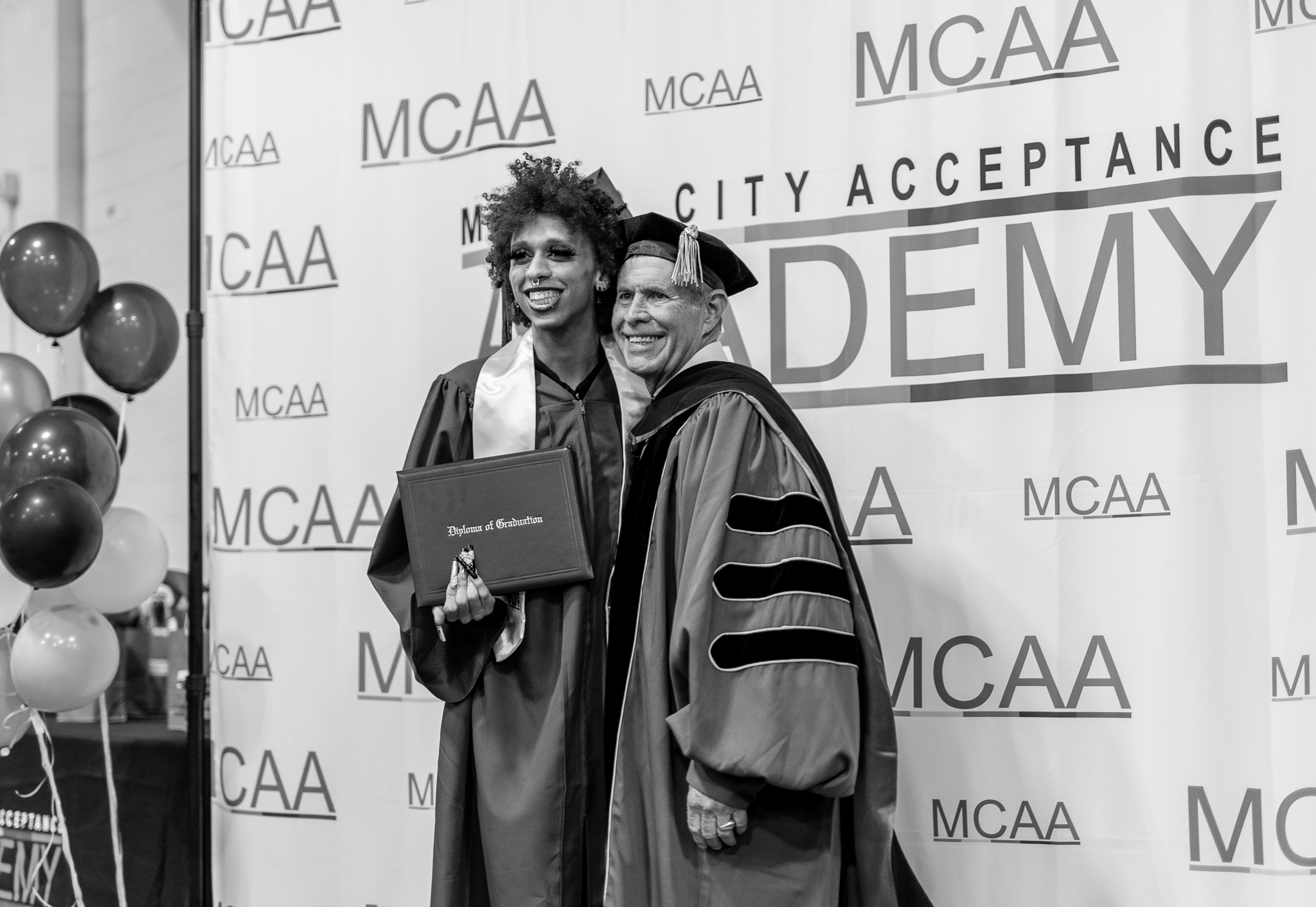 To Support Traumatized Youth, Adults Must Shift Their Thinking

To create an environment that focuses on both the mental and social development of students, the Magic City Acceptance Academy is a trauma-informed space.  Trauma-informed care helps professionals change their focus away from asking “what’s wrong with you?” to asking “what happened to you?”

“It was kind of like having to learn how to teach all over again because we are emphasizing different parts of the students here and giving more priority to their mental and social development and our overall mental health,” she said.

“It has been really challenging, but in other ways, it has been such a breath of fresh air to be able to look at students' social-emotional needs, and actually be encouraged to meet those and to prioritize those over academics and not trying to drive kids to their absolute limit all of the time.”

The payoff was evident at the eighth graders' promotion ceremony, held earlier in the day. The students seemed full of joy as they played with friends and went to teachers to offer them heartfelt goodbyes and even handwritten letters.

Banks said she’s seen how students have transformed from being shy and scared to being able to demand things that, in the past, they’d only ever have the courage to ask close friends.

“It's been an honor to be able to provide that kind of support,” she said.

Offering trauma-informed support is a key piece of Magic City Acceptance Academy’s model, but it is also just one piece of a larger puzzle. Principal Wilson said the Academy talks about social justice initiatives, practices restorative justice and weaves in social and emotional learning, while also providing strong academics. 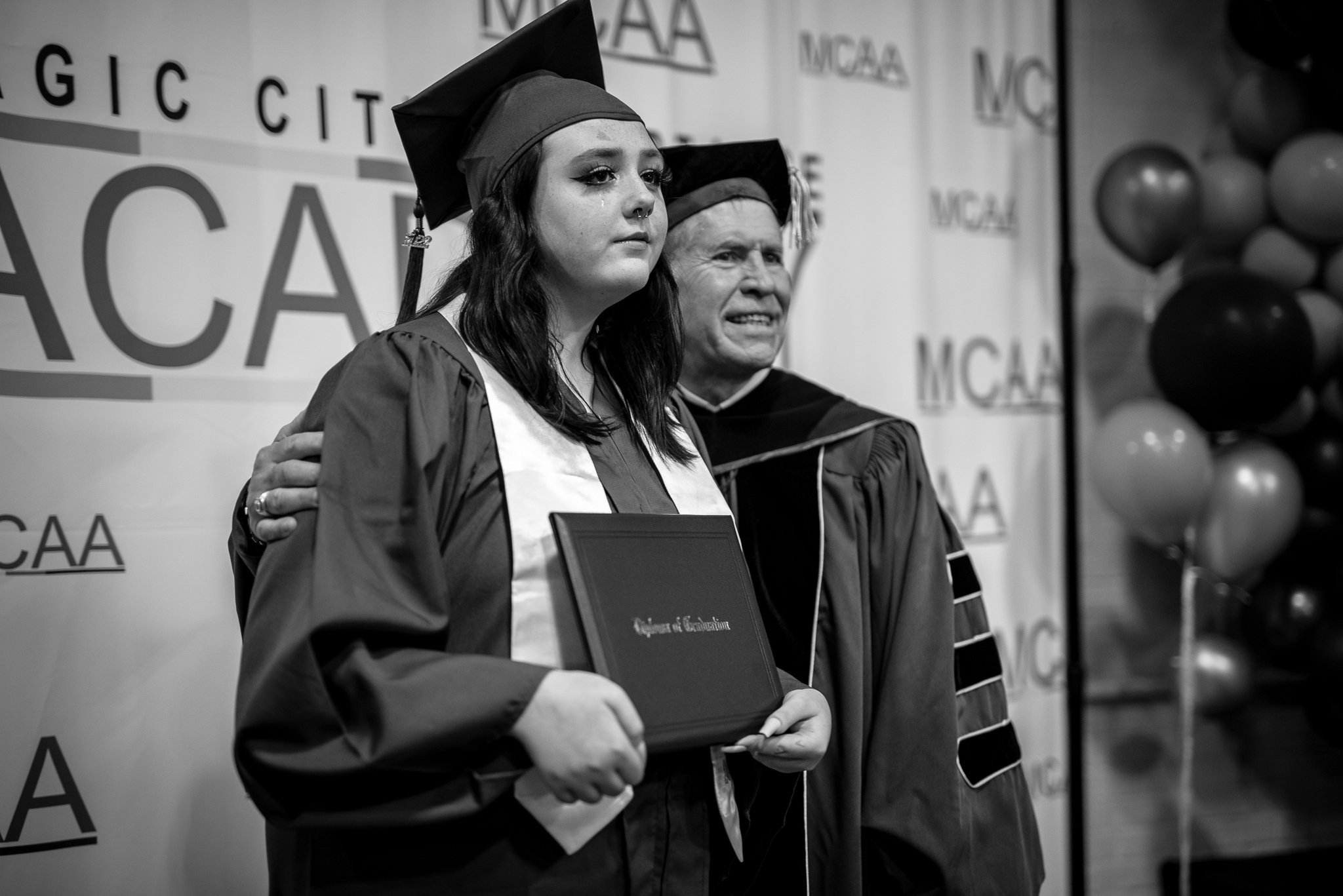 After Political Pushback, Community Steps Up

In April, an Alabama gubernatorial candidate released a campaign ad criticizing the Academy for “exploitation” of children and “not education.” Due to this, the Academy had to add security to keep students safe from strangers who showed up at the school’s property to film students or shout Bible verses at them.

However, after this, the Academy began to garner more support from the community. They received encouraging messages on a blog a parent had posted, emails and even postcards and signs from churches in the surrounding area.

Last Friday large colorful signs from different churches, including Baptist Church of the Covenant, hung along the walls in the cafeteria and the first floor with messages like “You are beautiful” and signatures from its members. Handmade posters sported inclusive and encouraging phrases like “You are perfect just the way you are.” 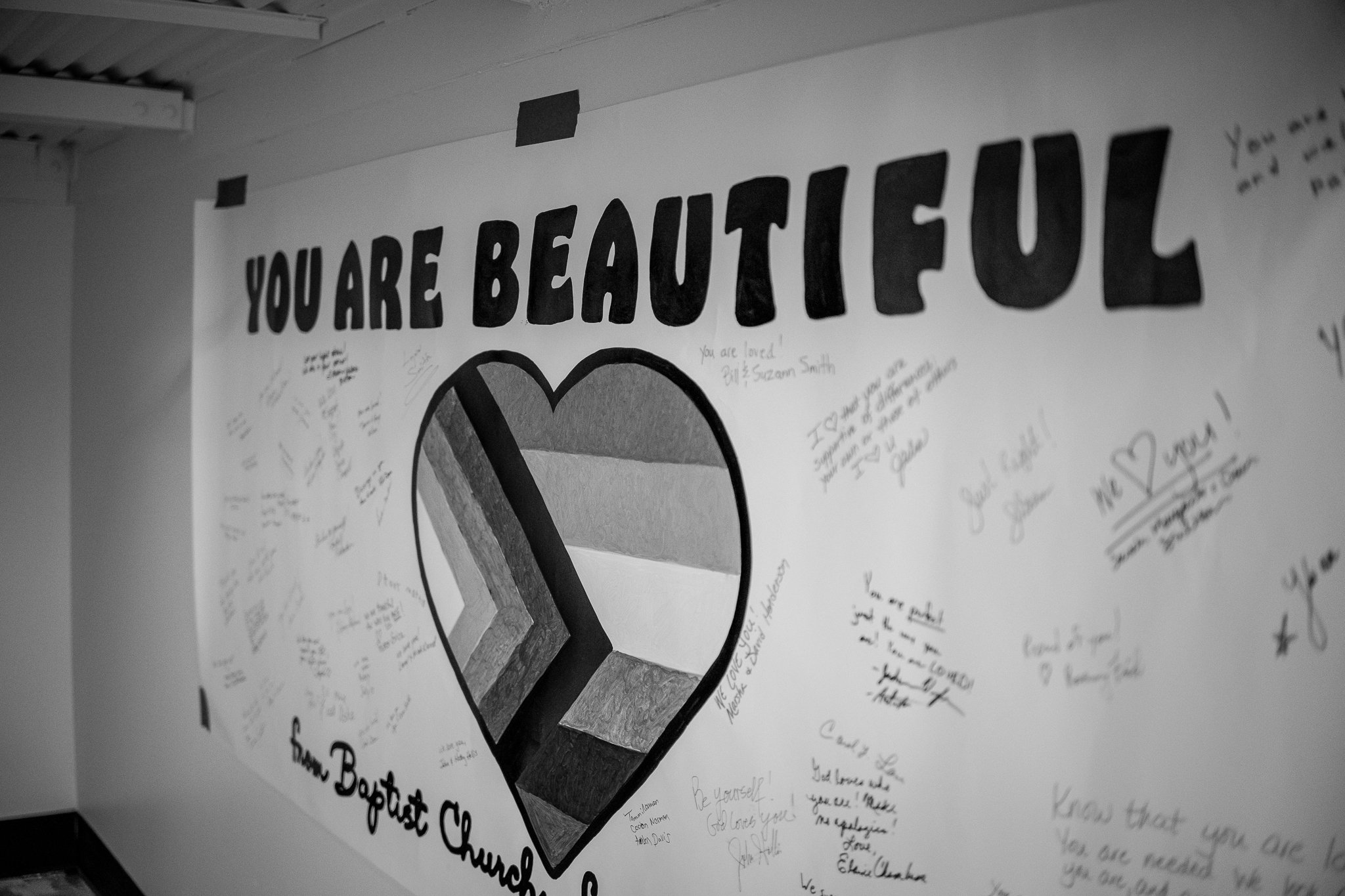 Some of the posters even came from beyond Alabama.  One read:

“Remember to just take a breath. Smell the roses and blow out the candles. You are loved and important. You're doing your best. Black Forest, CO.”

Closer to home, the local community has bonded with the new school in many ways, whether through the local staff members who had been with Wilson for years, or via the school’s partnership with Birmingham AIDS Outreach.

This bond also appeared during graduation, when Denise Bishop, a supporter of the school, and the Mystic Krewe of Apollo, a Mardi Gras Krewe for the LGBTQ+ community, presented two scholarships to senior Gwen. The news prompted a spectator to call out: “I’m proud to be your aunt!”

‘This Was a Lifesaver’

“When I walked into this room, and as I sat here, you know what I felt? I felt love. I felt respect. I felt opportunity. I felt honor. I felt all those things we so need in our community,” Carr said.

“We love you. We believe in you. We honor you. We cherish you. Today is your day. Don’t ever forget this moment, and don’t ever let anyone take it away from you.”

After Carr’s speech,  students received their diplomas, and Wilson offered his closing remarks.  “Two and half years ago I sat right behind those books writing this proposal so we can have this school, now look at you,” he said.

“We are the best school in the country,” Wilson proclaimed, jumping up and down with emotion. “This day and every day I'm proud to stand up and say I am who I am in this building, in this school, in this city, in this state. I am a cis-gendered gay male who has the best darn school in the state because we have the best darn staff in the state,” he said. “God bless you all, and know … there’s this group of people who are always going to be there for you. I love you. Thank you for sharing your senior year with me.”

After the ceremony, a grandparent approached Wilson and said, “I’m not overstating; this was a lifesaver.”

Wilson hears accolades like this with profound ambivalence. While he’s grateful the school is living up to its mission, he wants to live in a world where no young person should be in life-threatening danger because of their sexual orientation or gender identity. 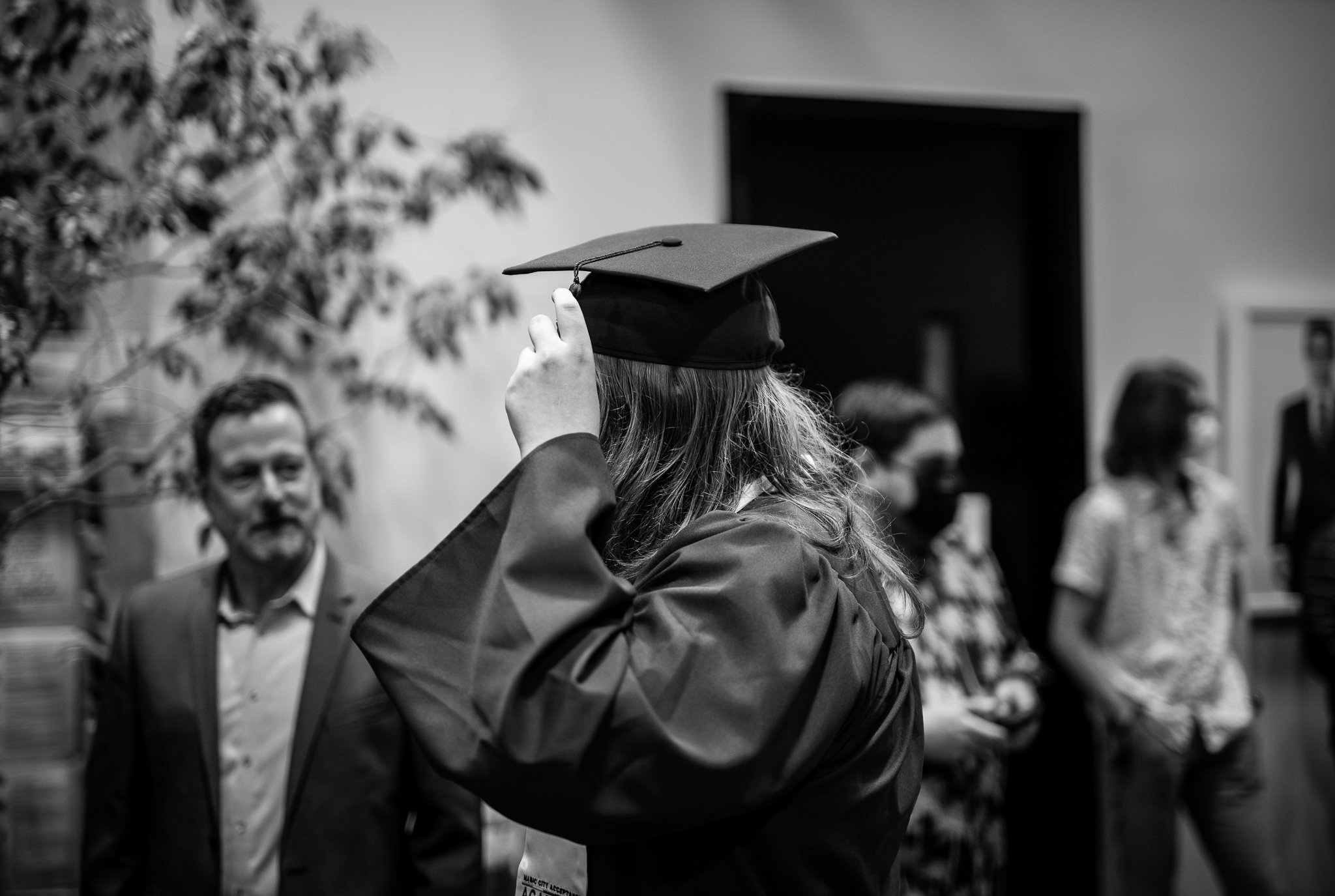 But in the world where Wilson lives—Birmingham, Alabama of 2022—it hurts to tell any young person there’s no room for them at Magic City Acceptance Academy. Already, they have enough applications to meet their target enrollment of 350 students. Wilson is hoping to add another counselor and social worker to the staff to meet the needs of more students. Jeffrey Kelly is a freelance writer and a graduate student at the University of Alabama.
View profile 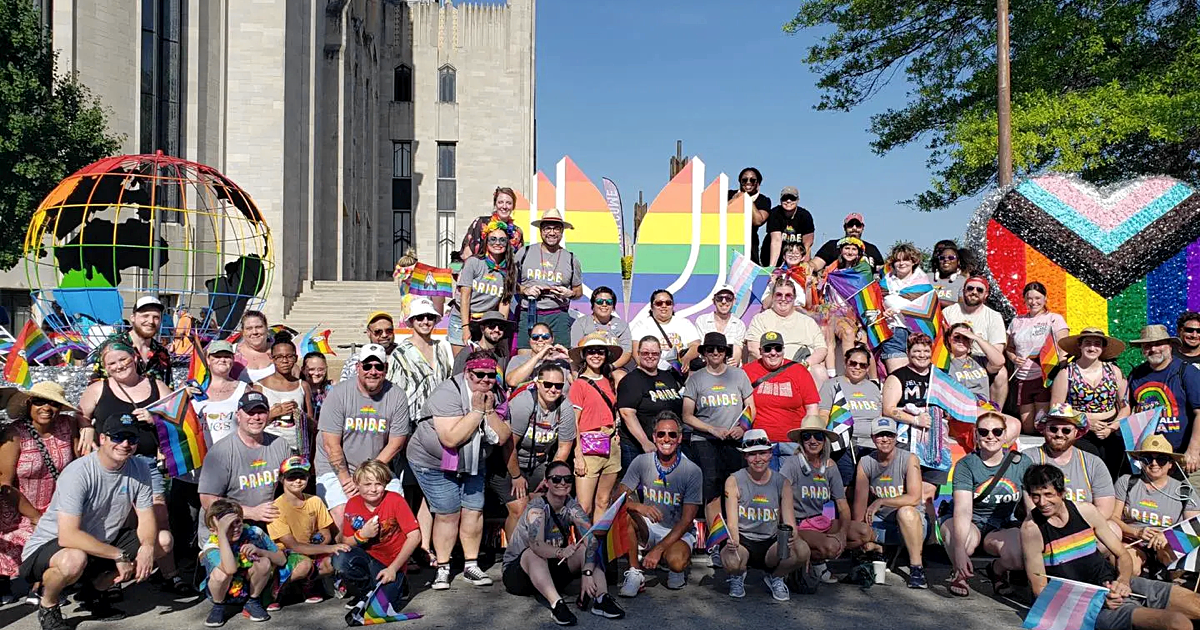