On January 6, as my students were learning about the history of trench warfare during World War I, I had no idea that our own Capitol was under attack―and not from outside invaders, but from people born on this soil.

As “ THE CAPITOL IS UNDER ATTACK” headlines turned out to be all too real, my mind went to the year 1814. This was the last time the U.S Capitol was attacked by a foreign enemy during a war. What happened at the Capitol on this January day was different, unprecedented and dangerous. It’s common for our fellow citizens to disagree—even to protest—but to intentionally plan a revolt against the U.S. government because of a refusal to accept legitimate election results is not.

As my students observed the insurrection taking place in real-time, they quickly noticed how different the federal government’s response was to the pro-Trump mob compared to the Black Lives Matter protesters. They saw images of Confederate battle flags waved freely around the Capitol, insurrectionists taking over the Senate chambers, and white men breaking into the offices of lawmakers.

Unfortunately, my African American students and I were not surprised about the treatment of the pro-Trump groups. Our communities continue to be impacted by police brutality and unnecessary force and we were hurt that once again, angry white mobs were allowed to commit violence and an act of terrorism on our nation. The insurrection, the impeachment trial and the acquittal that followed, were moments that not only exposed our nation’s racial and political divisions, but also how we have failed in teaching students—especially white students—about white supremacy, white privilege and racism.

We must teach students the truth about racial violence, voter suppression, the differences between free speech and hate speech, how to exercise their First Amendment rights peacefully, and how to verify news sources and credible information.

When I first taught middle school English, I knew how important it was for my students to understand the background of the novels we read. Before we opened "To Kill A Mockingbird," I taught my students about racial violence and lynching. We analyzed the song "Strange Fruit" by Billie Holiday in one of the most emotional lessons I’ve ever taught. Recently, a student I taught almost six years ago, who is now in college, sent me a message thanking me for those lessons. She told me that “it's important to keep educating people on this evil while they’re young and before they become desensitized to it.”

We also need to use and disseminate excellent education tools and resources such as those from Learning for Justice (formerly Teaching Tolerance), Facing History and Ourselves, and the Anti-Defamation League and its “No Place for Hate” program, which helps schools and communities fight against bigotry, racism, antisemitism and bullying. In fact, we should require schools to use these resources in combating extremism and hate.

Learning for Justice and Facing History’s resources have helped me become better at supporting students with empathy, at responding to racial violence, and at verifying news sources. I’ve used these free tools on topics ranging from civil rights and voting to understanding differences between free speech and hate speech.

We also must help students develop the necessary critical thinking skills to identify bias and false information. This is especially vital for social media, which continues to be a major source for information and news and a place for spreading false information. In my history classroom, I use a credibility checklist with my students to teach them to be effective researchers and critical thinkers. The checklist includes asking who wrote the source, the author’s purpose, other sources that are referenced, and if additional sources have the same information. This process also improves literacy and writing skills.

As a nation, we must unite together against extremist groups and empower future generations to make sure they are equipped to fight against extremism, hate and false information. Educators, community stakeholders, and lawmakers all have a responsibility to prepare our youth for the world they will enter after high school. If we want our students to be successful―and to prevent more events like the one we witnessed on January 6―we must re-examine how schools teach history and support schools with implementing anti-racist practices.

Social media has caused our youth to be more engaged than ever in social justice movements. Within the past year, many of my former students participated in demonstrations and protests, and many voted for the first time in the 2020 presidential election. We can no longer afford to miss the opportunity to provide our youth with the historical knowledge about race, critical thinking skills and how to use their voice to fight against the injustices in our society. If we don’t, we risk losing a chance to stop hate groups, false information, and violence from infiltrating the next generation. 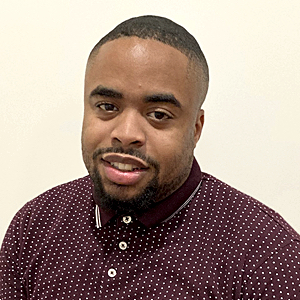