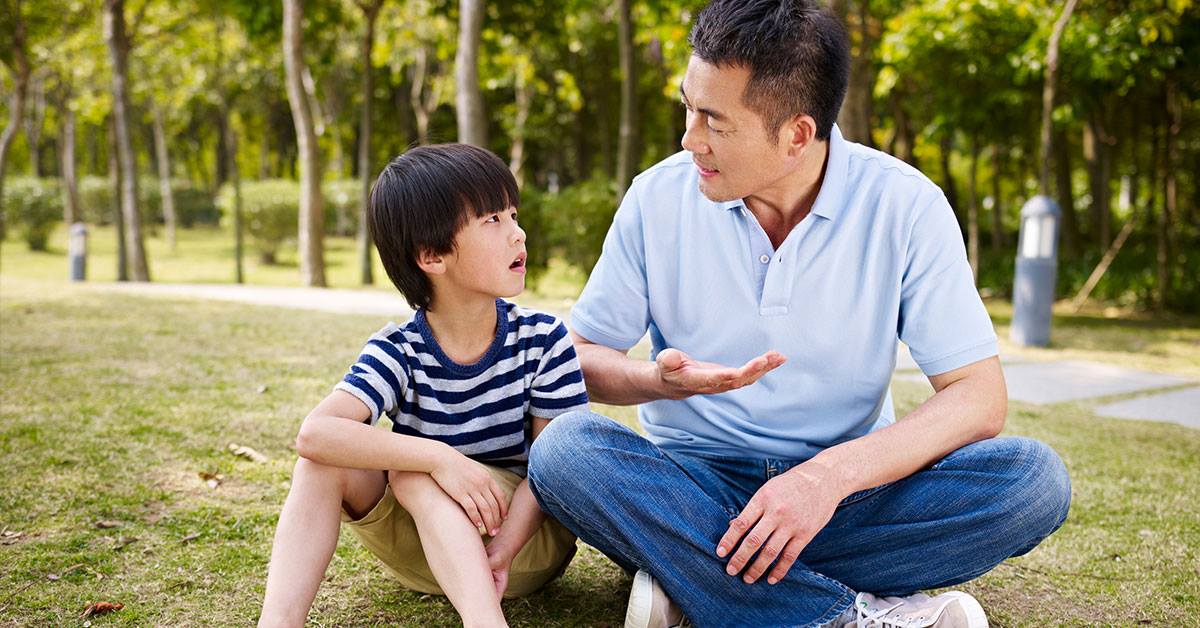 Social and Emotional Learning
Photo from the Committee For Children

Parents Know SEL Is Key to Kids' Success. That's Why They Want It in Schools.

In May, the Committee for Children and the Benenson Strategy Group released a poll that found the majority of parents support social-emotional learning (SEL) in the classroom. That’s a far cry from what one might think based on negative press campaigns against it, launched by conservative leaders working with a vocal minority of parents.

Brightbeam CEO Chris Stewart spoke with developmental psychologist Dr. Tia Kim of the Committee for Children about SEL and how most parents really feel about it.

Chris: Does the idea that SEL is the way we teach kids to regulate their big emotions, know how to handle stress, and work collaboratively with each other resonate with you?

Dr. Kim: SEL allows kids to learn critical life skills that help them be successful not only in the classroom, but in life in general. Can you be a clear communicator? Can you work well with others? Are you able to think critically and problem solve?

We know that employers want those kinds of skills in their employees. I manage a pretty large team, and those are competencies I look for. My most successful employees are the ones who have those really important SEL skills.

Chris: Why was there a need for the Committee for Children to poll Americans on this?

Dr. Kim: We've really just wanted to understand parents and families, and their thoughts around SEL. What better way to do that than just to ask them?

We collected data from thousands of families to help us better understand what their thinking [was] around supporting social-emotional skills and kids.

Chris: Can you make sense of the recent pushback on SEL?

Dr. Kim: There just seems to be some misconceptions of what SEL is, so I always like to start with what it really is: teaching important life skills to kids to help them be successful. There might be pushback around why is that happening in schools rather than in families.

I think families have the most important job, because social-emotional development, support and growth is really going to start in families. But schools are an extension of that.

If we look at our kids’ time, they spend an inordinate amount of time in schools. So, in schools, we have to support that as well. We know from research that if they know these skills, that helps them in school settings. It helps them with their academics. It helps them to become more focused and productive.

In a perfect world, if every child had really great social-emotional competencies, it would make educators’ jobs a lot easier.

Chris: That's interesting, because when you [went] out and [did] your poll, you [found] that this oversampling of parents who are pushing back on it in the media are actually not representative of parents at large. So tell us more about that.

Dr. Kim: The way I like to think about it is as a nationally representative sample of parents and families in the country. So what that means is a sample of our demographics in this country look alike and what we found in this opinion polling was that parents and families across different demographic groups, across partisan lines, really agree that teaching these critical life skills is one important part of what good quality education should look like. I think that data is really supportive of this idea and research shows that it is important to teach SEL—in the home, but also in schools as well.

Dr. Kim: What we found were two things related to that. Parents who say, yes, it's being taught in their school, nearly 30% of them said they wanted to see more SEL in their school. Nearly 60% of parents who say their kids’ schools aren't teaching SEL say they strongly support the skills being taught in the classroom. This highlights how important they think it is for their kids to get this kind of instruction.

Chris: Much of what we've seen in the past is that one of the number one priorities for parents when they think about a school is safety. It even rises above academics oftentimes—is the school safe, teaching children these skills, their SEL skills. Have you seen data that shows that it overall reflects in better, safer classrooms, safer schools?

Dr. Kim: There's a lot of research that shows that improvements in SEL of students actually contribute to a better and more positive classroom culture. If there are a lot of socially-emotionally competent children and there are a bunch of educators who are really supporting that, you tend to have a better culture and climate, which makes it a safer, easier, more engaging place to learn. We also know that SEL helps with trying to promote student engagement and belonging, which are really important to helping kids learn.

Dr. Kim: I would say SEL and academics doesn't have to be an either-or. It doesn't have to be a choice. If you want kids to do well and be successful in school, they also have to have social-emotional skills. Like you can't really have one without the other. So if you don't have a socially emotionally competent child, it's going to be much harder for that child to be able to learn and do well academically.

If you want your kids to do well, you also need to improve their social-emotional skills, so they can be ready to learn, be able to focus and be productive.

I'm a parent myself. This just reminded me of this conversation I'm having with my middle schooler. He's having an issue with a particular teacher. My advice to him is, in life, you have to work with people that don't have the same communication style as you or the same kind of workstyle as you. So for him to be successful in that class, he has to exhibit some SEL.

Chris: What do you think the role for parents is to learn more about SEL, so it's not really just all on the schools, so that we can be in partnership a little bit with the schools, and we can reinforce things at home that helped kids at school, too?

Dr. Kim: Families are super, super important in kids’ social-emotional development, we know that research, and it really does start at home. I think most families really want to make sure that we're raising really socially-emotionally competent children and we're teaching those skills at home. And it really is, like you said, thinking about how it could be a good school partnership, and working together to really support all our children.

Chris: What would you hope to see people who make decisions about our schools or policies do with some of your findings? What would what's the message for them?

Dr. Kim: I think the message would be that there seems to be wide support for SEL, particularly in education and in classrooms. There's lots of other research that has wide support from schools and educators of how important SEL is, particularly during the past few years during the pandemic, and how much they know that their students need it. What I think our polling shows is that there's actually wide support from families as well, and it's nice to see that alignment between schools and families.

Chris: I'm sure you have heard in your quest to become a PhD and get your doctorate that oftentimes that scholarship is biographical. In your bio, it says, Tia Kim decided she wanted to be a psychologist at age 14. When you do this type of research, do you think that there are connections of how you had some of these skills that helped you be successful?

Dr. Kim: That is always a funny statistic because anyone that reads that it was like, people that are 25 or 30 still don’t even know what they want. I think part of social-emotional skills is also goal setting. I've always been really goal oriented. From the age of 14, I had this goal that I set in mind that I wanted to be a psychologist so I think that those types of skills helped me. I had a lot of confidence. I was really motivated, can be really focused and manage my time very well. Those are all social-emotional skills. I was fortunate that some of those things I just had, but I also had to improve them and learn them over time as well. It always tends to come back around to social-emotional skills. For my son, that's even when we talk about schoolwork, it always tends to come back around to social emotional skills. How are you managing your time? How are you being focused in class and being able to pay attention and listen? I think those are all super important skills to be successful.

Chris: Is there anywhere else that you're desirous of the research to go?

Dr. Kim: I think this is a great step to just really understand what parents and families are thinking. It's just a real confirmation of how important everybody thinks these skills are for their kids and for young people, and that it's important to teach that in schools. I really do think it's important to figure out how different contexts can really support one another. How do schools effectively support the work of families? How do families effectively support the work of schools? There's this whole theory in developmental psychology called a social ecological framework and it sounds kind of a big thing. But at the heart of it, simplistically, what it is, is that every individual is impacted by multiple systems that they're within: a family as a system, school as a system, and without recognizing that these systems have to work together to build successful children, you're not really going to get the most bang for your buck, or the most impact on kids development.

Chris: If somebody's listening to this, and is a parent, and says, “I'm going to be a good advocate for this.” What would you hope that parents would do with the information to be good advocates to say no, to stand up in their communities, and to say, “No, that I think this is a good thing for kids?”

Parents Know SEL Is Key to Kids' Success. That's Why They Want It in Schools.