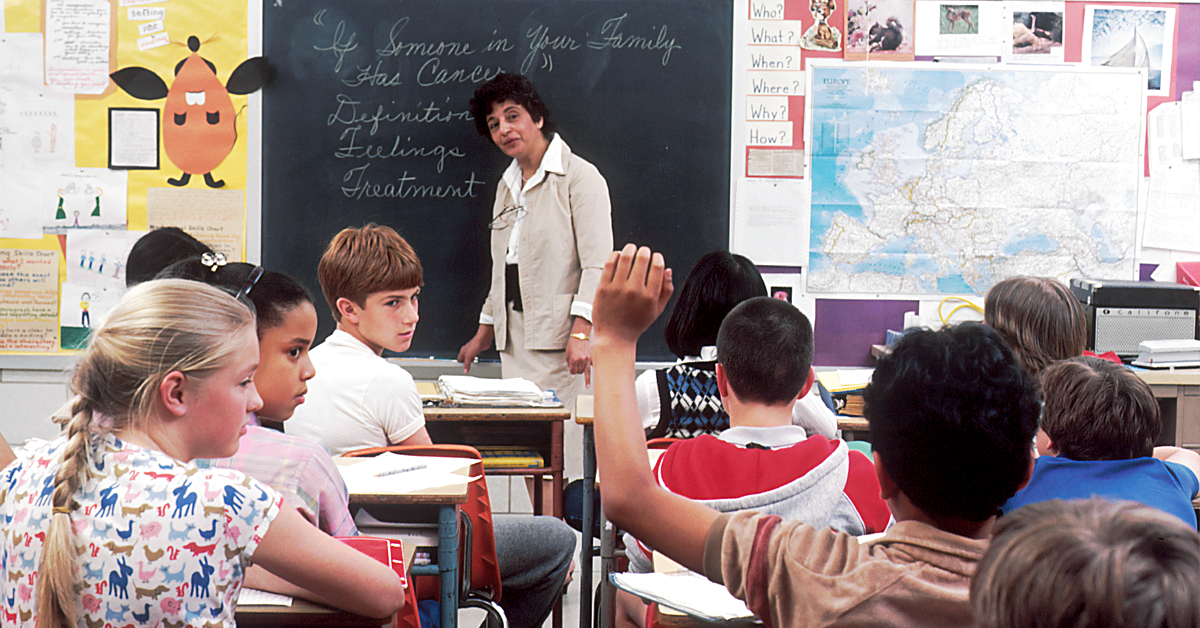 In public conversation, at least, Americans love meritocracy, the notion that the consequences people face are largely a matter of their choices. It’s the central element of the mythology of the “American Dream”: 1) work hard and 2) you’ll get the rewards that 3) your hard work merits.

If you doubt this, consider: nothing roils American politics like the prospect of someone, somewhere, getting something they don’t deserve. Witness conservative outrage at student loan forgiveness or the social safety net. Witness the longstanding progressive argument critiquing the “work” done by the nation’s wealthy by comparing it with the productive work of most American laborers.

Obviously, schools are central to American meritocracy. They are “the great equalizer” of Horace Mann’s dreams. They are where we, the public, inculcate kids with the basics of our system: work hard and you’ll earn your way through the grades and into the workforce and the good life. This is how we link our individualistic meritocratic creed to something like a democratic belief in human equality. Schools promise common access to opportunity, a place where all Americans begin their ascent into adulthood, citizenship, and economic well-being.

This is public education’s actual connection to democracy. Our democracy is only as good as our public schools’ ability to deliver on the country’s promises — for all children. And yet, data keep pouring in, showing American social mobility flagging. Increasingly, it appears that the American Dream is just that, a gilded figment of imagination, a threadbare scrap of disingenuous rhetoric.

Like essentially every public institution in the United States, American education’s history has roots stretching back through sedimentary layers of injustice. Children get guaranteed access to the school in the neighborhood their families can afford. And though it can be hard to notice now, the foundations of the American real estate market were structurally racist — by design. Federal redlining policies restricted access to credit in historically Black neighborhoods. Racially restrictive covenants were often used to block Black homebuyers from accessing communities. And now, as ever, homeowners regularly resist any efforts to develop more — and more affordable — housing in their communities. In sum, American housing segregation isn’t a product of happenstance: it’s a consequence of design.

Unsurprisingly, the present state of American schools echoes this intergenerational commitment to racial inequity. We have built a system in which our children neither live nor learn together. Is it a surprise that the broader American community is starkly riven by race and class?

In a moment of widening economic inequality and diminishing social mobility, we ought to assess how well schools facilitate — or exacerbate — these divisions. Do schools provide a common, high-quality experience for all children? Are they institutions that, in opening their doors to children from a wide range of backgrounds, help to undo inequality? Or are they a mechanism for bifurcating American life — an inflection point where we systemically divert some children towards opportunity and consign others to a lifetime of insecurity and marginalization?

At present — American schools are increasingly privilege conversion machines. Ours is a country where inherited ancestral privilege is — however insincerely — rejected as a premise for gaining power. But that doesn’t mean that parents ever stop wanting to ease their children’s path to success, and many find ways of using schools to facilitate the transfer of unearned advantage into an earned credential.

The easiest way is for wealthy families to purchase access to highly-resourced, mostly-wealthy, mostly-white schools in K–12 and higher education. Nepotism like legacy admissions may be frowned upon, but it’s all but expected that privileged parents will — even should — pursue enrollment at elite K–12 schools that boost their children toward postsecondary credentials of even higher prestige.

Is any of this actually necessary? Does it substantively benefit privileged children? No. Research shows that wealthy, white children do well in school regardless of whether their parents choose segregated, privileged campuses for them.

But that segregation — separating children by race and class from the beginning — is amply threatening to American democracy. A country that purports to value the merit of individual hard work cannot long tolerate a rigged educational system that’s deeply intertwined with access to economic opportunity. A country premised on the value of public discourse between equal citizens cannot survive yawning educational gaps.

To Preserve Democracy, Break the Link Between Housing and Schools

But these are the facts today. America has stark and discouraging mobility gaps for black and white children. America’s wealthy are further from the rest of us than ever before. It’s time to detach access to public schools from families’ ability to purchase housing. It’s time to reengage public schools with the public good — campuses that bring together children from diverse backgrounds and give them genuine chances to succeed.

This can start with individuals. Parents who claim to prioritize social justice and educational equity should recognize the fundamental hypocrisy of buying into segregated, high-wealth neighborhoods and murmuring, “yes, yes, we moved here for the schools.” They can cheerlead for the development of denser, more affordable housing in their communities and ensure that newcomers from diverse racial, socioeconomic, linguistic, and cultural backgrounds are incorporated into their schools — not assigned to segregated campuses through gerrymandered school enrollment boundaries.

But, ultimately, the solutions will need to be systemic. They’ll require community- and even region-wide commitments to detaching housing purchases from school enrollment (to say nothing of a major push to unwind the racist elements of U.S. housing policies). Then, they’ll involve meaningfully equitable school funding formulae to ensure that all schools have the resources they need to help their students succeed. And they’ll need investments in transportation that allow children to have the widest feasible access to schools throughout their communities. That’s a path toward building a truly equitable, authentically meritocratic public education system.

Does this sound impossible? Or too expensive? If so, ask yourself: how does it measure up to the further erosion of public faith in U.S. schools, democratic institutions, and the meritocracy of the American socioeconomic system?

Conor P. Williams is a fellow at The Century Foundation. Williams was previously the founding director of the New America’s Dual ...
View profile