Mayor Pete, If You Want to Be the Millennial Candidate, Support School Choice

Over the last 10 months or so, Democratic South Bend, Indiana, Mayor Pete Buttigieg has gone from affable unknown to the top of the polling pack in Iowa, the first-in-the-nation presidential nominating contest. Although the 37-year-old isn’t the only millennial vying for the Oval Office, he’s currently the only one polling well enough to make an arguable claim to the “millennial candidate” mantle.

But when it comes to truly representing his generation, Buttigieg faces a considerable roadblock: Meaningful school choice is one component that has largely been missing from Mayor Pete’s proposed policy agenda as he tries to thread the needle between the party’s other polling frontrunners, the left-leaning Senators Elizabeth Warren and Bernie Sanders and the moderate former Vice President Joe Biden.

Buttigieg has been wishy-washy on matters of school choice. The mayor has said charter schools “have a place … as a laboratory for techniques that can be replicated.” This is a good start because he’s speaking in good faith about charter schools, which is more than we can say for a majority of the Democratic presidential hopefuls. Thumbs up.

And, Buttigieg’s husband, Chasten, taught at a private school and in the Chicago Public Schools system, so he has someone by his side as a resource to help him speak on issues like school choice thoughtfully—nevertheless, the candidate has been largely quiet on the topic.

What’s problematic about his hesitance is that school choice is an issue that his generation is as close to a consensus on as one could reasonably expect in an age of stubborn political polarization.

In 2017, 75% of millennials surveyed by the American Federation of Children were on board with providing more education choices to families—they were the most supportive of any age group, in fact.

And it’s not just millennials who may be swayed by a conversation about opening educational opportunities to more children. An AP-NORC poll from 2017 found that “47% [of all age groups surveyed] favor more charter schools, defined in the survey as ‘public schools that function independently of local school district control,’ and 23% oppose.”

In 2019, an Education Next poll found 48% overall voter support for expanding charter schools—charter schools being only one option of many to improve schools for kids.

The Black and Latino parents whose kids attend charters (many of these parents are millennials themselves) say they support charters 55% and 47%, respectively. These are the same families whose concerns clearly aren’t being adequately addressed by Buttigieg’s other campaign promises. Otherwise his polls in states with people who aren’t almost universally White may be better than the 0% African-American support the mayor received in a recent South Carolina primary poll.

If Buttigieg listened to them on this issue, he’d support something that is already a mainstream belief among his age cohort, which includes parents of color who have so far, rightfully, shown a lot of skepticism toward the mayor. If Buttigieg were a proud supporter of things the rest of his (incredibly large and diverse) generation also supports, the path to the nomination will probably start to look shockingly good for the recently unknown chief executive of the fourth-largest city in the nation’s 17th-largest state.

So, why is Mayor Pete so cautious about supporting school choice? The obvious answer—teachers unions are a powerful political opponent. Any candidate would be happy to receive their endorsement, financial contributions and on-the-ground support. But Buttigieg isn’t a likely choice. Diane Ravitch has already marked him as an undesirable candidate, and his report card from Ravitch’s Network for Public Education is no better.

Curiously, when Buttigieg has spoken on school choice issues, he’s waded into vouchers—one of the touchiest areas in education politics. The candidate has said, “[School vouchers] take dollars out of our public schools at the time when we know the schools don’t have enough resources going into them to begin with.”

The data shows a slight uptick in voucher interest in recent years, however. So he’ll have to address those families’ concerns in a more nuanced way in the future, even if the disagreements remain. These families are serious about fixing schools for all kids and finding common ground with them could be a gateway to a significant change in the education space.

Together, they just might cement themselves as the generation that made education reform into something pretty dang substantial. So, if Buttigieg really wants to be “the millennial president,” getting in line with his generation on this issue may not only help his cause in the race, it might also help to shift the national conversation around charters and school choice. 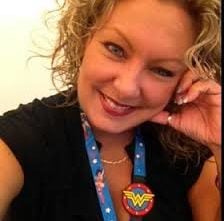