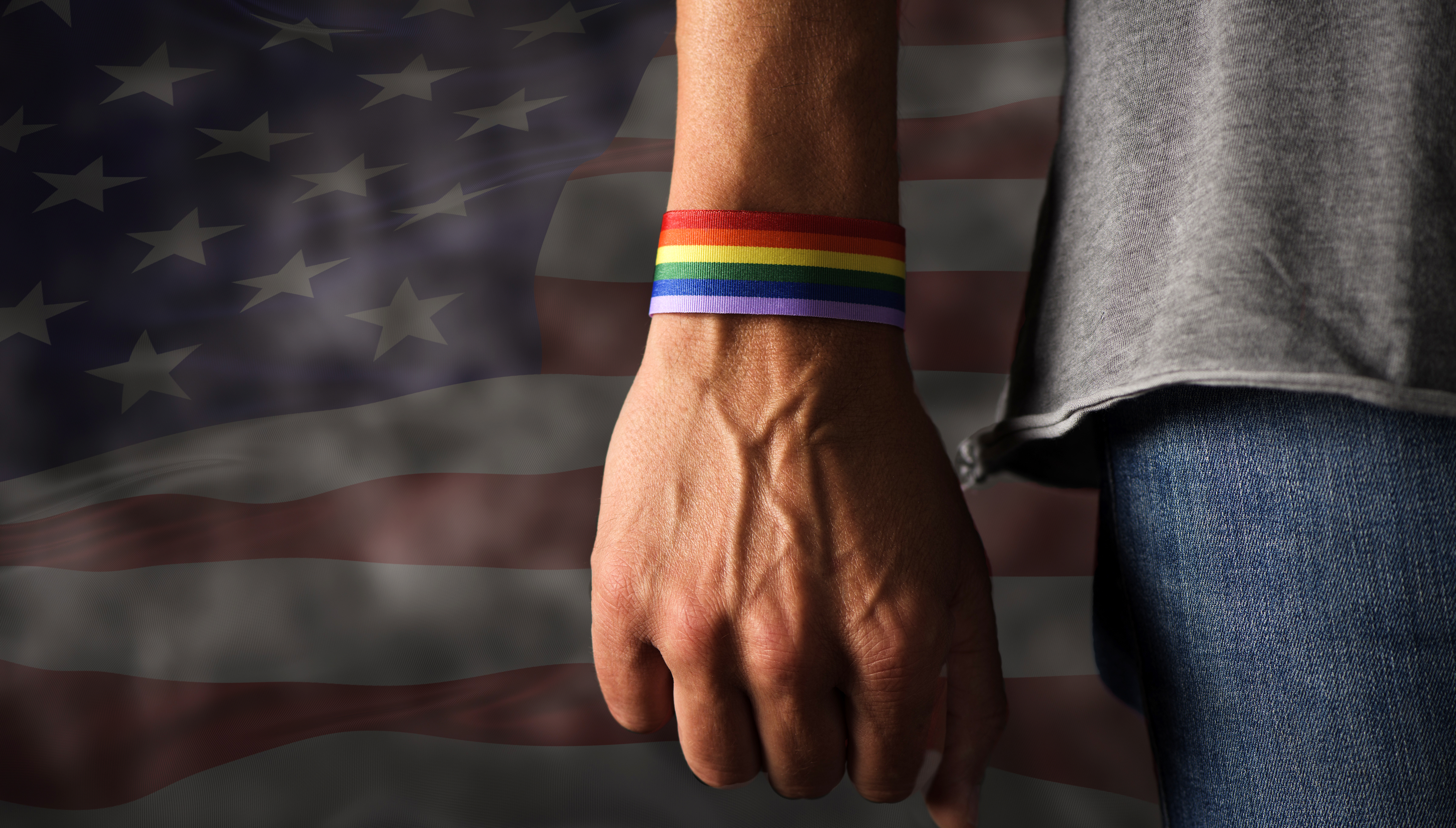 LGBTQ Youth in Military Communities Need Our Support. Here's Why.

Two overarching aspects—one logistical, one cultural—are central to their experiences.

Finding a New Safe Space is a Challenge

Pack up. Move. Find a new safe space (or not). Repeat.

If there’s one thing that everyone knows about military children it’s that they move and they move a lot. Frequent moving also means that the family unit tends to be the sole opportunity for support and a sense of belonging. Community-based organizations like the neighborhood YMCA, after-school clubs and best friends’ houses are temporary fixtures.

This reality has particular implications for LGBTQ military children, as places outside of the home are often havens for young people who aren’t able to find acceptance, or even safety, at home. LGBTQ military children may find themselves in the position of needing to find their safe spaces over and over again. Some may quickly identify pockets of safety, while others may find that it’s physically or emotionally safer to spend a few years back in the closet even after having been relatively “out” in their last location.

The Difference Between Affirmation and Isolation

Military communities are unique cultures. While they aren’t geographically fixed, they hold the same level of distinctive cultural norms that one might see in different regions (e.g., West Coast, Deep South, Mid-West, etc.) or different population hubs (e.g., rural, suburban, metropolitan, etc.). For LGBTQ youth in general, where their community sits on the conservative-to-progressive continuum is significant; it can mean the difference between affirmation and isolation.

While military communities in 2019 are certainly not the communities they were in 1950, tradition and conservatism still prevail. Ideas of (and constraints on) gender and sexuality are shaped by an interplay between religion and patriotism, and court cases and legislation over the decades—from women in combat to Don’t Ask Don’t Tell to a ban on transgender service members—reinforce norms that don’t leave much room for LGBTQ military children.

Meeting the Challenges of Self-Discovery

What is just as important to understand is that for the unique challenges that LGBTQ military children face, they also draw upon the strengths that come from this unique upbringing. By the time most LGBTQ military children discover the relational and social realities that come with their identities, they have had opportunities to establish and reestablish themselves in new regions more than once. Young people who have been supported in making these significant transitions successfully already have an idea of what they are capable.

In the best cases, LGBTQ military children can meet the challenges of self-discovery with the assurance that they already have the tools to navigate life-changing situations. Seeing worlds beyond their own also gives military children a perspective on what’s possible beyond their immediate environments. Knowing that your current experience isn’t likely to be your only experience can make a difficult situation seem, at the very least, temporary and bearable.

Surprisingly little attention has been paid to this population. I’m an educator and youth worker, this was my personal experience, and it even took me decades to begin thinking about the experience! By creating awareness, starting meaningful conversations and investing resources, military families and communities can ensure the delivery of informed and intentional education, support and advocacy for this group of young people who are serving their countries right alongside their parents.

KJ Ward is the former director of Boston GLASS, a supportive-services center for LGBTQ youth, and a former commissioner on the Massachusetts Commission on LGBTQ Youth. Today, KJ is an independent editor, writer, and education consultant. He is also the co-creator of "Born and Raised" and  lgbtqbrats.com, a media ...
View profile