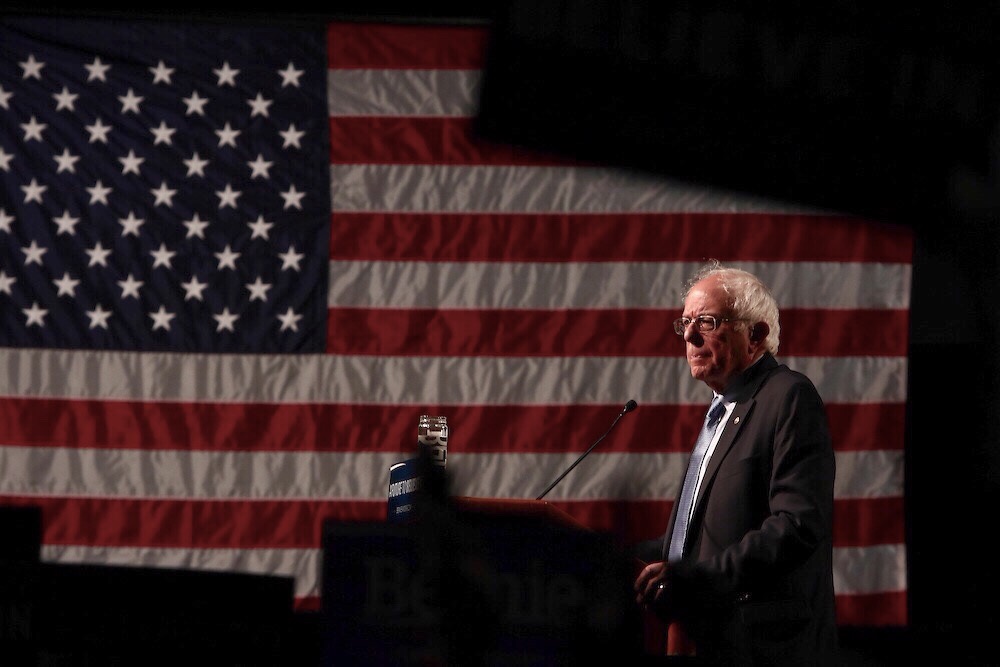 In 2016 I Gave Money to the Bernie Campaign. Now I’ll Be Damned If I Give a Single Penny.

In 2016, I gave money to the Bernie Sanders presidential campaign. It was and remains the first and only time I have ever given a financial contribution to a political candidate.

This morning, I got a fundraising email from the Bernie Sanders presidential campaign.

And I’ll be damned if I give a single penny.

In the email, his campaign attempts to sweep up my support, along with my dollars, through misleading pandering that shows me that he is, regrettably, just another politician.

Why is it that we allow charter schools to siphon public money out of public schools—often with worse results—simply to enrich Wall Street executives, Silicon Valley CEOs and billionaires like the DeVos family?

See what he did there?

In a deft move of political misdirection, the Sanders campaign conflated his base’s hatred of super wealthy villains with misleading and false statements about charter schools.

First off, charter schools are public schools, and many provide significantly better educational outcomes for students than their district school peers. In a perfect world, charter schools wouldn’t be necessary. But when school districts like Philadelphia have four-year graduation rates lower than 70% and New York City has proficiency rates of less than 50%, families need charter school options.

Furthermore, charter schools don’t siphon money away from traditional public schools any more than private and parochial schools do. In Pennsylvania, budgets are apportioned by student, not district. Therefore, dollars belong to the student, not the district. If a student takes those public dollars to the district, that’s their prerogative, just as it is if they choose to take those dollars to a charter school, nevermind the fact that the charter will receive only 70% of the amount a district school would get.

The Sanders campaign promises to “Ban for-profit charter schools and institute a moratorium on public funds for charter school expansion.”

That is some sneaky stuff. By putting the for-profit ban in bold, but not the moratorium for charter school expansion, Sanders has clouded the issue. I agree, for-profit schools need to go, but guess how many charters out of a hundred are for-profit? Fifteen.

Sanders and his campaign then go after school segregation by citing our nation’s supposed symbol of racial progress, Brown v. Board of Education. I say “supposed” because while the case did rightly outlaw legal segregation, it did little to address tacit segregation and also unintentionally decimated the Black teacher workforce in this country when “over 38,000 black teachers in the South and border states lost their jobs after the Brown v. Board of Education ruling in 1954.”

The campaign asks, “Why is it that 65 years after the Brown v. Board of Education decision, we still have shameful funding disparities and segregation in our school systems?”

Why? Because we are a nation built upon White supremacy, that’s why.

These calls to integrate are therefore, perhaps unwittingly, another symptom of  White supremacy. I know this is hard for us White progressives to understand, but it’s true. When we talk about integration, we talk about moving Black children into White spaces, not the other way around. It assumes, and therefore ensures, that quality education is dependent upon its degree of and proximity to Whiteness.

No family should have to send their child out of their neighborhood to get a quality education. Want that to change? Then abolish funding formulas that equate a school’s funding with it’s zip-coded tax wealth and eradicate the perverse incentive to choose where we buy and rent our homes based upon the school zone.

In 2019, I feel anger at a man and a campaign who is pandering to our perceived self-righteousness while ignoring the very families for whom they purport to represent.

Photo courtesy of @monsterphotoiso via Twenty20.