Hey Shawnta! How Can We Ensure Students Learn About Our Veterans?

There is a lot of focus on adding more cultural months to the curriculum; that should be taught at home. What about Veterans? How can we ensure students learn about our vets?

This question came from a dialogue I had with a person in response to a previous Hey Shawnta! column about incorporating Latine history throughout the year. The person asserted that this was not important, but our veterans were.

Why Do We Have to Choose?

Just as I believe that teachers should be culturally responsive and incorporate aspects of our students’ heritage and culture, I also believe teachers can do a better job lifting up veterans and the military.

Most of the time, there is a morning announcement in November on Veterans Day asking students to thank a vet. That tends to be the summation of honoring veterans in many schools. Some schools engage more.

In November 2019, my twin sons were in third grade, and their school had a Veteran’s Day program. Both of their grandfathers who served in the military—my dad served in the Marines, and my father-in-law served in the Navy—were in attendance. We took a photo that day, and it is one of the last few photos we took with my dad before he died in January 2021. 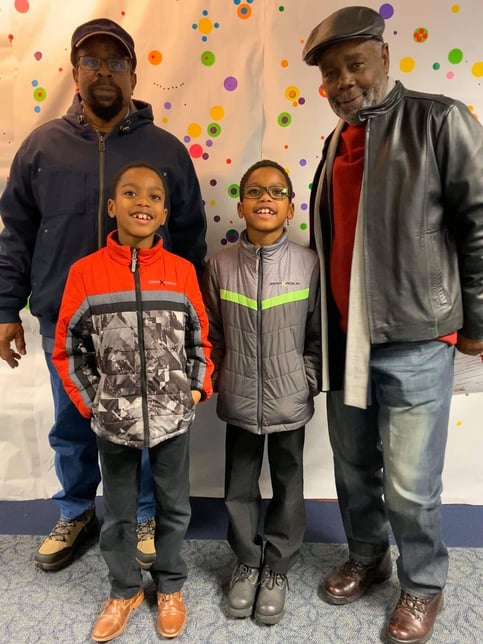 How Can Schools Do More?

It starts at the top with administration. We have to shift from the mindset of being college and career ready. Some schools use the 3Es model: enrollment into college, employment at a job, or enlistment into the military. Students need to know all three are appropriate pathways.

When students learn about war in school, students need to learn more about the men and women who suit up to defend and protect us. This is an opportunity for students to learn what people who join the military have to do and the benefits of their service to their country, other countries, and for themselves and their families.

It is also important to talk about how veterans have been treated historically. My father earned a Purple Heart when he was shot during the Vietnam War. When I was an adult, he shared about the racism he faced. In November 2017, he granted me an interview and shared his story publicly. What I wish I still had was an assignment from middle school. My teacher had asked us if we had any veterans in our family who would be willing to share their stories. My dad wrote out some of his experiences. That was the first time I had ever heard about my dad's experiences as a Marine or during Vietnam. It gave me a greater respect for him. I want students to have greater respect for men and women who defend freedom.

More than that, I want the generation coming up to support veterans better than we are currently. They matter. They should have better support for the physical and emotional trauma they are coping with daily.

Veterans should be invited to schools to share their stories. Students can write to them through programs like Operation: Military Matters and, as my sons’ school did, a program can be put together to praise and thank veterans for their service. We have to do more, and students should see the military as a potential pathway for their future.

Even though the curriculum is packed, we can still find the space and time to squeeze in our veterans—they are American heroes.