Which of the following is too political to be displayed in a public school teacher’s classroom?

This question exemplifies the challenge of the surprisingly potent “no politics in the classroom” mindset that has led to pushback against educators’ efforts to make students feel welcome, protected and embraced. Teachers are facing heat for displaying #BlackLivesMatter posters in their Bitmoji classrooms in Georgia and Texas, forcing us to consider a crucial question: How can “no politics in the classroom” work when education is inherently political?

To be clear, it makes sense that educators should not be communicating or vividly displaying outright support of political candidates in their classroom environments, because let’s be real: For every teacher who might wear a t-shirt supporting the same presidential candidate as I do, another teacher could be wearing the t-shirt of an opposing candidate whose policies I abhor.

However, most teachers in the hot seat for so-called “political speech” in the classroom are not getting in trouble for outright support of electoral candidates. Instead, the speech that causes outrage, censorship, and accusations of divisiveness tends to involve political beliefs: a teacher with a sign up that says, “No humans are illegal.” A teacher hanging a rainbow pride flag in support of LGBTQ+ rights. And a teacher wearing a #BlackLivesMatter t-shirt.

Educators are employees of a school system and therefore their rights deviate in some important ways from the free speech rights of students attending the same school system. In the seminal 1969 school free speech case, Tinker v. Des Moines, the court ruled that a school violated students’ constitutional right to free speech when it punished students who wore black armbands in opposition to the Vietnam war.

It can hardly be argued that either students or teachers shed their constitutional rights to freedom of speech or expression at the schoolhouse gate.

The spirit of this quote has become an important part of understanding free speech in the K-12 education context.

However, there are two important caveats to this.

At the same time, it is hard to understand how a teacher’s statements of political beliefs could be open to challenges or discipline unless they (1) explicitly address electoral politics, like support for a particular candidate, or (2) express generally unacceptable beliefs that are racist, sexist, homophobic or otherwise abhorrent. Often, school systems rely on provisions of teacher contracts or collective bargaining agreements to determine whether a particular instance of teacher speech crosses the political line.

In practice, the risk-averse culture of public education means that school systems often stay neutral or remain silent when it comes to potentially divisive political beliefs. This means that even when a teacher’s contractual language clearly states that political speech is not allowed in the classroom, school systems are in a risky space if they start applying “I know it when I see it” standards to determine whether a certain type of speech is political.

Moreover, even though a school system’s public relations team, risk management department, and general counsel’s office would prefer that teachers avoid any political speech in their classrooms, this preference misses an important point: Silence is speech, too.

The silence of a school system that has not affirmatively proclaimed its belief that Black Lives Matter speaks volumes at a time when hundreds of school systems have done so. The silence of educators is heard loudly and clearly by students when these educators have not affirmatively communicated that their students must feel welcome, protected, and embraced regardless of their race, nationality, sex, gender, sexual orientation, gender identity, immigration status, or any other factors that form our students’ identities.

My 'Political Science 101' definition of politics is instructive in exploring these questions: Politics is “who gets what, where, when and how.” It is impossible to separate politics from education when education is the largest direct expenditure of every state’s government.

“All politics is local” takes on a much deeper meaning when school funding beyond the state government is determined by local property tax revenue or when the always-contentious issue of school zoning boundaries is up for debate. From COVID-19 reopening plans to school transportation options for students (or the lack thereof), there is no shortage of politics in education, and that’s before we even start talking about what actually happens in the classroom.

The myth of an apolitical approach to education gets dismantled the moment we address what happens in our classrooms. This goes beyond hot-button classroom issues like whether sex education is taught in school or whether schools use antiracist curricular resources like The 1619 Project. Last year, the New York Times studied the same company’s textbooks used widely for American history in Texas and California to show that the different state's versions told two vastly different stories. The inherently political nature of education is undeniable.

After considering this, let’s return to the opening question: Which of the following is too political to be displayed in a public school teacher’s classroom?

It is hard to imagine angry parents screaming at a school board meeting because a teacher had the words “We hold these truths to be self-evident that all men are created equal” hanging in his classroom. But is it really apolitical to deify a document calling for overthrowing the government in the name of equality for a select group of white property owners?

And even though this next phrase reads as an explicit directive to question the extent of equity in our country, a poster asking “O say does that star spangled banner yet wave o’er the land of the free and the home of the brave?” would probably not be labeled as anti-American propaganda.

I also cannot imagine a teacher facing discipline for hanging up the full text of Dr. King’s “I Have a Dream” speech in her classroom. It might be different, however, if instead of blowing up the “content of their character” quote on the top of the bulletin board, a teacher decided to prominently display the excerpt of this famous speech that said, “the Negro still is not free.” The same goes for Dr. King’s not-so-universally-loved line, “America has given the Negro people a bad check, a check which has come back marked ‘insufficient funds’.”

There is almost no doubt that this would lead to pushback. Phrases like these might be hard to hear. They may rub listeners the wrong way. Students, parents and even some educators themselves may become defensive when they hear lines like these. But these statements, while tough to hear, are factually accurate.

And when it comes to policing political speech, school systems certainly cannot justifiably set a standard that would allow educators to cherry-pick the lines of documents and then decide to penalize people for highlighting excerpts deemed “too political” when they accurately call into question our country’s aspirations toward equity.

At a time when there are legitimate questions in our country as to whether Black lives actually do matter, a positive affirmation to students, families and communities is the least school systems can do to affirm that Black lives truly matter. They are worthy of being singled out. Why? Because their pain is unique.

Doing Right vs. Being Right

Even school systems who want to be sticklers to “the contract” could face free-speech challenges when it comes to expressions of political beliefs like those I’m discussing here. Generally speaking, if employees sign a contract agreeing not enter into or be involved in conversations that seem overtly political, then they can be subject to discipline. But, even then, I wonder how wise it is for a school system to publicly defend its right to subject an employee to discipline for asserting these messages, particularly a system serving the very students that these messages are meant to welcome, protect, and embrace.

Angry parents should not matter more than students whose existence should be validated. Remember, angry parents resisted the integration of schools and most efforts to make non-white students feel welcome, protected, and embraced in those schools. If politics is about who gets what, when, and how, and if school systems themselves are deciding to prioritize parent outcries in the battle of who gets what, when, and how, then it is these systems themselves, not the educators, that are “too political.”

This may not be the official legal opinion that a judge would issue in a court of law. But a judge’s opinion should not be our guide here. One of the core tenets to the definition of critical thinking that I prescribe in my work with thinkLaw and my book Thinking Like a Lawyer: A Framework for Teaching Critical Thinking to All Students is that doing right is more important than being right. Equity work should not feel comfortable. In fact, if equity work feels comfortable, there's a good chance your school system is not really doing equity work. Comfort is a privilege. Silence is a privilege.

As Dr. King stated, “Our lives begin to end the day we become silent about things that matter." This means that if education systems are committed to the idea that doing right matters more than being right, “no politics in the classroom” can no longer be an excuse for silencing those who are intentionally showing students who feel the least welcome, protected and embraced that they are, indeed, welcome, protected and embraced.

This post originally appeared on Teach For America.
Photo by Jesse Hagopian. 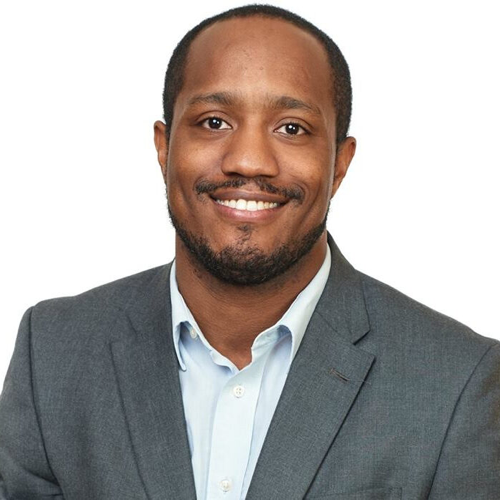 Colin Seale is the founder/CEO of thinkLaw, an award-winning resource that helps educators teach critical thinking to all students using real-life legal cases and the president of the Charter School Association of Nevada. His new book
View profile