From Kindergarten to High School, Schools Show They Don't Give a Damn About Black Lives

Across the globe, millions of people are protesting police brutality and systemic racism in response to the murders of George Floyd, Ahmaud Arbery, Breonna Taylor and countless more Black people. The uproar has spurred scrutiny of other institutions and social sectors, including education. Schools routinely criminalize Black bodies when they harbor police, target Black students for suspension and enact race-based school policies. One race-based school policy that must be scrapped is hair discrimination.

From kindergarten to high school, schools craft dress codes that criminalize students of color for their hair—and it's just one of the ways that schools show they don't give a damn about Black lives.

Hair discrimination isn’t new. It’s been going on for over a hundred years. In the mid-1800s, the Bureau of Indian Affairs boarding schools forcefully sheared Native American students’ braids, with the explicit objective of erasing their culture. And in the late 1960s, high schools often suspended male-identified students who broke gender norms by wearing long hair.

In the late 1960s, school administrators enacted dress codes that specified a required hair length for male-identified students. They created these rules in response to a growing number of male-identified students who rejected societal norms by growing their hair long. Among different ethnic groups, the symbolism and meaning of this long hair trend differed. The Beatles and anti-war groups inspired many White students, while students of color sought to reclaim and pay homage to the cultures of their ancestors. Although this gender-based hairstyle discrimination affected many ethnic and racial groups, White students more often wielded enough privilege to defend their hair choices in court.

None of the arguments had merit, but many courts still accepted them. And what’s worse, these same arguments—rooted in racism— prop up anti-Black hair discrimination today.

Schools have long been penalizing Black students for their hairstyles, and there are a number of recent examples that demonstrate this particular injustice is alive and well. An elementary school in Georgia labeled photos of everyday Black hairstyles as ‘inappropriate haircuts.’ In Fresno, California, a few fade lines on a Black middle school honor student prompted an in-school suspension. And in a Texas high school, dreadlocks violate the dress code. These stories, backed by research on disciplinary trends, confirm that anti-Black hair discrimination is a problem and needs immediate reform.

To defend these disciplinary decisions, schools resurrect the same three vacuous arguments we saw earlier: protecting the ‘educational environment,’ preventing violence, and promoting hygiene and safety. Some schools claim that protective hair braids would distract from the "educational environment." Others equate headwraps with prison or gang violence. And still others call natural Black hair products unhygienic and label dreadlocks as unsafe in sports. As with hair discrimination based on gender, it is absurd to suggest a link between hair and learning, violence or health. Instead, these school personnel impose their own racial, religious and cultural norms onto students, then create bogus rationales out of whole cloth to justify them.

If students are disciplined in or suspended from schools because of the culture they bring into schools—for the way they wear their hair, for the very way hair grows out of their heads—how can they believe their schools and teachers care about them and have their best interests at heart?

How can Black parents believe that their children are receiving an equitable education when the expression of who they are is literally defined as a violation of the norm?

Schools must not wait for the legislature to force reform. They must do more than voice obligatory support for the George Floyd protests in this moment, and then remain silent about the systemic racism in their own systems. Whether intentional or not—these policies are hurting Black children. Schools must immediately reform their discriminatory dress codes. 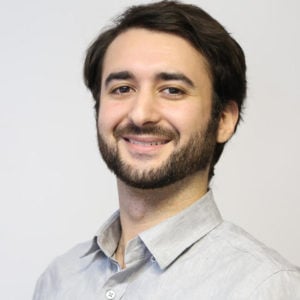 Andrew Ford is a data analyst at the New York City Department of Education, Division of Early Childhood. Before his current role, Andrew worked as a tutor, teacher and data analyst at Figure Skating in Harlem, a non-profit after-school program.
View profile