Culture-Based Education Looks Like This Wellness Program for Native Youth

Can outside speakers influence, inspire or motivate students if they just parachute in for the day and don’t have relationships with the young people with whom they’re speaking? How much impact can a guest really have on the lives of students if they don’t know the community context?

I have to admit, these questions swirled through my mind as I attended the first-ever “Journey to Discovery and Wellness” summer camp hosted by the National Indian Education Association (NIEA). I'd come to observe the camp because my employer, Bellwether Education Partners, is supporting NIEA to evaluate the impact of their work. But seeing first-hand how the speakers engaged students challenged my assumptions.

The event, aimed at middle-school-aged youth, offered activities and lessons to encourage healthy choices for holistic wellness and academics. Healthy lifestyles and self-acceptance are particularly important for Native youth, who experience the highest rate of suicide among 15- to 24-year-olds in the U.S., elevated exposure to violence, and high rates of addiction and unmet mental health needs.

As the days progressed, I learned two important lessons:

Native Identity As A Connection Point

The camp’s speakers were no accident. NIEA staff selected an assistant at an Indian health board, an art therapist and the coordinator of a national Native wellness campaign to deliver culturally relevant curriculum after having seen them present at previous events.

From the very first moments of camp, I saw how those choices paid off. Campers walked into a gymnasium on day one dragging their feet and wearing headphones. But as soon as Jacob Tsotigh, a citizen of the Kiowa Tribe and tribal education specialist at NIEA, began a morning prayer, all of the students respectfully closed their eyes and bowed their heads. Tsotigh was speaking a language of spirituality that was familiar to these youth.

This approach may seem simple, but it was part of a larger strategy to incorporate Native values into programming. NIEA knows that culturally responsive schooling has shown promise at improving Native academic achievement and that, according to research, the “most resilient Native youth are those who are culturally and spiritually grounded.” My colleague Laura Schaaf has also written about “The Power of Asset-Based Thinking for Native Students.”

Ninety-three percent of Native youth attend traditional public schools, where “teachers may perpetuate negative stereotypes […] leading to high drop-out rates and low self-esteem,” according to a report by NIEA. Native speakers can offer exposure to language and culture, as well as respect, hope, pride and connection. As NIEA executive director Diana Cournoyer (Oglala Sioux tribe) explained to me: “If a student hears [the speaker] is from an indigenous community, it can get the student to open up and be willing to learn. Something in your brain opens up—a willingness to listen—when you see yourself up there.” Shared cultural identity can build trust.

The camp leaned on Native culture in order to deliver positive messages in a variety of ways. As my colleague Katrina Boone recently wrote, one of the most highly rated activities (according to post-camp student surveys) was double ball, a traditional Indigenous game. And while students might have thought the main point was to have fun, facilitator Josh Tso, member of the Navajo tribe and project coordinator with United National Indian Tribal Youth, actually used the game to encourage communication and physical health. Other activities, like creating necklaces using traditional beading, taught youth to avoid drugs and alcohol. Explained camp coordinator Melanie Johnson (Sac and Fox tribe): “Culture is a good way to deliver prevention messages.”

The speakers didn’t have existing relationships with students, but they were able to capitalize on this by avoiding biases to give every student a chance. Since guest speakers had no assumptions about who was the class clown or who would get easily distracted, they gave everyone an equal shot to participate. Speaker Tommy Ghost Dog, an assistant with the We R Native multimedia health resource, facilitated a simple alphabet activity to practice team building and patience. For the activity leader, he selected a girl who had otherwise avoided eye contact. This student ended up taking the reins to suggest how the room could complete the task and kept everyone on track even when they messed up. After spending most of the morning hiding under her hooded sweatshirt, here she became a bit commanding in a way that helped the group get it right. By proactively involving her, Ghost Dog gave this student an opportunity to shine.

A teacher’s aide in the back of the room piped up after witnessing this dynamic, telling Ghost Dog: “I’m impressed with your ability to keep them engaged.” When I asked him about it later, Ghost Dog said it was important to connect with students, since he didn’t know if they received positive messages at home or school: “It’s important for me to show students that I appreciate you, you’re worth it, I’m glad you’re here, you’re valued here.”

Chance Rush, camp emcee, motivational speaker and enrolled member of the Three Affiliated Tribes of North Dakota, acknowledged the ways that teachers can sometimes be discouraging. As the only Native student in his alternative high school, he recalled hearing “you’re not college material.” But then a chance meeting with guest speaker Billy Mills, Olympic Gold medalist and member of the Oglala Sioux tribe, changed his life by demonstrating that a Native person could succeed—and succeed big. Tso, who also met Mills, said: “It took someone like Billy Mills saying ‘I’ll be watching you’ for me to succeed.” He later modeled the opposite of low expectations in a small way, saying “when you go to college” to the assembled students in the gym during a speech, instead of saying “if.”

To be sure, kids need both: caring teachers and inspirational guests. Students need someone looking out for them in their day-to-day lives, but they also benefit from big-name visitors who can inspire and motivate. Although I don't share the students' Native identity and culture, I do know what it's like to feel checked out at school and at home. But I was lucky. Despite some early traumas, I had a caring creative writing and English teacher who took me and my craft seriously every day. She also invited accomplished writers to our classroom, like Chris Abani and Jonathan Safran Foer. Those visits have stayed with me to this day. It was amazing that these novelists took the time to show us what kind of life was possible after school. And here I am, a professional writer and editor.

The good news is that Native communities are flush with role models, elders and spiritual leaders, so schools just need to make sure these individuals are integrated into learning and extracurricular opportunities. As college-aged camp aide Avery Underwood, a member of the Comanche tribe who grew up in non-Native urban communities, told me: “How different my school experience could have been with an Indian community backing me.” 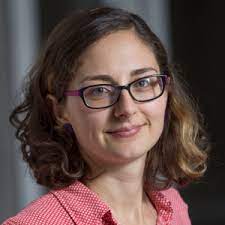 Tanya Paperny is the managing editor at Bellwether Education Partners, a national nonprofit focused on changing education and life outcomes for underserved children. She is also an essayist, poet and community builder, with previous work appearing in The Atlantic, The Washington Post, Pacific Standard and elsewhere. More at View profile 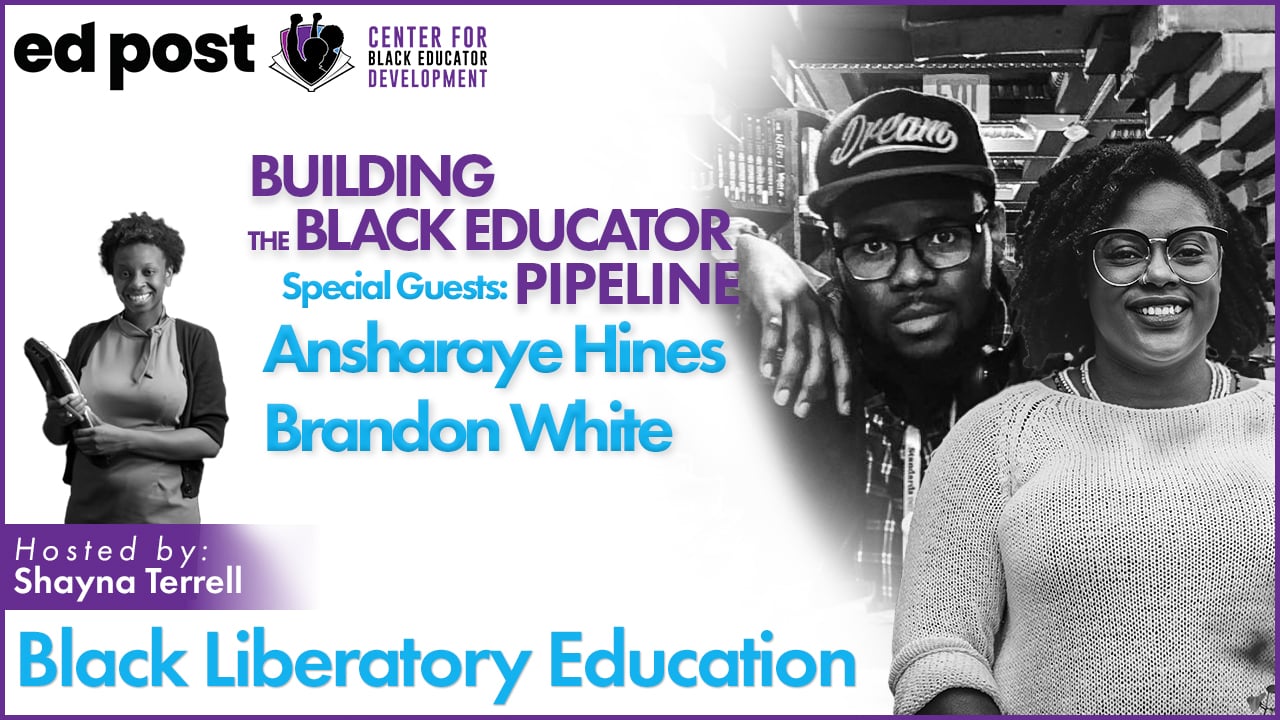 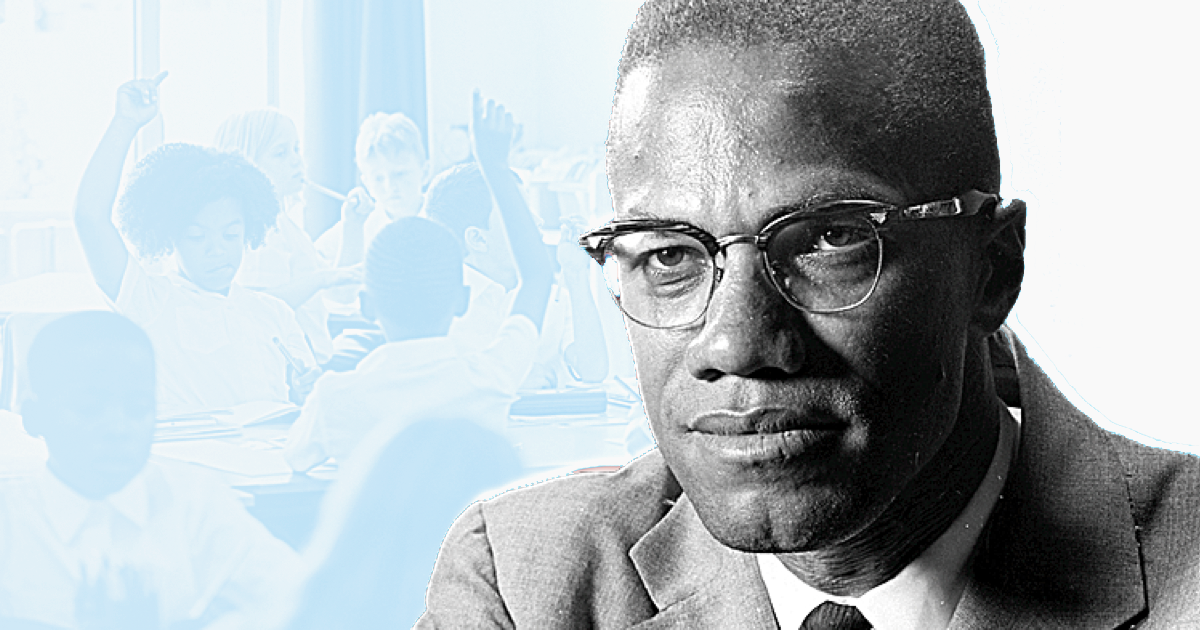