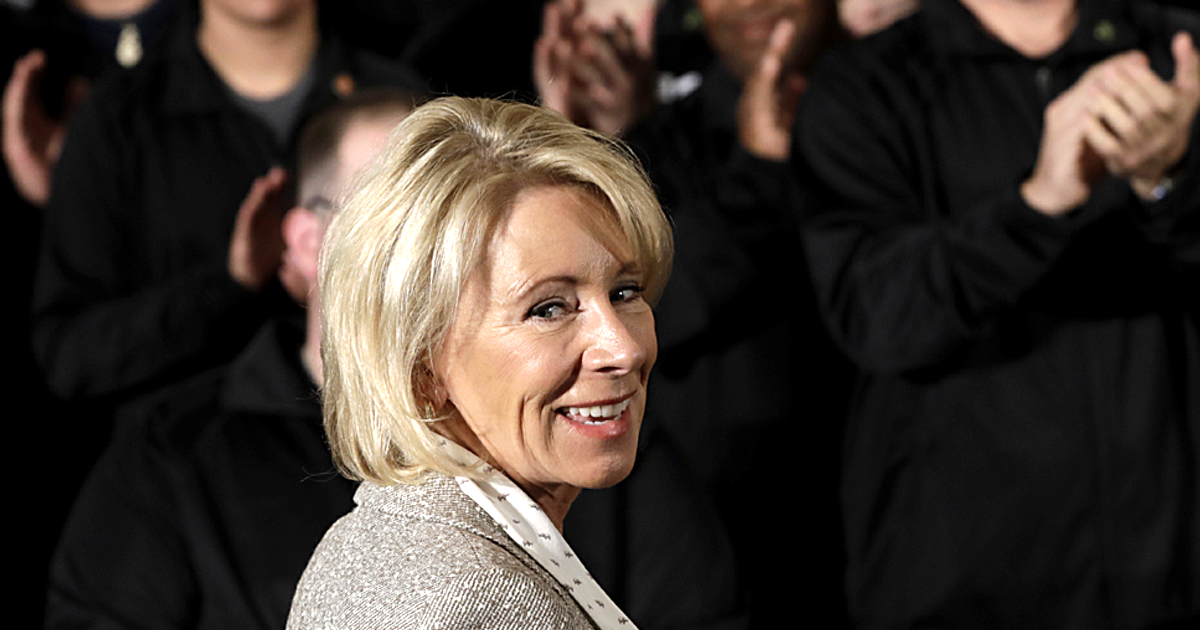 Betsy DeVos Is Back! She’ll Be Talking With Moms for Liberty on Saturday.

Betsy is back. And she’s making new friends.

The event claims to “welcom[es] all moms, dads, grandparents, teachers, and friends concerned about the attack on parental rights in education and are ready to defend those rights at all levels of government.”

Moms for Liberty says there’s a “war being waged against America's families in our public schools.” So, they have invited members and guests to “take part in the national movement of over 80,000 Americans that have decided to take a stand against the ongoing government encroachment on parental rights that seeks to drive a wedge between parents and an entire generation of America's youth.”

They never specify what the encroachments on parental rights are, and they never explain why the war is being waged.

But there sure is a lot of training offered to attendees over the weekend to help them join this “war.” From school board planning to strategy sessions–some centering parental rights, running for elections and grassroots lobbying.

Other sessions, like “Gender Ideology in our Schools or “Alienation: Social Emotional Learning,” specifically play into the culture wars currently raging in education. Additionally, keynotes from Gov. Ron DeSantis, Trump-era Housing and Urban Development Secretary Ben Carson, as well as DeVos herself, seem to be highlights of the weekend.

Experts say events like this are full of red flags.

Putting Moms for Liberty to the Red Flag Test

Political scientist Maurice T. Cunningham covers dark money in politics. Previewing the event with a piece for the Tampa Bay Times, Cunningham described Moms for Liberty as “transparently Astroturf—a group that claims to be grassroots but is actually artificial turf” funded by big-pocket donors and run by political operatives.

“I pay attention when a new ‘parents’ or ‘moms’ group bursts upon the education/politics scene,” Cunningham wrote.

He cited a Washington Post article about how to spot fake “grassroots” organizations. It featured a test created by Professor Daniel Katz.

The test’s four main components are:

So let’s take a look at Moms for Liberty’s homepage.

Their About Us page does not say when they were founded, though you can see a Fox News appearance by co-founders Tiffany Justice and Tina Descovich from late 2021. This was around the same time they co-authored a piece in the Washington Post Opinion page.

In other words, Moms for Liberty is new on the scene. Yet they have connections at major media outlets significant enough to get regular coverage, seemingly out of nowhere.

Cunningham wrote that “Moms for Liberty’s press is being handled by Cavalry Strategies, whose CEO is a former campaign manager and chief of staff to Sen. (then-Gov.) Rick Scott,” which explains how they have access to Fox News and other outlets. This is not how grassroots movements typically begin, to say the least.

Back at Moms for Liberty’s website, you cannot find any information about who funds the organization. You can see that co-founders Justice and Descovich have extensive backgrounds in Florida education politics. Again, these are not things you see often in the grassroots.

As for Moms for Liberty’s followers, it’s difficult for them to know the details of the organization’s work when their advertisements for their summits don’t even say what parental rights are under attack.

As you can see from Ed Post’s past coverage of Betsy DeVos, it’s no surprise she’ll be keynoting at this summit. We’ll be back next week to tell you what she said.

Editor’s note: In fact, Katz has used his test on Ed Post in the past, as you can read here. Skepticism keeps people honest, and Ed Post aims to always be transparent with readers about who we are and what we do. You can find our staff, board of directors, and funder information at brightbeam.org, our parent organization. 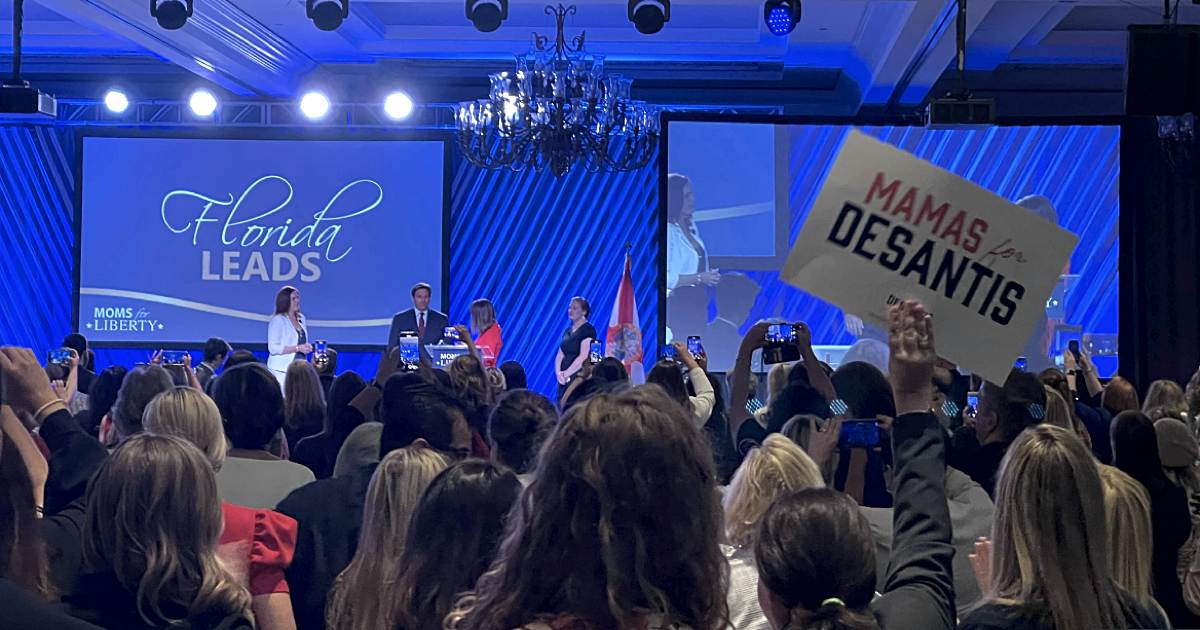