White Teachers, Our Whiteness Is Getting in Our Way

Since the murder of George Floyd, teacher leaders across America have sought to prove the necessity of antiracism in public education. And rightly so: from our curriculum to our disciplinary statistics, our public schools are an integral part of America’s white supremacist society.

If you’re like me, then you’ve had plenty of time to read the digital content about social justice and education published in the past few months. Teacher leaders, especially, are writing with renewed attention and zeal—and that’s a good thing. However, it’s no longer just about sustaining the national conversation about systemic racism—it’s about moving the conversation forward.

And what’s more: It’s not enough to simply lead our colleagues to a new understanding, new heartbreak, or new outrage. We have to provide them the tools to dismantle the mechanisms, both internal and external, that disadvantage Black children in America.

Easier said than done, I know. But I’d like to offer two suggestions for teacher leaders—specifically white teacher leaders—who are looking to move the national conversation forward.

My first suggestion is to avoid writing articles that could be categorized as follows:

Although ostensibly different, these three categories share a quality that renders them all equally unproductive: they serve the author more than they serve the reader. Confronting the racist policies within our society requires us to confront the complicity, complacency and ignorance within ourselves. Articles that simply react, question, or promise externalize this process and absolve their authors. Worse yet, these articles don’t invite our white colleagues—who may only now be recognizing their own microaggressions—to begin a journey toward cultural competence and advocacy.

We Must Revisit Our Own Miseducation and Complicity

Now, here’s my second suggestion: Let’s lead our white colleagues back to the first days of learning when in our own education’s lack of antiracist curricula, society became the teacher.

I asked a number of white State Teachers of the Year for their most salient memories of this miseducation and its painful or shameful effects.

Where I grew up in the Midwest, we didn’t talk about race because we felt like we didn’t need to ... I was taught that racism wasn’t our problem.

I grew up in the South, and my friend group included one Black girl ... The conversations we had around her at sleepovers—I realize now—were downright racist. But we didn’t know any better.

From a cringe-worthy exchange during a summer camp to the repugnant diatribes at family reunions, these experiences and the passivity with which they were accepted mortify these award-winning teachers now.

“It haunts me like a ghost,” one of them confessed.

Luckily, when we graduate from university and start our teaching careers, we magically unlearn our racist ideas and become culturally competent—right?

Heidi Crumrine, the 2018 New Hampshire Teacher of the Year, recalls a particularly shameful incident at the start of her teaching career in New York City, when a Black student read aloud an original poem about his white teacher’s cultural incompetence:

Heidi admitted that she’d never “examined [her] whiteness before,” and that the moment left an indelible impression: “I may not have heard the truth 20 years ago, but I hear it now.”

For white teacher leaders, especially, these stories aren’t easy to recall. It’s as though we’re programmed to repress any memory that might belie our current brand. For example, many of the white State Teachers of the Year who responded to my request spoke only in broad terms coupled by earnest pledges to “do better.” But we shouldn’t evade the truths, even if they’re damning.

Last year, I served as an Instructional Facilitator for a high school with a majority Black student body and an overwhelmingly white faculty. When an experienced teacher quipped that a Black student was going to “get a beating” if she were late for class, the student was justifiably horrified.

Now, I’d read about the pillaging of Black bodies in America (as Ta-Nehisi Coates explains it in “Between the World and Me”) and the tradition of corporal punishment as a form of white supremacy (as Stacey Patton proves it in “Spare the Kids”). So, what did I choose to do? I focused on helping the student to regain her composure and in a moment of white solidarity, allowed the teacher and administrators to shrug away the incident, to casually admit it would be simpler “to just give ‘em a few licks,” and to accuse the student of overreacting.

I spared myself from losing the trust of my white superiors at the expense of not disrupting—even for a moment—the internal and external forces that wanted this child to believe that neither the reality of her trauma, nor the dignity of her body matters to the world.

I’m still processing, now, my own susceptibility to those forces—forces so strong, they led me to betray my own conscience ... and then forget about it.

To be clear: There’s absolutely nothing redemptive about admitting to ourselves our own socialization, miseducation and/or complicity. These admissions aren’t meant to make us feel good—they’re only meant to invite the same self-honesty from others, to reorient ourselves within the world as it truly is (and as we truly are), and to calibrate—continually—the ways in which we measure our personal and professional growth. They provide for us real versions of ourselves to grow from—not just some aspirational versions to grow into.

And to counter any John McWhorter-sounding rebuttals: This isn’t a call for futile, self-flagellation; it’s a call for modeling necessary introspection and vulnerability. After all, many of our white colleagues don’t work with policies—they work with children.

Through self-reckoning, white teacher leaders can feel both right and small at the same time. That is the best way to make room for our colleagues’ learning—that is to say, the best way to give our white readers permission to really start growing.

Kelisa Wing, the 2017 Department of Defense Education Activity Teacher of the Year, said, “There’s a sense of denial that these atrocities are happening. I hear, ‘Oh I’m sorry that happened to you’ or ‘I can’t believe that happened to you.’ As a Black teacher leader, it’s tiring.”

Kelisa, who co-founded and regularly hosts Women of Color in Education Chats, encourages her white colleagues to operate from a place of acceptance and reflection.

Still not convinced? Well, here’s a closing thought: If none of us are guilty, then the problems we’re writing about must not really exist.

Photo by Allison Shelley, American Education: Images of Teachers and Students in Action. 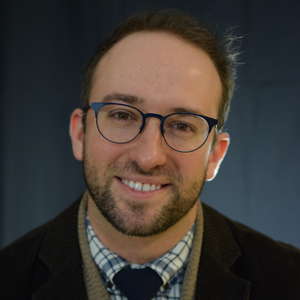