When Kinadee Jordan thinks, you can almost see her mental gears spinning. Clad in a “Boyz in the Hood” hoodie, the eighth-grader crafts her thoughts on Langston Hughes’ poem “I look at the world.”

“[Hughes] was saying he's gonna overcome the obstacles” to thrive as a Black person in the 1930s, Kinadee says. “He's not gonna let him being Black stop him from doing anything. So he basically jumped those hurdles and tried to get other people to jump the hurdles with him.”

Like her poetic mentor, Kinadee refuses to let anything stop her from achieving her goals. She’s aware of the ginned-up conspiracy theories about critical race theory that have led to bans on books by authors of color around the country. Her response? Launching a fundraiser to buy those books.

The Struggle for Books Is Real

It’s one thing to read stories about the heroic acts of people who fixed injustices in the past. It’s another thing to digest their themes and historical significance. Kinadee goes even further. For her and for her peers, stories of historic changemakers show how they can build a better society in their lifetimes.

Montessori of Englewood’s executive director, Rita Nolan, says this empowerment begins in the school’s pre-K program and builds throughout a student’s academic career. Literacy tools like phonics lessons are coupled with materials from the Chicago Freedom School on how to build “actionable strategies for social change.”

Teachers also support reading Black authors in in-your-face ways, like hallway murals of writers like James Baldwin and Ida B. Wells. Stacks of books like “The Hate You Give” pile high in the corner of one classroom. 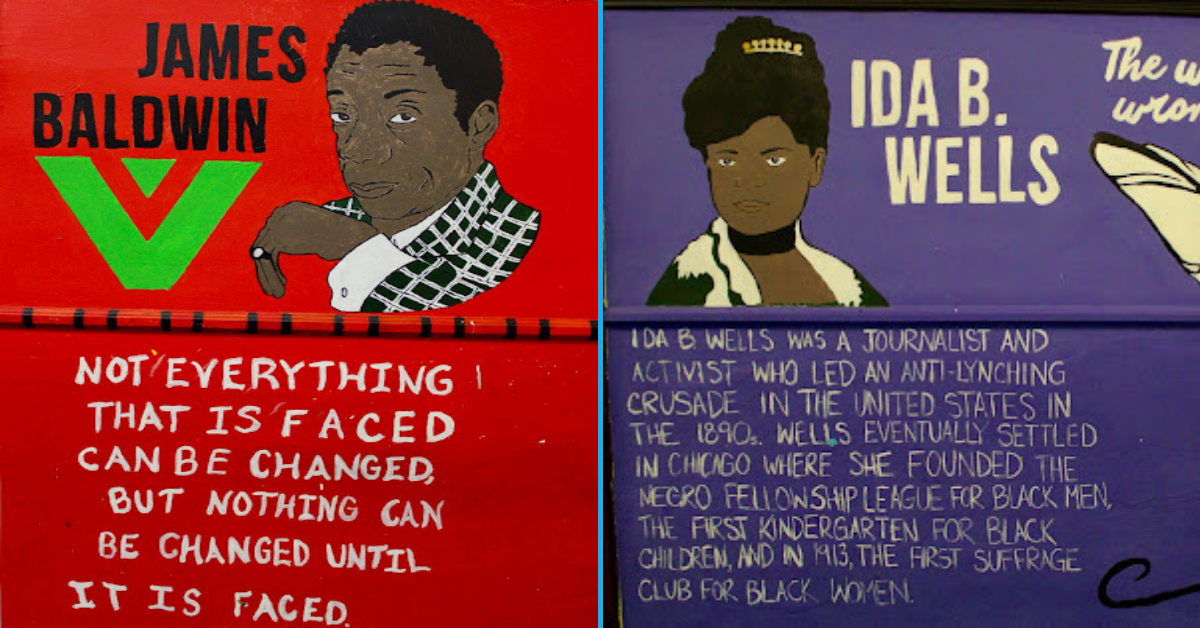 Yet the struggle to get the right books into students’ hands is real. Chicago’s south side community of Englewood is one of the poorest neighborhoods in the city. The Montessori School of Englewood can’t afford to buy all the books they’d like to give their students. Rather, they rely on book donations.

Some of the donations they’ve received are outstanding and reinforce the school’s work to provide “mirror” texts that reflect Black history and culture. Nolan showed me a recently donated book and primary source documents about the history of the Negro Leagues of baseball, including mockups for baseball cards of famous players like slugger Josh Gibson. 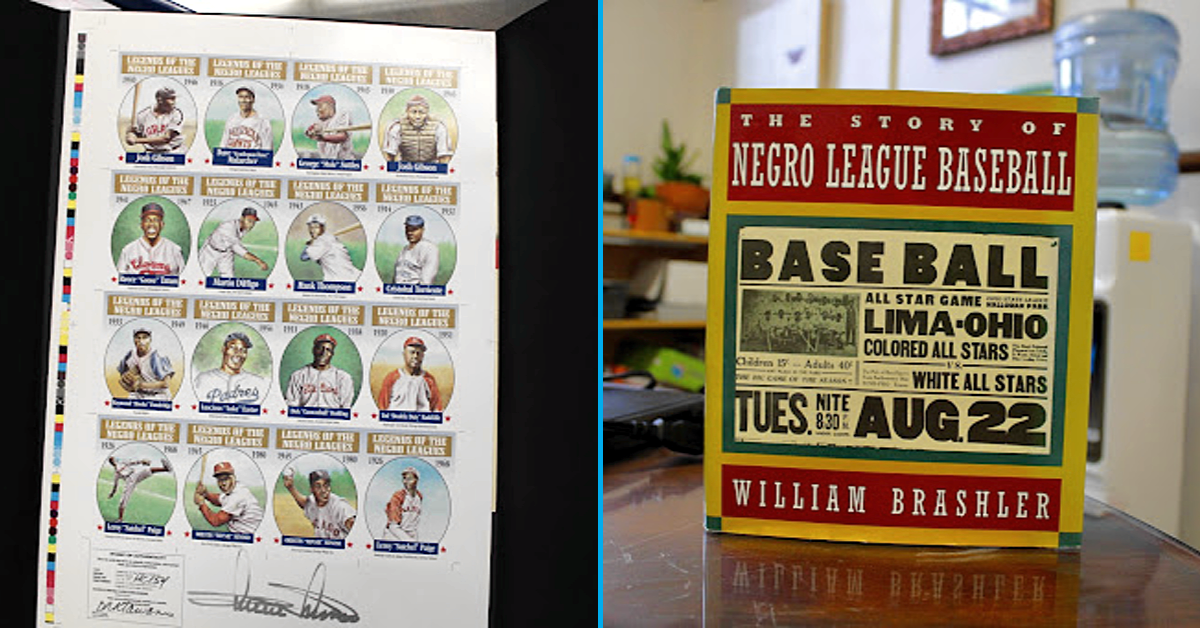 “A lot of the donated books, they're classic, and they're great, and the kids like to read them,” Nolan observed. “Who's going to turn down ‘Captain Underpants’?”

But Captain Underpants is a white protagonist. So are the main characters in many other book donations to the school. Kids weren’t seeing enough of themselves in the available books.

That is until Kinadee put her problem-solving education to work. Last fall, she and her school raised $10,000 to build an anti-racist library. Their goal was to build a collection that not only reflects diversity, but teaches its readers concrete ways to improve society.

Thanks to the can-do nature of Kinadee and her peers, more events are planned, including an upcoming field trip to a Black-owned bookstore to purchase books that the students themselves want to read.

But the book drive and field trip are “just the beginning of the big activism,” Nolan says.

“Who's gonna write these books?” she asks, rhetorically, with a broad gesture to give away her answer: her school, full of potential Black authors of the future.

A Whole School of Kinadees

Kinadee’s analytical, liberatory thought process is not unique. It’s the norm at Montessori of Englewood.

Nolan says it’s part of a schoolwide effort to systematically teach their students to lift up themselves and others through critical thinking and problem-solving.

When I arrived at the school, Nolan, six students, and two members of the school’s board were deeply engaged in discussion. Their conversation on “self-determined communities” brought the school’s mission to life, in real-time.

Thanks to previous lessons, all six students were familiar with Fred Hampton and how the Black Panther Party provided for their neighbors. 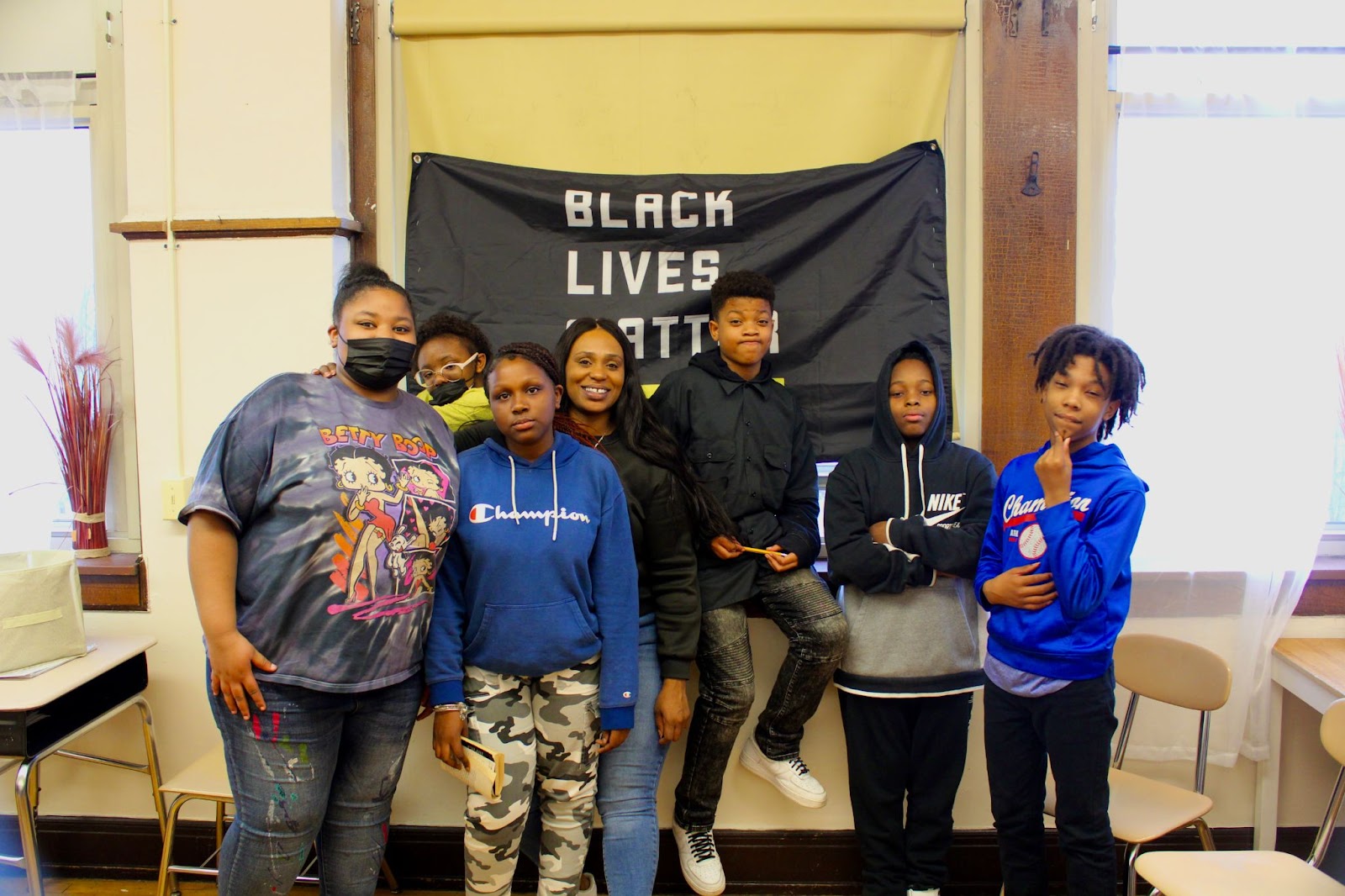 “Do you think you have power?” Nolan asked the group.

Schools like the Montessori School of Englewood are onto something. Ryan Lee-James, Ph.D. thinks that combining structured literacy with a commitment to anti-racist, culturally responsive literacy is necessary.

It’s always imperative to implement phonics instruction into reading, Dr. Lee-James says, because that’s essential for basic literacy. By combining anti-racist curricula with the science of reading, Lee-James says we can stimulate the “deep reading brain” in all kids to help them use “reading and writing as transformative acts of self in society.” This way they’re able "to take the perspectives of others … to be able to tell their own stories, write their own futures.”

Students begin by reading diverse perspectives about their own and other communities. Discussing those texts with their classmates and educators and interrogating how people exercise their power helps them develop the problem-solving skills necessary for healthy adult life.

Sending Them Off Prepared

Kinadee knows her immediate next step. This fall, she’ll start at the Chicago High School for the Arts to pursue singing and acting.

The real world needs a literate, anti-racist generation to make things better. Kinadee will be there, leading the charge.

Before You Go, Do These Three Things 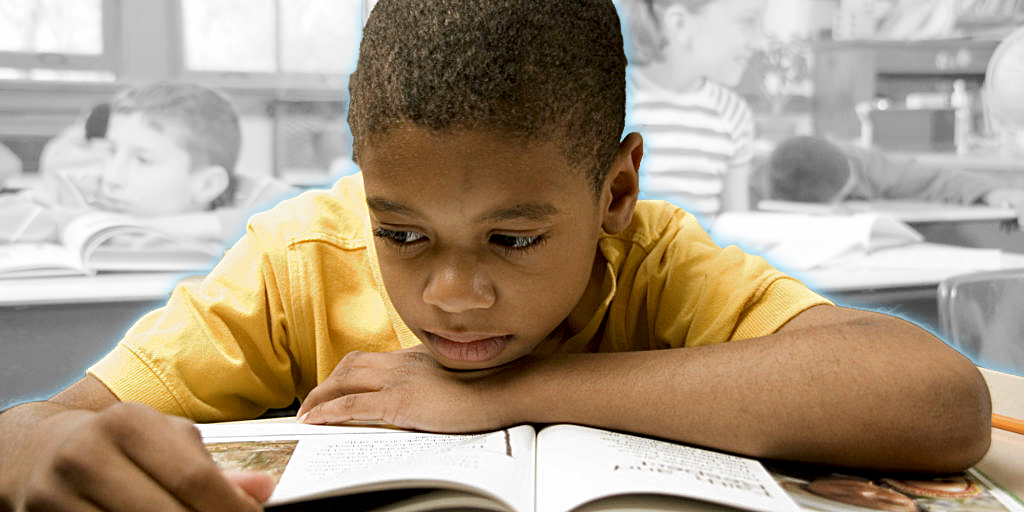 We Can't Prioritize Whiteness at the Expense of American Democracy