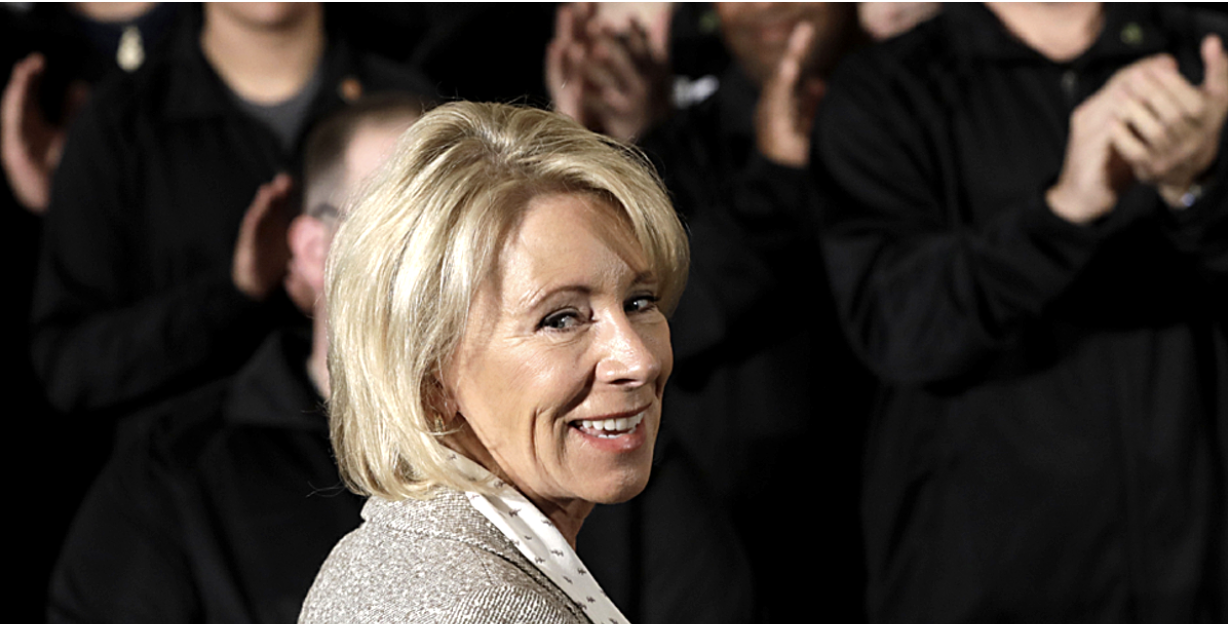 The Ghost of Betsy DeVos Still Hangs over Title IX. Here's How the Feds Can Do Better To Protect Students From Sexual Harassment and Assault.

The U.S. Department of Education recently released its proposed changes to the rules that determine how schools enforce Title IX, the 1972 civil rights law prohibiting discrimination based on sex in education programs or activities that receive federal financial assistance. When the public comment period for the proposed changes ended in September, more than 240,000 comments had been submitted to the Regulations.gov website.

Why so much public interest?

According to the U.S. Department of Education, Title IX has been “eroded by controversial regulations implemented during the previous Administration,” under Secretary Betsy DeVos. Under her rules, school administrators–already struggling with how to handle complaints of gender-based discrimination and sexual assault–have found the process so cumbersome as to be “unworkable.”

The comment from our organization, Stop Sexual Assault in Schools, notes that the proposed regulations would help schools learn more quickly about incidents of sex-based discrimination, including sexual harassment and assault, when they occur. The new regulations would require all K-12 school employees, except those designated as “confidential employees,” to report incidents to the Title IX coordinator.

Overall, many students do not report incidents because they fear being ignored, disbelieved, blamed, or retaliated against. They are often unaware of how schools should respond when they do report. The proposed rules require the Title IX coordinator to identify and eliminate all such barriers to reporting.

Our comment also notes how the proposed rules would better protect students by restoring the broader definition of a “hostile environment” so it is consistent with the definition that many state education laws and district policies use. The proposed rules would cover all forms of sex-based harassment that limit a student’s participation in a school’s education program or activity. They would also protect LGBTQI+ students from discrimination based on sexual orientation, gender identity, and sex characteristics.

Many of the proposed regulations simply clarify and strengthen decades of federal guidance regarding discrimination based on sex. Although the proposed rule is one means for enforcing Title IX, it is a single tool in a much-needed, comprehensive toolbox.

Addressing sex discrimination in K-12 education programs has become more complicated over the last 50 years. The department should therefore take further steps to support K-12 schools in their enforcement of Title IX:

The proposed Title IX regulations restore and strengthen federal civil rights protections, drawing us closer to the promise of educational environments free from sex discrimination. We should applaud the Department of Education’s continued commitment to ensuring that all students have an equal opportunity to participate in and benefit from their schools’ educational programs and activities.

You can read the Stop Sexual Assault in Schools complete comment here and joint comment with Girls Inc here.