In rural and small-town America, the pervasive dependency on the church to cope with limited outlets and opportunities can deter local government officials from confronting pastors who disguise Bible-bashing as sensational, yet convincing, propaganda. Elected officials often keep quiet for the sake of re-election. This governmental complicity, combined with a widespread lack of diversity, can threaten constituents from marginalized groups, who often find that their outward differences and hypervisibility render them vulnerable to collective scapegoating.

Evasive and non-committal leaders raise the stakes most, perhaps, in Tennessee, where the General Assembly recently passed the most anti-trans bills nationwide.

Let’s look at an example from my hometown, Springfield, Tennessee.

On May 18, officials in the City of Springfield voted unanimously to allocate $1 million to the Bransford Community Center. The center is being built on the site of a historic, but now demolished high school from which my grandmother graduated. Its stated mission is to “instill hope in all Robertson County residents, regardless of their race, socio-economic status or age.”

Sounds inclusive and welcoming, right? Yet, from June to September of last year, Bransford Community Center founder and board president Robert Gardner took to Facebook Live to preach recurring sermons and Bible lessons replete with anti-LGBTQ rhetoric. See for yourself. Over this four-month timespan, Gardner—a retired engineer who now leads City of Faith International—recycled anti-LGBTQ conspiracies, disinformation and stereotypes.

According to Southern Poverty Law Center,

A central theme of anti-LGBTQ organizing and ideology is the opposition to LGBTQ rights, often couched in demonizing rhetoric and grounded in harmful pseudoscience that portrays LGBTQ people as threats to children, society, and often public health.

Twenty articles in "The Tennessean" have covered the Bransford Community Center’s start-up trajectory since around 2014. Local officials previously pledged to match a capital campaign of millions. And in past years, Tennessee’s Department of Education has funded Bransford Pride—the Center’s main initiative—with a LEAPS grant of $60,000.

My efforts to awaken my hometown’s elected officials to the impact of exclusionary dogmatism on LGBTQ youth have been met with silence. Similarly, when I recommended Bransford board president Gardner read my "Psychology Today" publications on anti-LGBTQ spiritual abuse, he appeared to double down on legalism. Given how rigid thinking characterizes fundamentalism—resulting in absolutism, literalism, oversimplification, self-righteousness, and superstition toward modernity—Gardner’s response left me more disappointed than shocked.

What utterly disillusioned me, though, was unresponsiveness from officials who swore an oath to govern to the best of their knowledge. I had illustrated, on two occasions, a snapshot of the pervasive and lifelong trauma that Tennessee’s LGBTQ students endure. Let me paint a picture for you.

In Middle Tennessee—Springfield’s region—children who either come out as LGBTQ, or get stereotyped as LGBTQ+, comprise 40% of homeless minors, and 78% of those experience further abuse in the child welfare system. Considering that  80% of Tennessee is Christian—and Pulaski, Tennessee is home to the cross-burning KKK—positing that religious extremism plays a role is not far-fetched.

Even worse, the non-discrimination clause of Robertson County Schools—which governs Springfield’s schools—omits both LGBTQ students and educators as a protected class. The prospect of passing an LGBTQ-inclusive, district-wide anti-discrimination resolution seems unlikely.

I explained to Springfield leaders that institutional inclusion is imperative in child advocacy and education, considering that childhood and adolescence are critical periods of development with increased vulnerability to trauma. I communicated that for some children, drop-in and educational spaces like Bransford serve as the only refuge and buffer from family and religious abuse, or community and school violence. I warned of pastors failing to neatly compartmentalize fundamentalist bigotry strictly to the parameters of religious leadership. And I reiterated that advocates and educators who refuse to foster welcoming spaces of respect and safety fail their community at large.

Still, Mayor Ann Schneider did not respond, nor did Alderpersons Bobby Trotter or Emily C. Green. And Alderperson Lisa DiVirgilio Arnold blocked me from her public Facebook page.

While these leaders did not acknowledge my concerns, what they did do—albeit inadvertently—was paint a picture of how complicity and denial perpetuate institutional bias and systemic injustice. Their inaction and passivity can harm any minoritized population just as much as blatant prejudice and discrimination. We need leaders who will take a stand and support young LGBTQ people, especially young queer people of color, a demographic antagonized by structural policies, and neglected by lack thereof.

These officials may be, on the whole, good people. I would hope so. Nevertheless, niceness and sympathy—while consoling on a personal level—do not translate into protection on a cultural, institutional, or legislative level.

When you believe niceness disproves racism, it is easy to start believing bigotry is rare, and that the label racist should be applied only to mean-spirited, intentional acts of discrimination. The problem with this framework—besides a gross misunderstanding of how racism operates in systems and structures enabled by nice people—is that it obligates me to be nice in return, rather than truthful. I am expected to come closer to the racists. Be nicer to them. Coddle them.

As an educational philosopher, practitioner, and researcher—who happens to be Black and queer—I am just as concerned about clergy venturing into the spheres of child welfare and schooling, while simultaneously weaponizing scripture to rationalize an anti-LGBTQ, ‘us vs. them’ ideology. It is not plausible to affirm and high-five kids with one hand, while with the other, hiding a sword of bigotry behind one’s back. 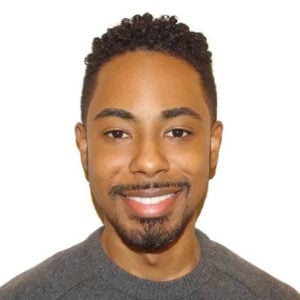