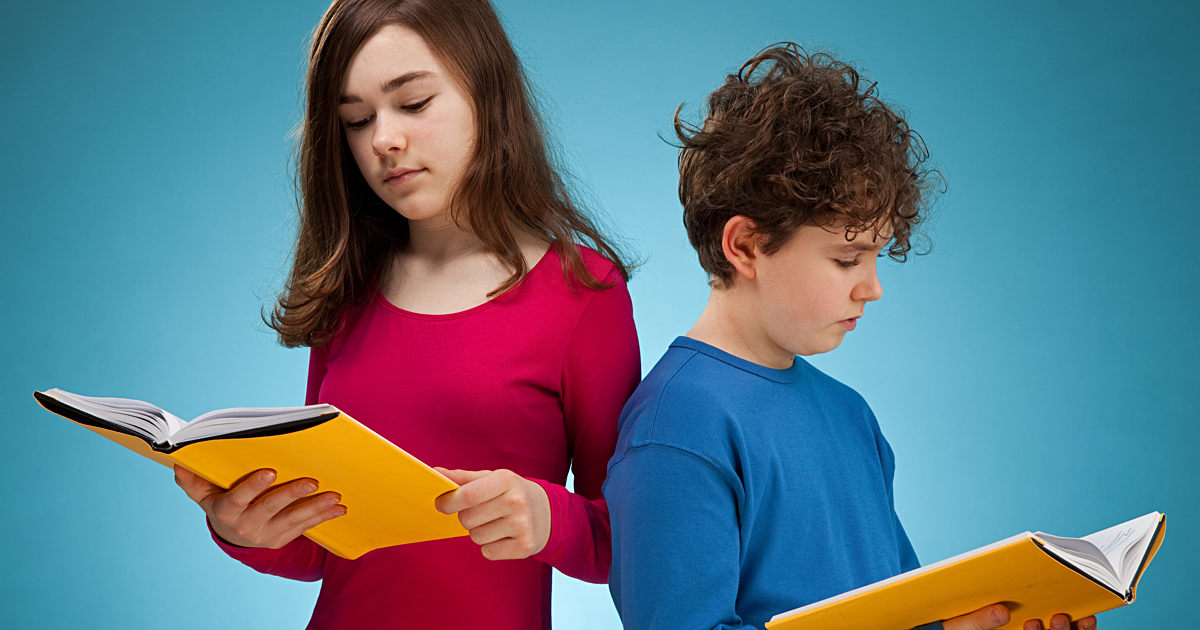 Science of Literacy and Dual Language Advocates Can Work Together, But It’s Harder Than You Think

Early this year, the Illinois Right to Read Act looked like a no-brainer. As originally written, the bill pushed teacher colleges, districts and schools to pay greater attention to phonics and phonemic awareness when teaching children to read. Right to Read proposed changing teacher training and creating a menu of “evidence-based” early reading curricula districts would be encouraged to adopt. And it got traction, fast.

Nationally, there’s growing momentum to make sure that longstanding, ineffective approaches to teaching reading are replaced with pedagogy that ensures students can crack the complicated code of written English. So far this year, seven states have passed laws intended to fix this problem, and more are being debated in statehouses right now.

Parents of children with dyslexia, whose reading challenges often go unrecognized and unaddressed for years, have often spearheaded the charge. The Illinois Early Literacy Coalition, which backed the bill, connects those parents with disability rights groups, educators, and policy advocates.

The bill’s lead sponsor, state Senator Kimberly Lightford, saw the Right to Read Act as a crucial move toward equity in education and life outcomes for Black and low-income students, whose fortunes she and other legislators were particularly concerned about in the wake of a year of remote learning and its associated challenges.

“It’s critical for educators to focus on developing a child’s literacy development within the early stages,” she said in a press release. “Poor literacy can hurt a student’s access to career opportunities.” Reportedly, concerns about widening racial gaps in early literacy also fueled supporters’ urgency to move the bill.

But politics and pedagogy slowed its momentum. The politics were obvious: a key constituency wasn’t consulted from the beginning. Advocates for bilingual and multilingual students, led by the Latino Policy Forum, who were not part of the initial coalition that got the bill off the ground, led the opposition that successfully paused its progress. The pedagogical arguments are more complex.  Both matter for ensuring all students get the high-quality reading teaching they so desperately need, especially since the pandemic-disrupted schooling.

The pedagogical argument over Illinois’ Right to Read Act parallels a national conversation now happening between science of literacy advocates and educators working with multilingual students. Following the lead of the recently convened National Committee for Effective Literacy (NCEL),  which focuses on children learning multiple languages, Latino Policy Forum and its allies argued that without other guardrails in place, the push for phonics could crowd out other necessary components of effective literacy teaching, especially for multilingual children.

“We don’t want to over-privilege one reading practice. We resonate with the aim for this to be a racial equity agenda,” says Erika Mendez, associate director of education and legislative lead at the Latino Policy Forum. “It wasn’t a fully baked idea. We think this pause allows us to [create] a comprehensive plan.”

Retired Stanford University professor Claude Goldenberg, one of a number of national experts being tapped to help advocates revise the bill, agrees. “Illinois is at the forefront of a type of conversation about literacy policy that we hardly ever see,”  he said.

“Rather than continuing the needless conflicts of the past—and still present in most of the country— parents, advocates, policy-makers, and educators are working to identify common ground as well as outstanding issues and questions needing further investigation.”

More Than the Reading Wars

So, what are those “needless conflicts of the past?” To anyone who has followed debates over how to teach reading, the current disagreement between science of literacy proponents and advocates for multilingual children echoes the reading wars of the 1990s and 2000s.

Historically, approaches to teaching reading in the United States have waffled between emphasis on phonics and decoding–understanding how letters and sounds work together in words–and focusing on other kinds of cues, from visual recognition of whole words to context to pictures in text. Proponents of phonics, or the “science of literacy,” have squared off against proponents of cue-oriented instruction, or  “whole language,” for decades.

However, when it comes to the mechanics of reading, the science of literacy approach is more effective than cueing. Cognitive scientists have found repeatedly that skilled readers know the code of written language well enough to read words in isolation. Context is a far less reliable guide to reading text.

In cognitive science and pedagogical theory for beginning readers of any language, emphasis on cracking the code takes priority.

Multilingual Learners in a Monolingual Nation

What’s different about the current friction between science of literacy proponents and multilingual educators? First of all, it’s not about whether phonics matters. “I want to make sure we state very clearly that we do not reject the teaching of phonics,” said Martha Hernandez, NCEL’s co-chair and executive director of Californians Together.

The current disagreements boil down to two key factors:

Historically, English dominance has been tied to the segregation and exclusion of Brown children. Through the first half of the 20th century, language difference was among the excuses used by segregationists in California and the Southwest to exclude Mexican American children from attending school with their white, English-speaking peers.

Even when schools are not legally segregated, children whose first language is not English–regardless of ethnicity or home-language background–have been given short shrift in U.S. schools: overcrowded classrooms, untrained teachers, and insufficient socio-cultural support.

Most of the research on how students learn to read that is cited in the U.S. has been conducted on English monolingual speakers. This raises eyebrows among multilingual educators. Advances in cognitive science have shown that speakers of multiple languages use their brains differently when reading than do monolinguals.

Neuroscientists are still learning how the human brain learns to read in languages that use alphabetic writing systems and how that differs from learning to read writing systems like Tamil or Chinese, where symbols represent larger units of sound, or both sound and meaning in one symbol.  International research suggests that the process of learning to read a second language–the mind-mapping of sound, symbol, and meaning–has similarities across alphabetic languages. We have much more to learn about how humans learning to read a second language put their brains to work.

In February, NCEL released a white paper outlining their concerns and citing research on best practices for teaching multilingual children. A month later, Goldenberg and colleagues Lillian Durán of the University of Oregon, curriculum expert Linda Diamond and bilingual speech-language pathologist Elsa Cárdenas-Hagan responded by pointing out the areas of overlap and agreement among those pushing for greater attention to pedagogy informed by science of reading and advocates for children learning more than one language.

Here are some of the key points on which a common-sense, common-ground approach to teaching literacy could be based.

One of those teachers is Silvia Gonzalez-Powers, who teaches English as a second language in the Boston Public Schools. “I think it’s vital to make as many connections to their native language as possible when they’re learning a concept in English,” she said. And it’s on teachers to learn a little bit about their students’ languages to help them put to work what they already know.  “I have a growing population of Bengali-speaking students. I didn’t know much about their language.” But she made it a mission to learn about the sounds of the language. She constantly asks herself, “Do my students come from a language where they have an equivalent sound-symbol correspondence? Do they have any phonological skills that transfer to English or not?”

In their paper, Goldenberg and his co-authors argue that federal and state governments should do more to train teachers to the level of skill Gonzalez-Powers and others like her have achieved. They agree with NCEL:

Schools should develop more dual language programs and other avenues to help multilingual students reach full biliteracy and fluency in their home language as well as in English.

At the same time, they acknowledge that most U.S. classrooms today cannot achieve that goal. Though the number of dual language programs in schools has grown over time, a 2021 canvass shows only about 3,600 dual language programs now operate in U.S. public schools, and it is unclear how many students they reach. Currently, 33 states plus the District of Columbia face shortages of English as a second language teachers. Meeting schools and students where they are demands greater investment in teacher development for all kinds of teachers: dual language, English as a second language and general education teachers.

Illinois science of reading advocates support this common ground. “There’s a lot we agree with there,” said Jessica Handy, Stand for Children’s policy director and a central figure in the Illinois Early Literacy Coalition.  “Illinois may be the place that does this in a really inclusive way.”

To that end, state Sen. Lightford and Rep. Mayfield have announced this summer will be full of conversations among all stakeholders, guided by Goldenberg and other experts. “We have an opportunity to learn from other states, emulate their successes, avoid their pitfalls, and make Illinois’ literacy plan the most equitable and inclusive in the country,” said Lightford. 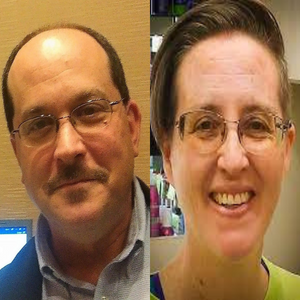 Ed Finkel is a freelance writer who covers education, urban affairs and other public policy issues. He can be reached at edfinkel@edfinkel.com. Maureen Kelleher is Editorial Partner at Ed Post. She is a veteran education reporter, a former high school English teacher, and also the proud mom of an elementary student in Chicago Public Schools. Her work has been published across the education world, ...
View profile

Read more about Science of Literacy

Science of Literacy and Dual Language Advocates Can Work Together, But It’s Harder Than You Think