Let me drop some numbers on y’all real quick.

Data shows that once suspended or expelled so many times, the likelihood of these students having mugshots taken is much greater than them taking high school graduation pics.

While Black people make up a little over 13% of the country’s population, we account for 34% of the prison population.

And finally, inmates make an average of 63 cents an hour in prison labor and are the bedrock of the $182 billion mass incarceration industry—and that’s the annual bag.

By now you’re probably wondering what point I’m getting at. Well here it is, straight, no chaser— the public school system (specifically the school-to-prison pipeline) is a mechanism to support modern day chattel slavery using racial criminalization to profit off our pain and trauma. And damn near everybody’s in on the scheme.

See y’all, I’m still stuck on this issue of schools not wanting to teach thorough Black history—real and raw American history. Because if they do, they risk the chance of more of us connecting the dots of how the past shows up in tactics of oppression and racism today. And the deeper risk of teaching that history is that it might really start sinking in for Black people that while this country hates us because of our skin, it “needs” us to continue to make money on our broken backs. We’re in a very toxic relationship with America’s capitalism and some of us don’t even know it.

We slid into this conversation on this week’s episode of TDRS titled, “Black Kids are the New Cotton”.

Y’all have probably heard this analogy that was coined by Chris Stewart and refers to the fight between traditional public, charter and private schools to “harvest” students for their per pupil funding.

But we dove deeper into the analogy using the data I dropped above to explain how the school-to-prison pipeline is a notorious perpetrator in sustaining capitalistic oppression.

Just in case anyone missed it, from day one Black kids are criminalized and penalized more than other students, set up for failure by being rejected and ejected from the school system, ultimately landing some of them in the criminal justice system to provide cheap labor and continued employment for the mass incarceration industry.

To support this theory we can also point to some of the moves made by political and education leaders over the years. Actually, for the purposes of this conversation, let’s call them mass incarceration overseers.

Private prisons do heavy lobbying on Capitol Hill to ensure their industry stays protected and profitable. Many politicians have been paid to play over the years through “campaign donations” and have made immoral policy decisions supporting these modern day plantations.

We all remember the blunder that was former U.S. Education Secretary Betsy DeVos and her rescinding of Obama-era guidelines that protected Black and Brown students against unfair targeting and disproportionate disciplinary actions. Given the fact that she has some suspicious and undisclosed investments, I wouldn’t put it past her to have had personal motivations for unclogging the school-to-prison pipeline drain.

And quick aside, we need Joe to go ahead and reinstate that guidance like he said he would before we start looking at him sideways again.

Back to the matter at hand, for those of you loving on teachers unions, did y’all know that some have pension investments in private prisons and juvenile detention centers? Our beloved and almighty union here in Chicago was certainly eating a piece of that pie until they were called out a few years back. But here we are trusting them and these politicians to do right by our kids. It’s madness.

Finally, did y’all know that 1.7 million students are in schools with a police presence but no counselors? Interesting, right!? Now we know why there are so many “counselors, not cops” campaigns because, somehow, school districts have been able to find money to put police in low-income, predominantly Black schools but cry broke when it comes to installing restorative justice programs, mental health services and other meaningful investments that would actually help slow or derail this injustice train

Coincidence? I think not.

My bro, Jason B. Allen, dropped the mic with a line on Monday’s show. He said, “Our kids are just numbers—numbers that they’re given in Pre-K that follow them all the way to 12th grade, if they make it that far.”

And I’ll add to that by reiterating that they’re dollar signs in the American economy—the new cotton and the new chattel slave. So here’s another opportunity to draw from history, are we going to abandon them on these educational and mass incarceration plantations or be the abolitionists that fight for their freedom?

Invoking the spirit of Nat Turner, y’all already know where I am. 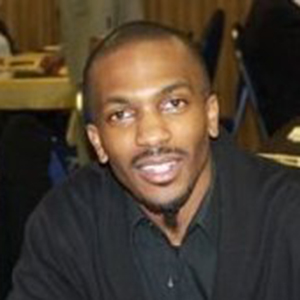 Jason B. Allen is the Neighborhood Planning Unit K Chair, which works to build economic and community development in the city of Atlanta. He has worked in education servicing our students, families and communities in various positions in education and human development over the last 10 years. A major goal of his is to ensure that all youth have positive role models to emulate. Throughout his ...
View profile