In 1994, my band 'Skankin' Pickle' went on tour. In Tampa, Florida, we headlined a show in a small, 500-capacity room full of punks, mods, skinheads, and freaks.

But things changed quickly for the worse.

I noticed our trombone player yelling at somebody in the crowd. I looked down from the stage and saw why he yelled: There was a young man giving me the Nazi salute and bellowing, “SLOPE!”

The crowd noticed. They confronted this guy. Things looked like they were about to get ugly, fast.

Life-Saving Grace Under the Pressure of Racism

Everything had come crashing down. The music had stopped, people were yelling and something very bad was about to happen. Just a few minutes earlier, it was a room full of young people united in something positive. But the moment quickly edged toward violence.

I jumped down from the stage and grabbed the guy. I pulled him back up on stage. I quickly wound us through the backstage area to find the exit.

“Get the fuck out of here, people are going to kill you,” I remember yelling to him before closing the door behind me.

It's hard to believe that show was 28 years ago.

The memory is cemented in my mind. I can still see the fear in the young man's eyes as he turned from bully/aggressor to soon-to-be bullied/beat down. I can still see his bright blue eyes staring back at me as I got in his face—inches separated us. He couldn't have been more than 20 years old.

Some people think I should have let the audience do their thing. That street justice is the only way these people will learn. To be honest, I've felt that rage many times.

But in this case, I felt sad and sorry for this person.

What kind of anger would cause someone to act this way? That someone could feel that kind of hate for me without knowing a thing about me.

What was his family life like? How does someone feel this kind of rage?

Those variables, questions, and life experiences have made it strangely difficult for me to navigate a non-violent response to racism.

The old “sticks and stones may break my bones, but words can never hurt me” line is the most bullshit thing I was taught as a child.

Sticks and Stones in the Seventies

In the 1970s, I grew up in a suburb of San Jose, California called Los Gatos.  I was one of a handful of AAPI kids in my grade school. I dealt with a lot of ignorance and racism at an early age.

Kids would come up to me pretending to do karate moves, speaking “ching chong” jibberish, slanting their eyes back as they asked what dog tastes like.

I would often cry as I walked home. I’d think to myself, “How I wish I wasn't Asian.” I remember wishing I was a white boy with blonde hair and blue eyes.

Can you imagine having those feelings as a young kid? Being embarrassed about your immigrant parents because you were scared that your friends would hear their broken English. Or that they’d see the giant jar of kimchi in the fridge. How do you explain what the heck that was? Especially in the ‘70s.

An Increase In Hate

Fast forward to today. We've seen a 339% increase in hate crimes against Asian Americans and Pacific Islanders over the last year. We’ve seen pandemic-fueled racism normalized by men in high places. The “Chinese Virus” put everyone who looked like me in danger—imagine thinking the phrase “KUNG FLU” isn't racist.

Who’d’ve thunk stoking fear and anger could be detrimental?

It doesn’t matter whether you’re Chinese, Japanese, Korean, or Taiwanese. To racism, it's all one face—the Asian face that became the enemy to so many.

I now fear for my 85-year-old mother. I fear for my two teenagers who go to school every day in this environment. I worry constantly when they are out in public that someone will physically assault them or verbally abuse them.

I know how horrible verbal abuse is.

Every single time I think we move a step forward, something drives us two steps back. How can we argue with the facts? Racism is alive and thriving.

Many folks make a damn good living these days being a voice of white nationalism. And they’ll be damned if they're going to lose that paycheck.  Spouting conspiracy theories to flame the fires and bring out the chaos only strengthens their wallets as they ride on the backs of the poor.

As I sit here at my computer, I’m thinking about these white nationalists’ rants against people like me. I wonder what happened to that young man in Tampa, Florida. Does he think about me the same way I think about him? Does he even remember that night? Did my actions change his opinions of me? Or am I still just a slope?

How You Can Help Today’s Kids Who Look Like Me 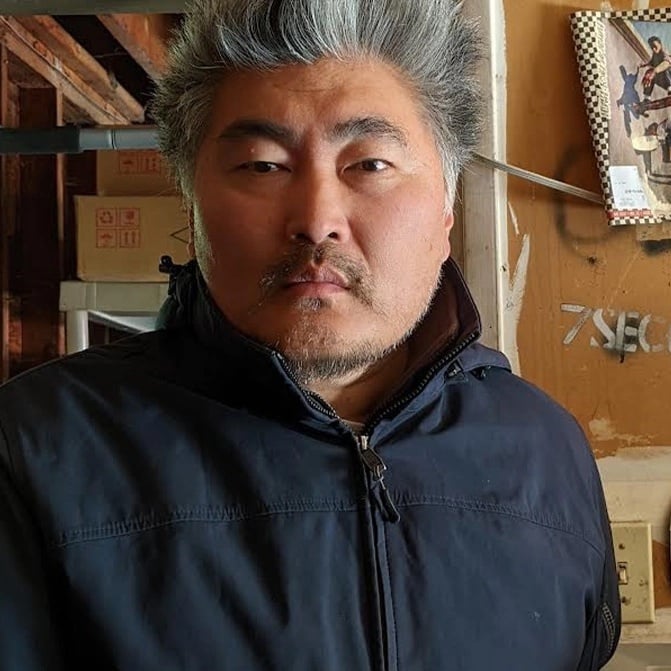