My Child Was a Victim of Restorative Justice. But It Doesn't Have to Be This Way.

In 2015, I started a three-year journey to acquire my doctorate in educational leadership. On top of going back to graduate school, I was a high school principal. It was a job I loved and one for which I felt tremendous passion.

The high school I led was plagued by a history of low academic performance, discipline issues, attendance issues and low morale among faculty and staff. I was hoping to introduce alternative measures to address discipline, but I also knew that teachers felt that the growing pressure to eliminate suspensions was creating unsafe environments.

I drew from my own experience teaching emotional and behavioral youth and also worked with a team of dedicated individuals to begin the process of turning around our high school. In the process of growing programs, implementing a rigorous curriculum and combating years of allowed behaviors, I began to look into what I thought would ultimately become the subject of my dissertation: restorative justice.

I was intrigued by the practice—which had grown out of correctional facilities in New Zealand—and saw it as a way to marry my commitment to reducing the school to prison pipeline—by over-suspending—with social-emotional teaching and learning. Little did I know that the very practice I had spent a year studying would come back to haunt my family in a profoundly personal way.

Restorative Justice Is Great In Theory

For a year, I dove into the research on restorative justice, also known as restorative practice. I read hundreds of articles, dissertations and thesis papers. I reviewed case studies on Los Angeles Unified and the New York City Schools in an effort to get a historical perspective of how large urban districts had implemented this program.

The thread that consistently ran through almost all of them was that, by and large, the practice didn’t work or wasn’t working.

There was a myriad of reasons why. The most glaring reason I found was the enormity of undertaking the rollout of the program throughout an entire school district. The program called upon teachers to stop their core teaching in order to address behavioral issues—either in the moment or immediately following the incidents.

The training was time-consuming and “buy-in” from teachers was essential. Most of the training I reviewed was “one and done,” in which teachers were left to implement a practice with few resources or a single person was employed to run the entire program.

In addition, I read of districts that had substituted restorative justice for punitive consequences as a way to reduce their overall suspension numbers. In a district next door to mine, district leaders bragged about their huge reduction in suspensions because of their restorative justice, only to see the program fall apart as disruptive students were continuously returned to class without any actual change in their behavior. It was clear from my research that if a school or a district was not 100% committed and fully trained in the program, it could not succeed.

I had been looking forward to rolling out restorative justice at the high school I led, but changed my mind after the year I spent working to understand it more completely.

Two years later I moved on to work in a different district in a neighboring state—my kids remained in the district where I had been before. Needless to say, I wasn’t thrilled to learn that the district had plans to implement restorative justice and hire “deans of culture” at the middle schools. Though I was personally skeptical of the plans, I kept it to myself. I would never challenge a school or district’s sincere attempt to better student’s lives.

My silence ended the evening I received a phone call from my sixth grade son’s science teacher. She asked me if any administrator had contacted me over the last month. I told her I had not been contacted by anyone but inquired as to why she would ask me that. The horror she shared with me still keeps me up at night.

She told me that my son had been the target of three young boys for a month. The boys would regularly threaten him, call him “homo,” “fag,” and “pussy,” steal his lunch money and chase him out of school. They ultimately beat him up. My son’s teacher explained to me that she had gone to the vice principal about all of this—she expressed shock when I informed her that I had not been contacted by anyone from the school.

I immediately asked my son about all of this—he dissolved into tears and said that he didn’t want to go to school anymore. He said he wanted to die.

I was angry. I sent a strongly worded email to the vice principal and cc’d the principal. I was contacted the next day and told that my son would go through a restorative justice practice with the three boys he was “accusing” of wrongdoing. Well, I can tell you that I was not about to allow that.

The idea that my son would sit in a circle with three boys who had tormented him for months made me physically sick. He would have no one there to sit beside him and support him. I had been an educator long enough to know what would happen—I may be cynical, but I’m not stupid.

But my son wanted to do it and he asked me to allow it. He said he just wanted the misery at school to end and thought that this restorative justice stuff could work. I was assured that the dean of culture was well trained in restorative practice—and my son liked him. So, I changed my mind and allowed it to happen.

A week later, I received a phone call from the vice principal telling me, “I don’t want to alarm you, but we had a situation at lunch with your son.” He went on to explain that my son came to him during lunch and “claimed” that the same three boys he sat in a restorative circle with had stolen his lunch money and beat him up. He then said, “your son’s story is very different than the other boys’ story.” I almost lost my mind. I hung up and called the principal. I explained that my husband and I would be there the next morning and asked them to review the cameras in the meantime.

The next morning, I had to endure an hour of a vice principal apologizing for what my son had endured. He reviewed the cameras and saw everything my son told him had happened. The school’s solution to my son’s situation was to change his lunch shift—even though all three boys skipped class to come to the cafeteria that day—change two of his classes, and to release my son early from school to “run home” before the other boys got out of class.

What happened to the aggressors? One was already suspended for assaulting another student and the other two could not be suspended due to the district policy on excessive suspensions for certain groups of students. I, of course, was not supposed to be privy to this information for reasons of confidentiality, but when children’s safety and security are at stake, people talk.

We ultimately pulled our son from the district. I am a career educator and strong believer in public education. But I am a mom first. The school’s handling of my son’s torment and subsequently proposed solutions were unacceptable and there was not a chance I would keep my son in a school where their only way of protecting him was to change his schedule and dismiss him early. The “restorative” circle he sat in, bravely facing his aggressors, only made him a target for more torment.

Now, don’t get me wrong. I still believe that restorative justice is a much-needed practice, but I can’t support the way it is being used as a consequence. If and when it’s implemented well, I’m on board.

The reality is that theory and practice are very different things. My research of the theory convinced me that I should introduce restorative justice in my school, but my research on the practice in similar schools and districts had changed my mind.

The story of my son was further confirmation that I had made the right choice. 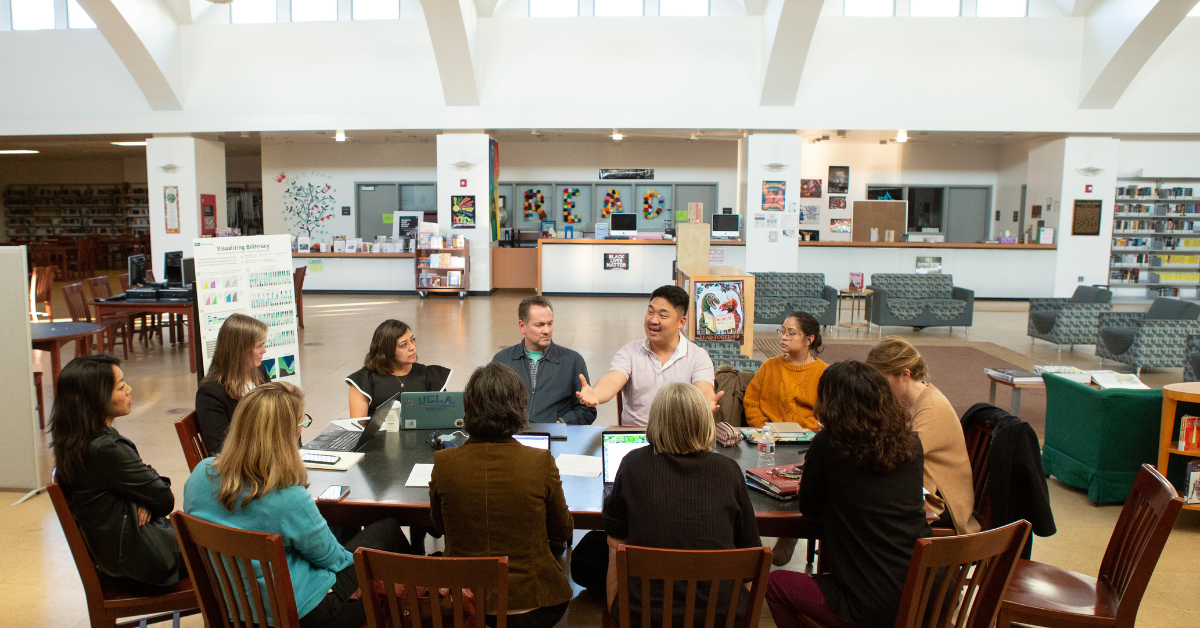 Teachers Are Students Too: Rethinking Professional Development is Key to Student Recovery