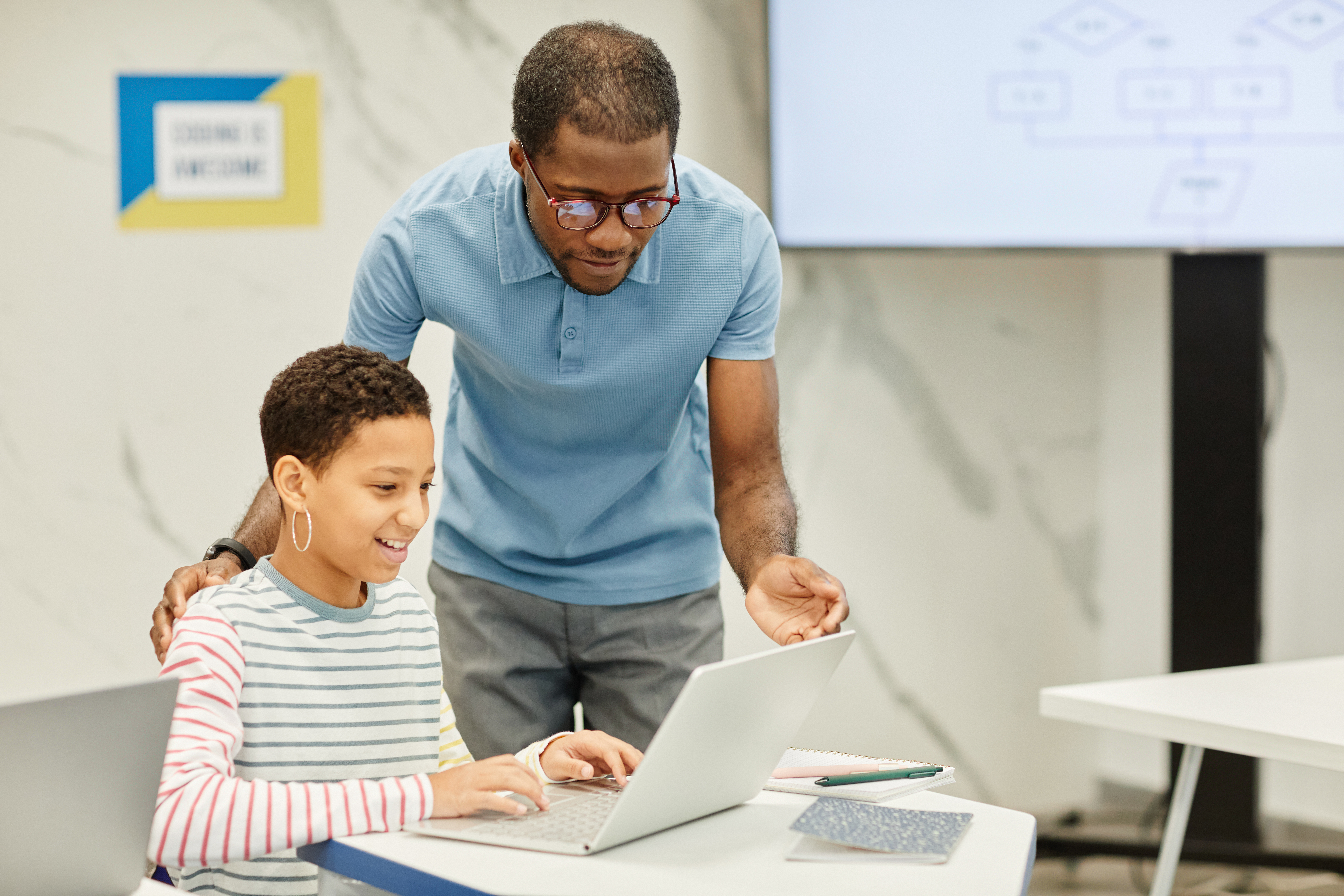 On the first day of August, I began my 17th year of teaching. I spent the whole previous week preparing my classroom, crammed as much fun as possible into the weekend, and slept badly last night in anticipation.

I got up and wore a tie for the first time in forever, drank too much coffee, and walked to a middle school buzzing with the joy of children who haven’t seen each other all summer. I had lesson plans prepared—mostly ease-back-in activities designed to model the flow of my classroom to my eighth graders. By Tuesday morning I was already thinking about Friday afternoon.

Mostly, though, I spent that week trying to learn everyone’s name.

Here’s how I do it. I walk around the room slowly, carrying my roll, checking it against the name-tents I ask students to make and place on their desks.

I pause to look at each child and try to attach their face to their name. I stop every three or four students and attempt to run back through the list from the beginning, skittering my eyes around the room full of new faces.

After I finish that first round, I go out on a tightrope and ask them to put away their name tents before another walk-around.

I either say every student’s name or humbly ask them to repeat it. I fail as often as I succeed. Five minutes early,  I stop class in order to walk this tightrope again.

I repeat this entire process every day of the first week of school.

You might think this all sounds like a little much, but give me a moment to convince you otherwise.

To begin with, how else are we to stand at the door and greet everyone the second week of school if we don’t learn their names the first? How are we to solicit help in passing out papers, or call on a raised hand for comment, or ask the two students in the back to stop trying to military press a friend over their heads? (That might just be a middle school thing, actually.)

More to the point, how are we to expect a student to give us their attention and respect if we can’t give them this small human kindness of calling them by name? With all deference to the Bard, a rose by any other name might smell as sweet, but every child deserves to be called by their own, chosen name.

Let me return to that word “chosen” right after an admonition: We can’t make up nicknames.

Just because we have a difficult time saying a name doesn’t mean we can arbitrarily shorten it—unless they ask, no initials or last names allowed. We cannot settle for a student shrugging their shoulders and saying, “You can pronounce it however you want.”

The first week of school is time for us to get it as close as our own native tongue allows, even if we have to practice it over and over. Even if we feel silly tripping over the sounds coming out of our mouth.

Let’s be honest, most of our pronunciation issues arise from names that come from across cultures. Calling roll and learning their names to the best of our ability is our first opportunity to show students that we will be teachers who do our best to respect their culture, even if—especially if!—it is different from our own.

This signaling is important. After all, their name will be the first word they hear from us every day for the rest of the year. Best to get it right.

Back to “chosen,” though. If a student gives us a nickname, we have to use it—even if doesn’t feel like much of a name to us. After all, who are we to say what they can and cannot be called just because of the printed roster in front of us?

I’ll use my judgment here, of course. Sometimes nicknames are a little too informal for the first week of school. However, if I notice that everyone else calls someone “D. Duck,” then soon enough I will begin to call that student “D. Duck.” And yes, that is a true story.

An important aspect of being a “chosen name”-positive teacher is that it gives our transgender students the opportunity to tell us what to call them without having to make a big deal about it.

These are teenagers, after all, and if we refuse nicknames ipso facto, we set ourselves up for failure with them from the jump. Most of them would prefer not to get into an argument with us about their own identities on the first day of school.

At the end of last year, during my anonymous classroom climate survey, I heard this from a student: “Mr. Wamsted was my favorite teacher because he called me by my preferred name and pronouns from the beginning of the year.”

Such a simple act of kindness. All it cost me was a little bit of time that first week of school to make sure that I got off the roster as quickly as possible.

Fun Benefits To Learning Their Names

The best part about learning your students’ names is that you can watch them light up when you address them in an unexpected place. Anyone can read from a seating chart and speak to them. Substitutes do it every day.

But only we name-crazy teachers can say hi on the other side of the building, or call out to them in the streets as we are headed home. Or, better yet, approach them in the grocery store to say hi and meet their parents. Watch their faces light up in delight as you speak to them outside the walls of your classroom.

Maybe not in the grocery store, though. Their eyes might light up in fear—but that’s enjoyable, too.

The first week of school is a lot of work, I know. I also know I’m asking you to add one more thing to your seemingly infinite to-do list. Look at it as an investment, though. The down payment on dignity will pay off in relationship throughout the rest of year—and we all know that students learn best when they feel respected and safe.

Plus, it’s just the right thing to do. A rose by any other name might still do its homework, but it would not be near so much like a rose. We owe every student the opportunity to grow and blossom in their own unique manner. That starts with the dignity of us calling them by their name. 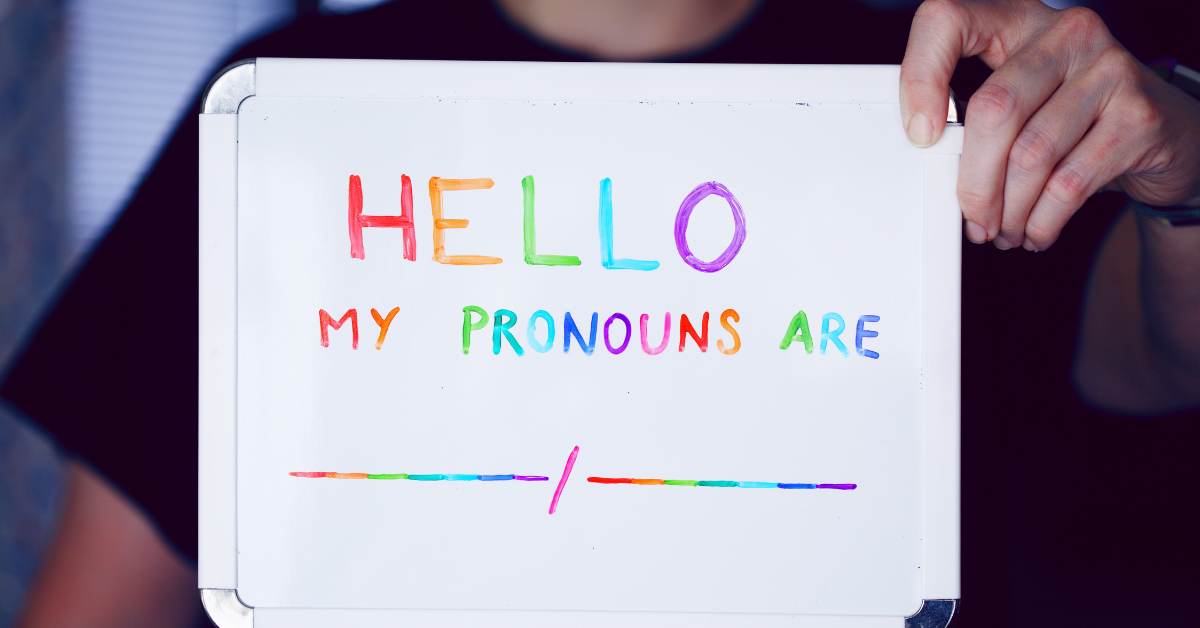