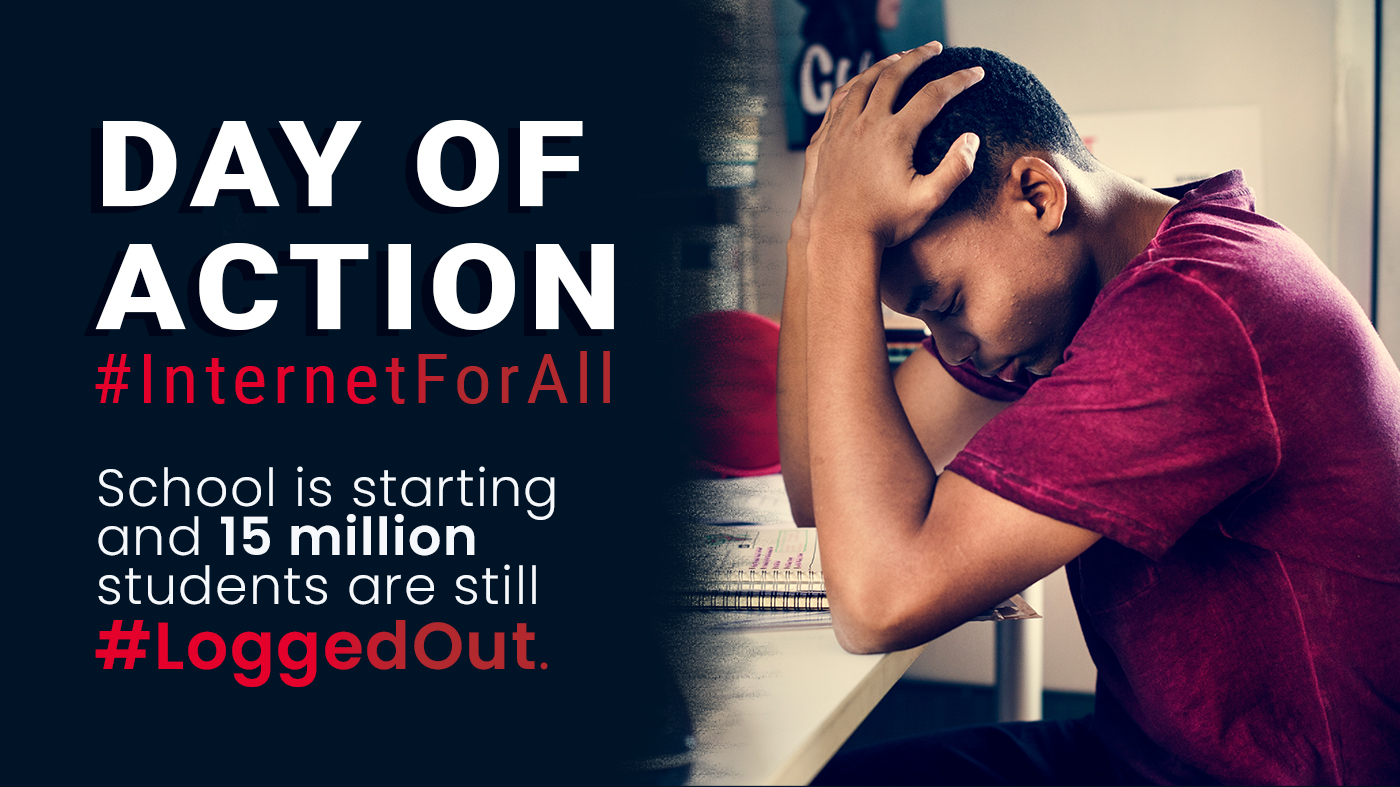 There are at least 15 million students in this country who don’t have reliable access to the internet. With schools closed during a pandemic, that means these students can’t go to school. We can change that. On Wednesday, August 26, we’re doing something big to change it and we hope you can join.

Voice to Action, our partner site which works to drive activism for child justice across America, is hosting a National Day of Action Demanding Internet For All. Education activists from around the country will join digitally, and in-person, to protest a system that leaves a third of the U.S. student population with no way to go to school.

Some of the largest school districts in the country have already signalled they will be fully virtual in the Fall, including Atlanta, Houston, LA, Philadelphia, Chicago and Phoenix. This cannot work for the students whose families don’t have broadband access.

More than 20,000 of those students are in Philadelphia, home to Comcast, the nation’s fifth largest internet provider. This is why our partner activist, Philly-based educator Zachary Wright, is hosting a Demand #InternetForAll protest outside of Comcast’s headquarters.

So many students and parents and teachers were using parking lots to access public hotspots that the tagline #ParkingLotWiFi trended. This is not sustainable for those families, and this day of action is our chance to show up for our neighbors.

So we’re asking you to use your digital privilege and join us on August 26 to demand the FCC and major internet service providers serve this nation’s students and their families.

Find an Action in Your City

Chicago
While Chicago has promised that 100,000 students will have free internet access for up to four years through its Chicago Connected initiative, there are still 15 million students across the country that are #LoggedOut.

St. Paul/Minneapolis
Demand of Comcast: Make every household that has school aged children eligible for the program Internet Essential program even if they are already a customer. Give low-income households unlimited data. Ensure there are no restrictions on usage or slow-down of speeds.

Washington D.C.
Join a moment of national reckoning and help history tell the story of how we lived up to the moment and ensured all Americans access to life in the 21st century, or of how we failed to seize the mantle of leadership.