Back in 2018, I ran across a story from the 1950s that seemed to illuminate some of the ugly political fights we were living through.

True to the zeitgeist, I made a podcast episode about it.

And when I recently re-listened I realized that, if anything, it has become more relevant in the past couple of years—in part because it illustrates one of the reasons critical race theory was formulated.

In September of 1954, a few months after the Supreme Court ruled in "Brown v. Board of Education" that segregated schools violated the 14th Amendment, eleven African American tenth-graders enrolled in Milford High School in southern Delaware. Delaware’s constitution required segregated schools, but its attorney general ruled that once Brown was what he called the “law of the land,” white schools could no longer deny entrance to African American students.

For a week or so things seemed to go well. Some of the white parents were agitated, but others were welcoming. Many of the students and teachers were tentative, but when Orlando Camp, one of the African American students, wowed the football team with his ability to evade tackles, dreams of a long-elusive state championship began forming.

“Why Does Your Daddy Make You Go?”

The owner of the local tractor dealership sponsored Bryant Bowles to come to town. A veteran, Bowles had been radicalized when Harry Truman ordered the integration of the military in 1948. “It’s new for the white people,” he said, “that white people have to defend their rights.” Bowles headed a new organization he had recently founded, the National Association for the Advancement of White People.

He drew large crowds at rallies where he urged white parents throughout Delaware to keep their children home if “any Negro enters the schools.” And he collected large sums of cash dropped in peach baskets that were passed around.

Crowds of white people began greeting students every day at the high school with jeers, insults, and sudden sounds meant to resemble gunshots. White parents who were sending their children to school received anonymous phone calls, some of which said, “If you don’t get your kid out of school, you won’t have any kid to get out of the school.” Children called other children on the phone saying, “My daddy says I might get killed if I go to school—why does your Daddy make you go?” W. Edwin Kee, who served on the Milford School Board in the 1990s, wrote a master’s thesis after interviewing many of the white townspeople.

“The anguish all Milford’s parents experienced in making these decisions is still a painful memory.”

Despite initial support from some white families, fewer and fewer sent their children every day, and the shouts of the crowds could be heard from the classrooms, rattling the children.

“It’s hard to have an opportunity when people are yelling insults at you,” Orlando Camp said later, in an interview on his book about the experience.

The state school board admonished the local board for not having filed a plan for integration before integrating and for not waiting for the Supreme Court to issue an implementation ruling.

The Milford School Board resigned, which left the state school board in charge. Twenty-eight days after the eleven African American students first entered the school, the state board disenrolled them and re-enrolled them in the all-black Jason High School, 16 miles away.

As Milford Went, So Went the Country … Eventually

Redbook Magazine’s headline blared, “The Town that Surrendered to Hate,” but in fact, much of the country followed suit. Milford set the pattern for massive resistance to desegregation in town after town across the country. In 1957, President Dwight D. Eisenhower, who had ignored the events in Milford, sent federal troops in to enforce the right of the Little Rock Nine to attend Central High School in Arkansas. But even that didn’t end white resistance to integration.

It was only when President Lyndon B. Johnson’s administration threatened to withhold federal funds from school districts if they continued to formally segregate, that integration actually began. But then massive resistance transmuted into white flight. White people abandoned the cities and flocked to new towns and jurisdictions.

As part of the podcast, I interviewed historian Brett Gadsden, author of "Between North and South: Delaware, Desegregation, and the Myth of American Sectionalism" (University of Pennsylvania Press, 2013). He observed,

The majority has been unable or unwilling to … mobilize their collective resources to prevent a kind of slide back to the default—which is segregated schools.

His point was that even though majorities of Americans support integration, the minority who oppose it have been able to carry the argument through loud and vociferous opposition. Only federal pressure has been able to change that. And when federal pressure was removed by courts in the late 1990s and early 2000s, segregation increased—documented by, among others, the Civil Rights Project.

It was the massive resistance to integration followed by white flight that gave rise to law professor Derrick Bell’s work formulating the ideas now called “critical race theory.” Bell, who early in his career worked for the NAACP Legal Defense Fund seeking to integrate schools, found himself questioning whether his work had actually benefited African American students such as Orlando Camp and his classmates, many of whom had been traumatized by their experience trying to integrate white schools.

Bell and other legal scholars examined how a variety of policies and practices worked to put African Americans at a disadvantage. They concluded that racism is a permanent fixture in American society and cannot be eradicated solely through legal remedies. This, he and other critical race theorists posited, is because even when laws are on their face racially neutral, they can have profoundly different effects on people in different racial groups.

One example is that most school funding is based on local property taxes. In a country where all jurisdictions were more or less equal, this policy would not have racial or class implications. However, in our country, where zoning and other regulations keep some jurisdictions wealthy and others poor; where some jurisdictions have large corporate tax bases and others have a couple of gas stations and a Dollar Store, basing school funding on local property taxes means that some school districts are able to raise and spend much more money on schools than poorer districts. That, in turn, means children from low-income homes and children of color tend to have less money spent on their education than white, affluent children.

If someone were really serious about undermining the basis for critical race theory, all they would have to do to prove Derrick Bell’s analysis wrong would be to ensure that all children have an excellent and equitable education. This would require Americans to agree to provide the resources to ensure that all children have access to clean, well-equipped, and integrated schools staffed with prepared, supported teachers. Most Americans would probably agree that this should happen. But to actually ensure that it does would mean tackling some thorny issues–like school funding—and not letting today’s version of Bryant Bowles and his allies bully and intimidate the rest of us. 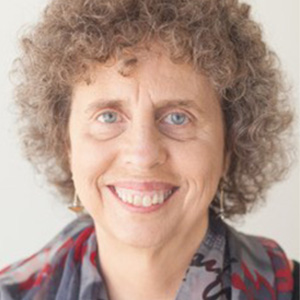 Karin Chenoweth is writer-in-residence at The Education Trust, a national education advocacy organization, and author of It’s Being Done and
View profile