Tracy Dell’Angela is a writer, education nonprofit executive director and a mom passionate about education improvements. Previously, Tracy was Director of Outreach and Communications for the Institute of Education Sciences (IES) at the U.S. Department of Education in Washington, D.C. She came to IES from the University of Chicago Consortium on Chicago School Research, which produces research that drives improvement in Chicago and nationwide. She also served as Senior Project Director for 100Kin10 at the University of Chicago and was Director of Program Investments and Partnerships for the Chicago Public Education Fund. Tracy spent most of her career as an award-winning newspaper journalist, including 12 years at the Chicago Tribune as an education reporter covering national policy and the Chicago Public Schools. A Californian by birth but a Chicagoan in spirit, Tracy attended University of Chicago as a master's student in social sciences and earned a B.A. in journalism and political science from San Diego State University.
Facebook Twitter

A Thank You to The Parents, Students and Teachers Who Dare to Demand Better From Our Public Schools

Want to Stop the 'Summer Slide'? Convince Kids Summer Learning Can Be Fun.

Why Is the Guy Running for Local Office Bashing Charters When the Job He Wants Doesn't Touch Them?

The Struggle to Find the Perfect Standardized Test Is Real

Aren't Colleges Supposed to Help You Find a Good Job?

Here's How Education Reformers Can Up Our Game in 2018

We've Known for Years What Makes Teachers Better: It Isn't Sexy or Controversial But It Works

Illinois' Current School Funding Formula Is the Definition of Insanity. Here's How This Superintendent Says We Can Fix It.

Parents Can't Just Use Test Scores to Choose a School. They Need the Whole Story.

It's Common Sense: There Are No Great Schools Without Great Principals

Yes, I am a Suburban White Mom and I Did Just Go There With Race and Charter Schools

If We Value Great Schools, We Need Strong Teachers. President Obama's New Teacher Prep Reforms Can Do Just That.

Hey Parents, Common Core Is Working Despite All the Fuss About Fuzzy Math

To Hell With the Naysayers, I’m Rooting for Anyone Who Wants to #RethinkHighSchool

If Charter Schools Aren’t Public, Then Neither Are Elite Magnets

Everything This NPR Podcast Got Wrong About School Closings

You Can Try and Deny It, But Our Schools Need to Do Better Preparing Our Kids for College and Career

San Francisco, No One Wins When You Lose Teach For America

INFOGRAPHIC: Not Ready for College

This Is What Happens When Charter Schools Think Big 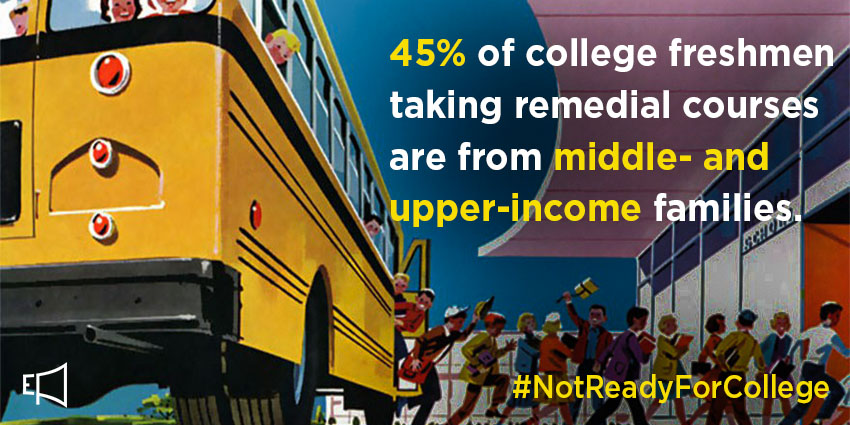 College Remediation: Not Just a Problem for Those ‘Other’ Kids

Turns Out What the TFA Haters Really Hate Is Charter Schools

Are Black Parents Sheep? How to Gin Up Charter School Fears With Subprime Mortgage Analogies

A New Year, a ‘New Deal’ to Save Lives

Mired in Averageness: What Will It Take, Suburban Schools?

Whose Take on TFA Do You Trust, a Critic's or a Journalist's?

Learning Some Tough Lessons From Our Parent Poll

Where Kids Can Avoid Racial Cluelessness

Don't Give Up on Reforms for Schools in Poverty

Support the Student Who Decides 'College Isn't For Me'

Where's the Honesty in Testing? This Mom Wants the Truth

Solutions, Not Screaming: Welcome to a Bright Newcomer

Randi and Rahm Not as Far Apart as Rhetoric Suggests

Let’s Get Real: The Belief Gap Is Alive and Well, Peter Greene

‘New Diane’ Fans Should Spend Some Time With ‘Old Diane’

2014 in Review: Our Top Posts on Charters and School Choice

A Minnesota Teacher on the 'Myth of the Irrelevant Teacher'

Teachers: How Do You Prepare Your Students’ Families for Common Core?

There's No Time to Delay on College-Ready Tests in Illinois

TNTP Urges Union Prez to ‘Walk the Walk’ on Collaboration

What Do Teachers Think About Public Opinion Poll on Teachers?

What If Testing = Better Learning?