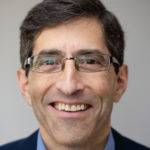 Jon Baron is a former nonprofit executive and federal official who is exploring a run for governor of Maryland.

Jon’s career has focused on government reform, and he has been able to drive real change from both inside and outside government. As a congressional staffer, he created and worked with members of Congress to enact a new program that now awards $450 million each year to small technology companies to create new products and jobs. Later, as a Clinton Administration official, he headed a nearly billion-dollar technology program and won awards for reinventing government.

In 2001, Jon founded and led a nonprofit organization that sparked a movement to advance evidence-based policymaking throughout government, and persuaded the Bush and Obama Administrations and Congress to enact major reforms in social spending programs. These reforms led to significant gains in worker earnings, student achievement, and other life outcomes. Most recently, as vice president of a national philanthropy, he headed the largest philanthropic initiative in the country to identify and expand research-proven social programs.

Jon has been an appointee of both Democratic and Republican presidents, and has twice been confirmed by the Senate. He has a law degree from Yale, a master’s degree from Princeton, and a bachelor’s degree from Rice.

As Schools Reopen, High-Quality Tutoring Programs Will Make a Difference for Kids in the Early Grades