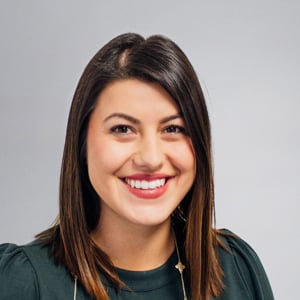 Amanda Aragon is the Executive Director of NewMexicoKidsCAN. She is motivated by her family and by other New Mexico citizens who do not have the same opportunities from which she benefitted. Starting her public education journey in Albuquerque Public Schools, her family moved to Rio Rancho, where she graduated from one of New Mexico's best high schools. At the same time, many of Amanda’s family members remained in chronically failing schools from elementary through high school. For these reasons, her commitment to improving education outcomes for every New Mexico student is personal and unwavering.

Amanda comes to advocacy after working in both the private and public sectors. She attended the University of Tulsa, where she obtained a degree in international business and Spanish, becoming the first person in her family to graduate from college. After college, Amanda worked in the energy sector and eventually as director of stakeholder relations for New Mexico at ConocoPhillips, where she managed the company’s philanthropic investments and sponsorships as well as developed relationships with business and community leaders across the state. In 2015, Amanda was named New Mexico’s top business professional under 30 by Albuquerque Business First. After six successful years in the energy sector, Amanda pursued public service as the director of strategic outreach at the New Mexico Public Education Department. Her experience working for the New Mexico Public Education Department affirmed her passion for education and motivated her to work to engage more stakeholders in working to improve New Mexico’s education system, which led to development and creation of NewMexicoKidsCAN.