Teaching slavery is hard, and I would argue teaching slavery to majority Black students is even more challenging. I tell students all the time that, given the violence they are currently experiencing in their community, the last thing I want to do is re-traumatize them. My goal is to always balance the teaching of Black history, while trying to support positive racial identities. I am excited to share that the “1619 Project” book has helped me to do this.

I have been teaching African-American History for 10 years, and this year is the first time I have been able to meet the needs and demands of my students. My students are 99.9% Black, and during the past three weeks, they have been asking some of the best history questions I have ever experienced.

My students have worked hard in reading excerpts from the 1619 Project essays and primary sources to accompany their understanding of the Atlantic Slave War, the contributions of Black people to the United States, and Black resistance. The most rewarding part of this experience is to witness the high level of cognitive engagement students are exhibiting as they discuss important details of labor camps, the economy of slavery, and the daily experience of enslaved people.

In addition, to the original grant award, I have been using the “1619 Project’ book in the following ways:

One challenge of teaching the essays is determining which excerpts I want students to read. I teach ninth grade, and most of my students are not reading at grade level. I often have to modify the text, and guide students to specific paragraphs I want them to read.  One success however was finding relevant primary sources to accompany the essays.

Another aspect of incorporating the 1619 Project into the curriculum is that we have had frequent conversations about how slavery is taught in schools. One of my biggest frustrations regarding any criticism of the “1619 Project” is the framing of it.

Critics say any teaching of critical race theory or the ‘1619 Project” forces white students to learn about privilege and implicit bias RATHER than celebrating how the “1619 Project” provides a means for Black students to investigate the struggles and achievements their ancestors experienced after the arrival of enslaved Africans.

I recently told my students how my experience of learning about slavery in high school was literally, as Nikita Stewart, argues “a dot on a timeline.”

After this conversation, I shared with them the letter that was sent from parents of the Bryn Mawr Gilman school. Students were angry at the parents’ request to ban critical race theory. They drafted letters to the parents and school in response: writing about the concern they had for the well-being of the Black students at the school. We researched the school together and discovered that it does have an African-American History course. Students asked for me to call the school to talk to the African-American History teacher about her experience teaching Black history to a school with majority white students. I was not able to get the teacher’s phone number, but did get her email address and emailed her.

No response yet, but I do really hope she emails me back. My students ask me daily if I have gotten a response yet. I would never have done this if it was not for teaching this unit, and student requests and concern for other Black students.

Abigail Henry’s reflection was originally written as part of the Penguin Random House book pilot program in partnership with the Pulitzer Center. It later appeared later on 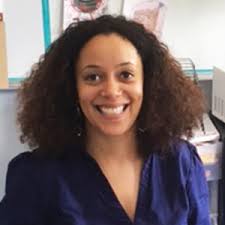