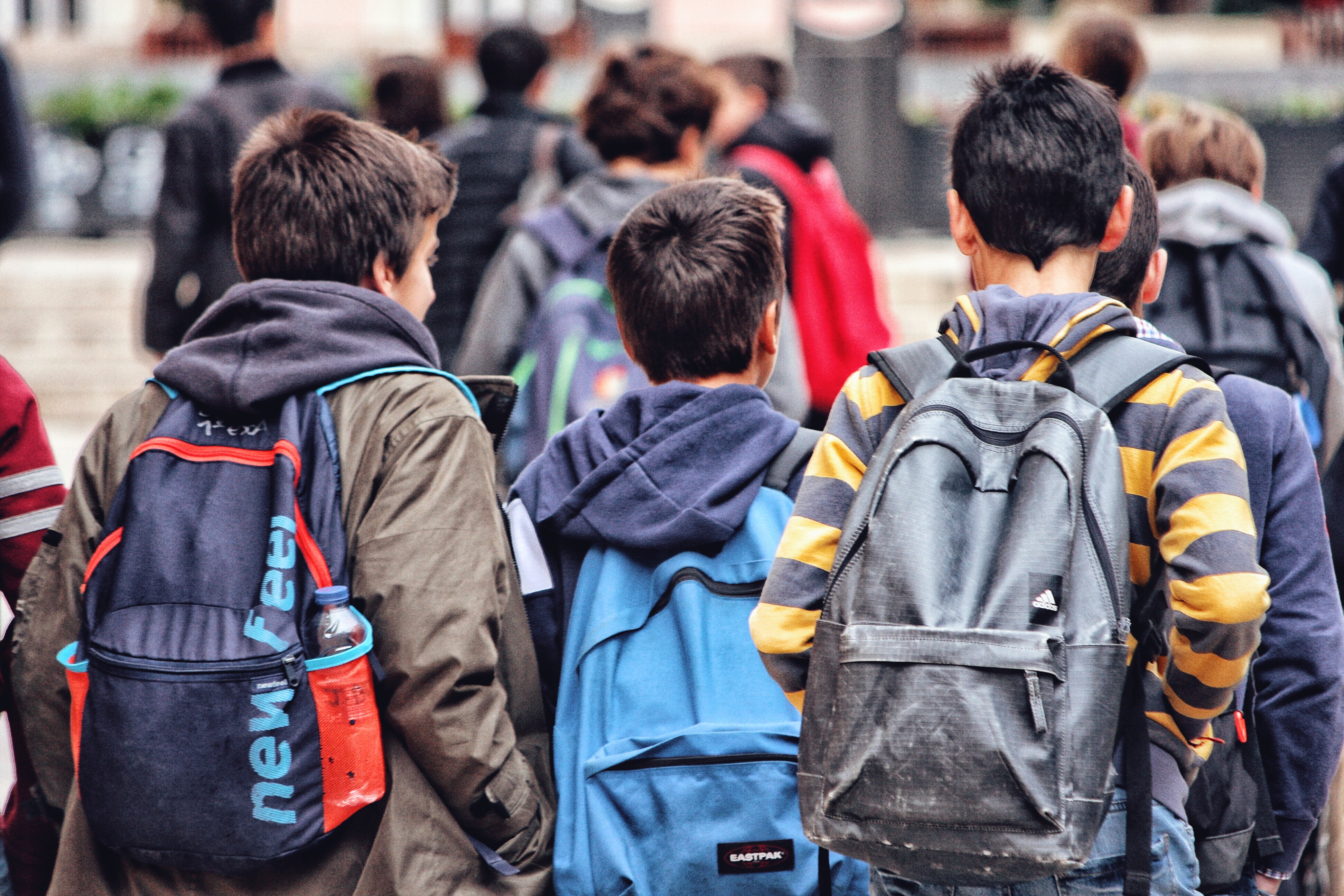 My little brother is a 10-year-old who loves to create slime, play video games and make friends. He’s growing up in a time where a racist misogynist is in our country’s highest office; where children who look like him are separated from their parents and incarcerated; a time where unequal systems are prioritized over people. He came home from school one day and asked me if we were going to be separated too.

We sat down and talked about hate and privilege.

Me: There’s something called racism, and it's based on the idea that people of color aren’t as important, good or smart as White people.

Jon: Oh! Like Martin Luther King and people sitting on the bus!

Me: Yes. Black and Brown people weren’t always allowed to go to school, read, vote or choose their own job. Racism is dangerous, it tells us its okay to send babies to jail or treat someone differently because of the color of their skin. Someone pulled out a gun at grandpa because he was in a “White neighborhood;” mom was called a wetback growing up; and Sam [our sister] was harassed by guys with a Confederate flag last year. People don’t deserve to be treated differently because of what they look like or where they come from.

By the end of the conversation, my brother had enough.

Jon: Okay Desiree, when I grow up, I want to be president so I can run Donald Trump and people like him out. I’m ready.

I know he can do it!

Education is Not a Privilege

Jon starts middle school next year. His zip code is 90001, here’s what that means.

It means that there are more failing middle school options than schools that are ready to prepare him with the foundation he needs to be ready for college. Charles Drew Middle School is the closest school to my house, 13% of students are at grade level English and 8% are at grade level math. Our zip code means that access to a quality school that can prepare kids in our neighborhood is a privilege. Education is not a privilege, it’s a right, access to quality education should never be a privilege.

We live in a country with a monstrous wealth gap and increasing homelessness rates.

Education is powerful and transformative, it has the potential to change this.

For historically marginalized communities, education is often the difference between having the opportunity to choose a career you are passionate about or finding a job to make ends meet. Most stable, living wage jobs require a degree, and my college degree gives me a privilege to apply to these. Most of the people in my life had similar or lower performing school options as my brother. Some were pushed into the school-to-prison pipeline or opted out of college because they didn’t feel prepared for higher education.

I see the job insecurity, frustration and lack of social mobility they face. While someone’s job does not establish a person’s worth, I think people deserve to have a choice—people deserve options. We say education is key to the American Dream, yet we continue to allow students to go through a system that continues to fail them.

Every student deserves to have a high quality public school. As a big sister, my priority is to make sure my brother has access to one. As a proud resident of South Central Los Angeles, my community deserves better than 10 failing middle schools.

Next year, my brother might attend a charter school because it is the only local school with a 10/10 on greatschools.org. Families don’t enroll their children in schools to make a political statement, we want to give our youth the best education they deserve.

We need more money and accountability in our K-12 schools. Why? Education is a right. I’m tired of my community not having access to the schools we deserve.

This post originally appeared on La Comadre as Students Don’t Enroll in School to Make a Political Statement, They Go to Learn.
Photo by @dabobabo via Twenty20.

Desiree Martinez, was born and raised in South Central Los Angeles and is currently in her fourth year at UCLA. As a first generation college student, Desiree is heavily involved in combating educational inequity in her community. Upon realizing that there were more Latinos among the custodial staff than there were among her UCLA classmates, she began to advocate for education reform in order to ...
View profile