It’s OK, You Can Teach For America

In 2013, Sandra Korn, then a senior at Harvard and a contributor to the student newspaper The Crimson, wrote an article telling her peers “Don’t Teach For America.” The Huffington Post republished her article.

Korn claims that Teach For America (TFA) undermines the American education system with “a neoliberal model of interchangeable educators and standardized testing” that is “working directly against the interests of teachers, students, and communities.” Korn doesn’t offer a definition for neoliberalism, but The Guardian described it as an ideology that “sees competition as the defining characteristic of human relations” and “maintains that ‘the market'” delivers benefits that could never be achieved by planning.”

When I was considering TFA in 2016, Korn’s article almost dissuaded me. Now, after two years of teaching English to high school English-language learners at a public school in Providence, Rhode Island, through TFA, I am so glad it didn’t. Perhaps you’re also feeling hesitant about joining TFA. Let me reassure you. If you’re ready to listen to others, be self-reflective and work hard, it’s OK—you can Teach For America.

Korn presents TFA as a monolith. She uses comments from educators in Chicago and Boston, who claim that corps members take jobs from veteran teachers, to paint a national picture of TFA. But in my experience, TFA functions regionally, responding to the unique needs of individual districts.

The teacher shortage was visible at my own school. A floor below me, there was an English class for English-language learners that simply did not have a teacher from September to December and was covered by a daily rotation of substitutes. Systemic reforms clearly are necessary in Providence, but right now TFA is filling important gaps.

TFA is contextual. Ultimately, corps members are employed by a specific district or charter, in a specific school, in a specific classroom. When you get your regional placement, do your research. It is important that you learn as much as possible about the students, parents and teachers with whom you will be partnering. These communities of people and how you relate to them define what it means “do TFA.”

In naming TFA “a neoliberal model of interchangeable educators and standardized testing,” Korn suggests that TFA is an organization that privileges “the market”—systems and results—over people. But for me, TFA wasn’t about tests and data—it was a human experience.

The organization led me into a relationship with a group of students I came to love. While TFA encouraged me to track student data—which studies have shown is essential to classroom success—student relationship building was always at the center of the training I attended. Side by side, my students and I conquered college applications, research papers and big questions about race and immigration. I came into the classroom to grow alongside my students. And if you show up with humility and warmth, you can too.

Korn’s use of “interchangeable educators” sounds the common outcry that TFA teachers only stick around for two years.

First, that’s not entirely true. According to TFA polling, a bit over half of TFA corps members teach for at least a third year, 34% of TFA’s 60,000 alumni are classroom teachers, and 84% of alumni work in education or careers serving low-income communities.

Second, I agree with TFA’s claim that the experience of teaching inspires in corps members a “lifelong commitment to their students and shapes the trajectory of their lives and careers” because I see it in action. Of my three TFA roommates, one is pursuing a master's degree in urban education policy, one is taking steps to become a school administrator and one is committed to staying in the classroom. For the rest of my life, my students will influence my votes, my career and how I choose to spend my time and money.

Finally, TFA teachers aren’t the only ones leaving the classroom. The Learning Policy Institute, which conducts research to improve education policy, claims that two-thirds of teachers leave the profession for reasons other than retirement. The Institute found that turnover rates are 50% higher in Title I schools, which serve more low-income students and 70% higher for teachers in schools serving the largest concentrations of students of color. Teacher turnover is not unique to TFA—it is a national phenomenon that reflects the profound need for education reform in America.

Two and a half years ago, Korn’s article haunted me. Today, I still see validity in many of her critiques, but they no longer hold the same weight. It is true that TFA is enmeshed in American capitalism, the driving force of the “neoliberalism” she names. Every year, the organization receives big funding from corporations like Coca-Cola and Bank of America. But I no longer stand by the idea that an organization’s connection to power systems is a valid reason to dissociate. Doing so would mean isolationism, and that is not the answer to social problems.

I certainly agree that the five-week summer institute is not enough time to effectively train teachers for the chaotic reality of urban public schools that most corps members work in. But dramatically low test scores and dropout rates reveal that traditional teacher training programs clearly haven’t found a silver bullet for urban education either. And while Korn’s right about the dissonance between TFA’s top-down model and grassroots organizing, I don’t agree that outsiders are guaranteed enemies of community.

Is TFA the singular and ultimate solution to educational inequity? Definitely not! But is TFA the neoliberal arch-nemesis of the American education system? That’s not right either. Like all organizations, TFA is something we need to continually reassess. And like all individuals, you have the power to do good within the confines of an imperfect system.

Whether or not you do Teach For America, I hope you do something. You cannot become paralyzed in the search for perfect social activism. It doesn’t exist. If you want to make the world better, you have to take a breath and step out, into the fray. 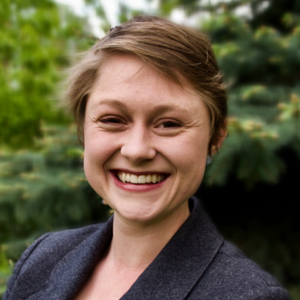 Allie Donahue worked as a high school English teacher for English-language learners at a public school in Providence, Rhode Island through Teach For America. An essay about Allie's first year teaching was published in the July 2019 issue of English Journal. She is a 2016 graduate of Whitman College and has published in "The Oregonian" and Portland’s alternative newspaper, "Willamette Week." Her ...
View profile

We Must Integrate Data Literacy Into Teacher Prep, And It's Easier Than You Think