I Love the Thought of Leaving Baltimore, But It’s Finally Starting to Feel Like Home

For the past two years, I have been counting down the days until I am free. Ever since my brother had a gun pointed at his face while sitting at a bus stop, I have tried to picture a place where I will feel safe. I have dreamed about what that place would look like.

And here I am again, with a feeling of deja vu. Longing. Longing for the day I will leave Baltimore for college. Except this time, something feels different. I do not know how or why, but during the past couple of weeks, I have realized that I have formed a relationship with Baltimore. Maybe it is because I am tired of running, or maybe it is because I grew and matured here, but it is happening. And it feels strange and unusual.

As a refugee living in Baltimore, I must accept the fact that there is simply nowhere else to go.

Everywhere I go, I will be black. Perhaps somewhere in the world I will be accepted. I have heard Dubai is full of wealth and is a “land of immigrants.” London and Paris and Tokyo and Berlin sound lovely.

But I will still be black.

When I left Uganda for the United States, I was searching for the American Dream. I was promised an equal opportunity to achieve success through hard work, determination and initiative. I had no idea that this would be largely impossible because of the color of my skin. I still boil with anger when asked to fill in on various paperwork my race because it reminds me of the discrimination and stereotypes that have destroyed my belief in the American Dream.

In the future, I picture myself leading a large company or organization, but part of me feels as if this is impossible in a white man’s country. As I prepare to attend the University of Maryland, I think of what a career in the mining business would look like. I had an uncle who worked in mining in Congo, and I know that I would be able to make good money and leave the United States.

Must I really leave this country to truly find success and prosperity?

In Uganda, I did not have food, and my mother, who raised me on her own, did not have enough money to pay for me to go to school. She could not find work, and I hated every second I spent in that country. But my mother always provided for me, and she always made sure that I felt safe. I cannot say the same about my life in Baltimore. I was the lowest-level citizen one could find in Uganda; here, in the “Land of Opportunity,” I feel even lower. But I am tired of running.

It is time I stayed in one place and learned to challenge and confront the issues that make me want to leave. I will go to college, but I will come back to Baltimore. I will fight for my rights and for the rights of my friends, classmates and family members, many of whom very easily could have ended up like Freddie Gray. I will protest, find my voice and find my people. And when I fall asleep at night to the sound of helicopters flying overhead, I will no longer dream of running. I will dream of staying. I will dream of fighting to make a difference. I will dream of how amazing it will feel when I finally find a place where I belong.
Glory Aganze Barongozi is a senior at Digital Harbor High School. Originally from the Democratic Republic of Congo, Glory came to the United States in 2009. In the fall, he will be attending the University of Maryland where he hopes to study business. An earlier version of this post appeared in the Washington Post.
Photo by Thomas Hawk, CC-licensed. 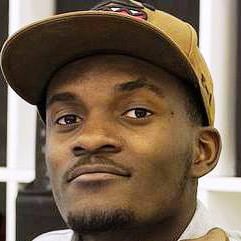 Glory Aganze Barongozi is a senior at Digital Harbor High School. Originally from the Democratic Republic of Congo, Glory came to the United States in 2009. In the fall, he will be attending the University of Maryland where he hopes to study business. In his spare time, Glory enjoys playing soccer and working as a youth ...
View profile

I’m Glad To Be Back in the Classroom. My Students Need Me.