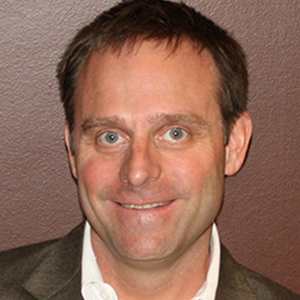 Kelly Elder has been teaching sixth-grade world geography for over a decade at C.R. Anderson Middle School. Elder began his career working as a Montana Exchange Teacher in Kumamoto, Japan. This experience allowed him to focus primarily on high school students, but spend one day a week in a nearby elementary school. It was through this overseas position that Mr. Elder realized he could one day teach early adolescents. Back in the states, Elder began work teaching American History at Fergus High School in Lewistown, Montana. After earning his masters in political science/constitutional history as a James Madison Fellow ’00, Elder began teaching American government. He also added two courses: Economics and AP government. Kelly earned National Board Certification in early adolescence/social studies-history in 2009, instilling reflection as a standard part of his practice and resulting in an unending quest to improve his teaching for all students. In 2017, Elder joined other professional educators in testifying before the state legislature for a bill that later became law that added an annual state stipend for NBCTs in Montana. His work in education varies from within his district to statewide policy, serving both on the district Ongoing Negotiations Committee and as Chair of the Certification Standards and Practices Advisory Council for the Montana Board of Public Education. Through representing the profession as Montana’s 2017 Teacher of the Year, Elder has advocated for increased equity as well as recruiting and retaining quality educators in his state. As such, he is involved with the Montana chapter of Educators Rising. He has mentored and conducted seminars with undergraduate education majors on multiple campuses around the state and has a constant eye on helping elevate the profession. He was also selected as one of five teachers of the year to represent U.S. educators on a weeklong-investigation of Finland’s Educational System in 2017. Student Council has been a cornerstone of Elder’s extracurricular involvement with student leaders. He serves as the state’s Associate Director and was awarded the 2017 Region VII Mid-Level Student Council Advisor of the Year by the National Association of Secondary School Principals. Passions in life often overlap between student opportunities and personal activities for Elder. He is a ride leader for the Helena Dynamos Youth Mountain Biking Club as well as an avid mountain biker on the Helena area trail system. He takes students on a biennial international experience to Central America, and has traveled extensively around the world on his own, including a semester sabbatical that took him through a number of countries in South America in 2012. He also spent five weeks in Thailand and Myanmar studying education and native peoples on a Fulbright Cultural Seminar in 2001. Elder is excited for lifelong learning opportunities, including as a 2018 NEA Foundation Global Learning Fellow, for which he will be traveling to South Africa with his fellowship class next summer.
Twitter