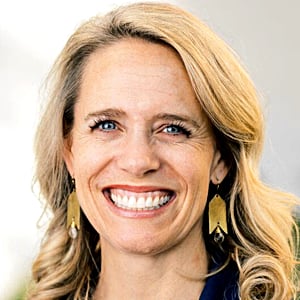 Carrie Douglass is co-founder and co-CEO of School Board Partners. She began her teaching career with the Jesuit Volunteer Corps as a volunteer teacher in a school serving one of the largest housing projects on the East Coast. She then helped transform an existing Boston high school into a Cristo Rey model as a teacher leader and was the Executive Director of an early childhood learning center. These years focused on students who have been traditionally underserved cemented her commitment to ensuring that every child, regardless of background or ZIP code, has the opportunity to attend a public school that will prepare them for college or a career. After completing her MBA, Carrie joined the Broad Residency in Urban Education and led the HR and talent departments at Aspire Public Schools for five years, during a period of growth from 16 to 34 schools. She then served as the Senior Director of Strategy and Innovation at the Rogers Family Foundation in Oakland where she developed one of the nation’s leading personalized learning pilots and managed $5 million in annual giving towards a high-quality seats plan. Carrie was a Managing Partner at Education Cities for five years, splitting her time between leading internal organizational strategy, operations and finance, and external leadership of areas including convening design, innovative schools, and data and accountability. In May 2017, Carrie was elected to the School Board for Bend-La Pine Schools in Oregon, where she currently serves as Board Chair. Carrie believes that the focus on charters vs. districts is a harmful distraction to the real problem of inequitable and low-quality schools. As a former unionized teacher who was backed by her local union during two campaigns and beyond, and who has also led a charter school network, Carrie knows that kids, parents and educators want the same thing – high-quality schools where all students and teachers can thrive. Carrie is also the co-founder and co-owner of two local companies – The Haven, a coworking space and business accelerator focused on entrepreneurs and small business owners who are underrepresented, and an industry-leading running race management company called Cascade Relays. Carrie graduated with a bachelor's in education from the University of Portland and holds a master's of business administration from Boston University. In addition to School Board, Carrie currently sits on the boards of Oregon RAIN, Cascade Relays Foundation, and TEDxBend.
Twitter

Now Is the Time to Professionalize School Boards