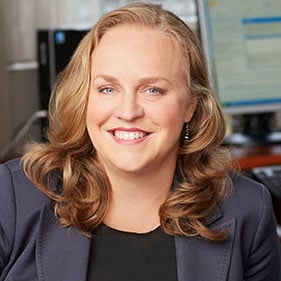 Cami Anderson is a lifelong educator and advocate for the nation’s most vulnerable students. After 20 years as a chief executive in government and nonprofits focused on equity for the most underserved populations in our country, Cami now leads ThirdWay Solutions, an organization dedicated to finding innovative, 21st century solutions to the most intractable challenges leaders face in pursuit of ambitious goals. Her organization recently launched The Discipline Revolution Project, a collective of education leaders from across the country working to end the school-to-prison pipeline. Cami spent a decade leading high-profile turnaround efforts, starting out as superintendent of New York City’s alternative high schools, focusing on students facing the longest odds: programs for pregnant and parenting teens, schools on Rikers Island, career and technical training for adults returning to school and services for students in need of significant mental health and family support.   After that, she led Newark Public Schools, putting in place key reforms that have led to notable increases outcomes for all students in the once-struggling district. Cami has also served as executive director of Teach For America New York, chief program officer of New Leaders for New Schools, issues and strategy director for the Friends of Cory Booker and a middle school teacher. Cami is a lifelong advocate for gender equity, intersectional feminism and Title IX, spearheading successful legal action against the University of California for gender discrimination in sports and helping found A Harlem Women's Movement. She was named one of Time’s 100 most influential people and is the recipient of the Peter Jennings Award for Civic Excellence, the National Points of Light Award for Service, among other honors. She’s widely published from The Wall Street Journal to The Hill to Education Week on issues of leadership and equity. A sister to 11 and aunt to 18, Cami speaks and conducts trainings all over the country and lives with her partner and son in Harlem, New York. You can hear more about Cami’s approach to education in her TEDx talk and read about her work on ending biases in student discipline here and here.
Twitter

It’s Time for a Discipline Revolution in Our Schools