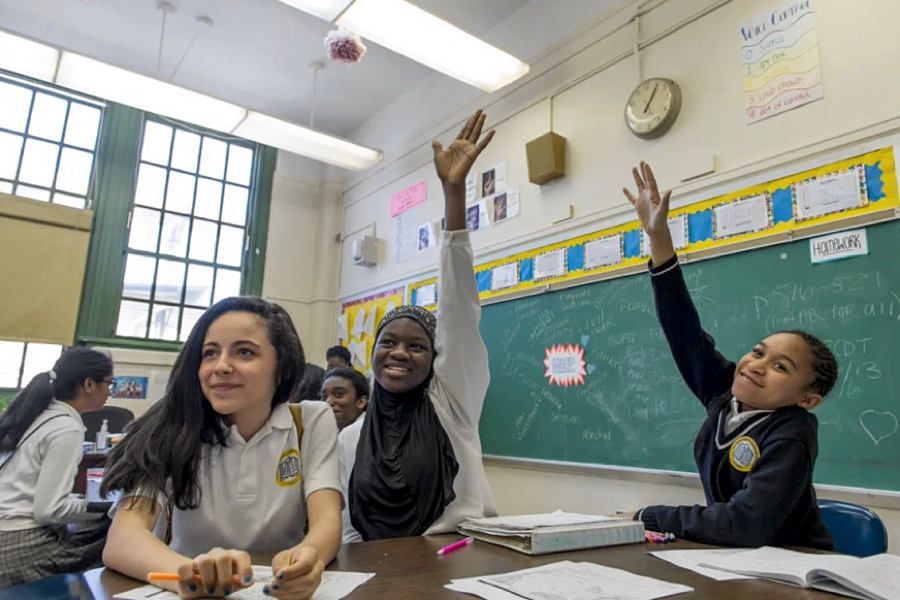 When Teachers Lack Cultural Competence and Humility, Loving Students Is Not Enough

Some of New York City’s recent high school graduates recall a “huge lack of self-awareness” among their white women teachers. A white woman principal trying to make change says it hasn’t been easy.

More than half of the city’s public school teachers are white, and most are women. Though 80% of students in New York City are Black, Hispanic and Asian, only 42% of teachers in the district fall into either of these backgrounds. Like elsewhere in the United States, a large share of New York City’s teachers are white women, teaching classrooms full of Black and Brown students.

“White women have a huge lack of self-awareness,” says Nogaye Ndiaye, a 2019 graduate of The Young Women’s Leadership School of East Harlem (TYWLS). Ndiaye recalls many cases where white teachers didn’t treat her and other Black students with the same care and consideration as her few Black teachers did.

For instance, she speaks of having her father called in for what she believed to be minor issues.

Like many children of immigrants, Ndiaye faced stiff discipline from parents whenever a teacher called to report even the mildest misbehavior. “I feel like the Black teachers knew what it meant to have a Senegalese parent. They would just talk to me first,” Ndiaye says.

Furthermore, as Ndiaye remembers how rules were enforced, Black girls experienced harsher treatment, often linked to their willingness to speak out when they felt a teacher was being unfair. For example, the uniform policy at TYWLS-East Harlem dictates each student must come into the building in the school-approved skirt, shirt and cardigan. According to Ndiaye, if a Black girl didn’t comply within seconds of being told to put on the proper uniform piece, teachers would make a bigger deal out of it than was necessary. “Instead of giving you a minute to get yourself together, it’s ‘go to the office,’” she recalls. “So now, the student is missing class and sitting in the principal’s office all over a sweater.”

When Ndiaye reflects on high school discipline, she remembers her Hispanic and Asian classmates commenting on how often Black girls were sent to the principal’s office. Ndiaye’s experiences are not isolated. In a very public social media campaign, students from all five TYWLS schools in New York City shared their grievances.

As a result, Colleen McGeehan, TYWLS-East Harlem’s principal, embarked on long-overdue work to address how much her largely-white staff needed to unpack their own practices.  She brought in a consultant to address the incidents that students discussed in the Instagram campaign. She led affinity groups with white teachers and began to directly confront them about language they used that harmed students. She became more intentional in including Black faculty in meetings with students so students didn’t feel as if they were being policed by yet another white woman.

McGeehan is cautious when discussing the bias that students like Ndiaye have experienced and become increasingly vocal about in recent years. She has been making efforts to unpack her own biases, reading texts on anti-racism and white fragility. Though it’s been difficult to admit she needed to have her own awakening, McGeehan is trying to be more intentional in how she leads her school.

“I realize there’s deeper work that needs to be done,” McGeehan says. But she also observes it’s very difficult to do that work within the confines of the New York City school system.

For much of her career, she believed that as long as she provided students of color with every opportunity to take advantage of their education, she was doing enough.

For years, she lacked understanding of how the demographic mismatch between New York City's teachers and students was affecting young people's educational experience. She now understands she has work to do to develop both greater cultural competence and deeper cultural humility.

This is the lack of self-awareness students like Ndiaye sensed, but couldn’t quite name as adolescents.

McGeehan has been an educator in New York City for 30 years. She’s only become aware of how her whiteness informs her practice within the last six. While doing her own work, she’s also been tasked with holding her staff accountable for the harm they’re causing students. Some of the faculty have been resistant to this work, hampering progress.

In her work to name the racism in her school what it is, she’s discovered some white teachers default to “we love these kids and only want the best for them.” When challenged to look deeper at the impact of their practices, they resist attempts to address their biases, often using “white tears” to distract from the harm they cause.

Sundus Fayyaz remembers well the misguided love her teachers gave her. In eighth grade, a TYWLS-East Harlem teacher pressured her into breaking her fast during Ramadan. According to fasting rituals, Muslims don’t consume food or drink from sunrise to sunset. On a field trip, when Fayyaz mentioned feeling hot and tired, her teacher suggested she drink some water. Fayyaz reminded her that it was Ramadan, and she’d be fine.

“She kept saying she was worried about me and insisted I drink the water,” Fayyaz recalls. Not only was Fayyaz just 13 years old, she was a South Asian student who’d been raised to never challenge an adult—especially a teacher. So, she broke her fast.

Now 29, Fayyaz reflects on that moment when this white woman told her it was no big deal to disregard her religious beliefs. “Teachers knew who the Muslim girls were in school. It wasn’t some secret that we were all fasting for Ramadan,” Fayyaz says.

That moment exemplified many others where an accommodation for fasting students would have been more loving than a well-meaning teacher pressuring a child to adapt to the routines of the school. In Fayyaz’s memories of TYWLS-East Harlem, the Muslim students were always expected to adjust for their teachers instead of their teachers adjusting for them.

The prevailing belief that it is the student who must adjust–NOT the school–underpins much of the racial harm students of color experience in school districts around the country. When school policies are drafted and enforced by adults who don’t reflect any of the backgrounds of their students, absolute compliance becomes more important than basic compassion.

Furthermore, the fragility that many white women weaponize in matters of race can impede efforts to embed compassion into their interactions with Black and Brown students.

Power Concedes Nothing Without Multiple Demands

Armani Eady, a 2014 graduate of TYWLS-East Harlem, took the lead in bringing the social media campaign to the attention of The Student Leadership Network—including the founder of the flagship school in East Harlem, Ann Tisch. Eady and another alumnae led this charge from a place of “we love TYWLS, but we did experience harm there; we want to make it better.”

An organizer by trade, Eady reached out with action items and published an open letter to clearly outline what needed to be done to course correct. “We found out that previous letters from alums had been sent, but the network just never responded,” Eady says.

While the network did make some structural changes, it wasn’t lost on Eady that none of those changes happened without repeated follow-ups from her and the other organizers. Some of their demands weren’t met until the grievances became more public, potentially gaining the attention of donors before the network’s annual fundraising event.

“I do feel like some of their responses to us were more about saving face,” Eady says.

In her efforts to live up to the action items her former student generously outlined, McGheehan frequently finds herself floundering. The work to identify whiteness and how it is woven into the school system is still new to McGeehan. She’s often fighting her own urge to fall back on “I love these girls and that’s enough.”

Not only must she constantly challenge herself to do this work, she also confronts the reality that some of her teachers would rather not try at all.

“Some teachers just don’t have the bandwidth for it,” McGeehan admitted. “It doesn’t mean I don’t push them in very direct ways. But, I’m very aware of their limits.” 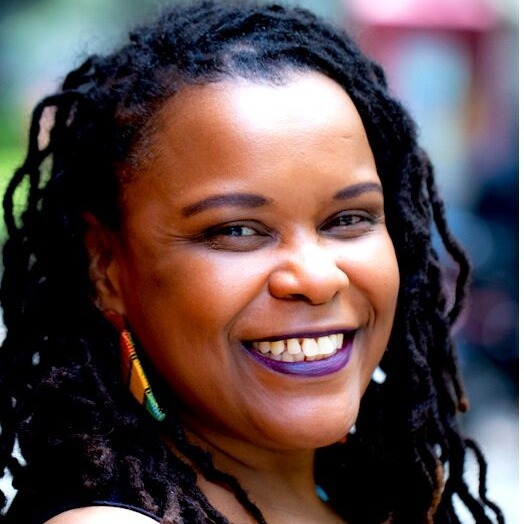 Keturah Kendrick is the author of No Thanks: Black, Female and Living in the Martyr-Free Zone, She has written for NBC News, The HuffPost, Newsweek, Insider and numerous other publications. A former educator, Kendrick taught at The Young Women’s Leadership School of East Harlem for ten years. She resides in New York City.