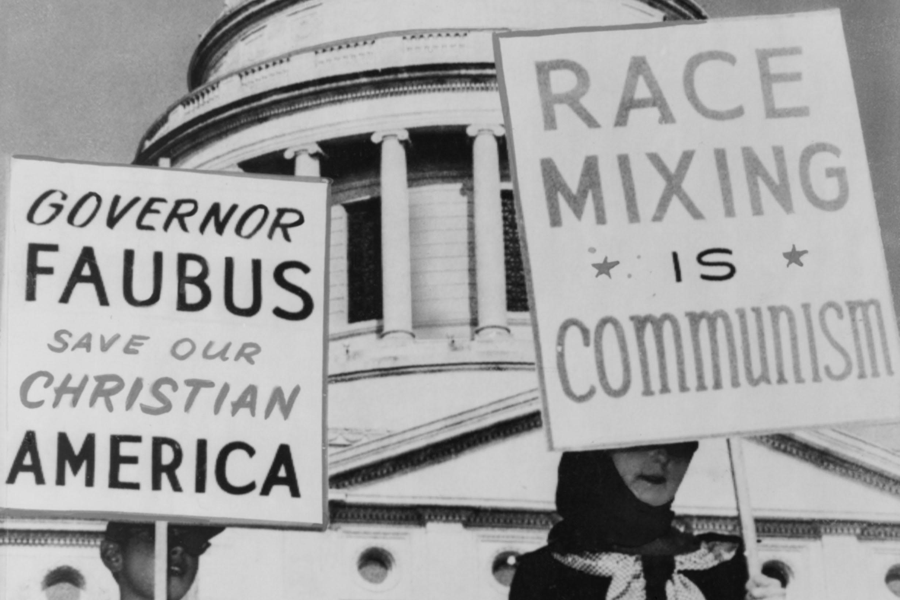 A mother and her son hold signs equating school integration with communism and segregation with Christianity. Photo credit: Teachers College at Columbia University.

White Moms and the Paucity of Moral Imagination

There is an informal apartheid in America. Many progressive white mothers continue to quietly perpetuate it, through our collective lack of social and moral imagination.

When I was studying abroad in 2001 in Cape Town, South Africa, I lived with a Black family in Langa Township. Nokwezi, my host mother, had a great belly laugh, and her daughter, Nodidi, and I loved to listen to pop music and make up little dances. It was a joyful, loving, all-female household and—after my initial culture shock of being a white American in a country re-making itself after the fall of apartheid—I reveled in it.

Sometimes I’d go out dancing with some of my new Capetonian friends—Black, white, etc.—and meet other young, white people out and about. Whenever I told them where I was living, they’d look at me with a puzzled expression and say something like, “Sorry, the music is so loud. I must have misheard you.”

It didn’t matter how many times I reassured them that, no, I really was living in Langa Township, and having a lovely time there–they couldn’t believe it was true. It simply wasn’t part of their social imagination.

I have thought of this dynamic often in recent years, as I’ve encountered progressive moms in Oakland and told them where my two white daughters go to school. They don’t respond with the same outright denial as those white South Africans did so many years ago, but the incredulousness is similar.

Only 10% of the kids enrolled in Oakland public schools are white, and that 10% is heavily concentrated in just a few schools.

When other progressive, white moms hear me mention Emerson Elementary, they often either don’t know anything about it—as if it simply doesn’t exist, despite being in the dead center of a gentrifying community—or they have only heard negative things through the whisper network of white parents—chaotic, rough.

Layered onto the sheer surprise of this reality is often a patronizing compliment: “Wow, really? Good for you!”

This means, as far as I can understand it, that the white responder thinks that I see my school choice as a form of community service on steroids, as opposed to how I really see it–a boon for both my kids (who would otherwise be deprived of the daily joys and challenges of a multi-racial, multi-class learning community) and other people’s kids (who get the community, and my literal and social capital, which otherwise would have ended up enlarging the largesse of already privileged schools).

Integrating Schools Is Not Brave or Selfless — It’s Humbling

There is nothing selfless about my choice, or any of the choices thousands of multiracial parents are making across the country to join integrating communities “intentionally, joyfully, and humbly"–as Integrated Schools puts it. Just as there was nothing extreme or brave or radical about living with Nokwezi and Nodidi. In both cases, my daily experience was one of productive disorientation and delight. I wasn’t the center. I was often confused about the norms or needs. And I was embraced and enriched.

It’s amazing that progressives, particularly white women, can be so imaginative about so much and yet fail to see the ways in which our choices about where we live, whom we befriend, and where we send our kids to school continue to perpetuate the society we so insistently claim to want to redesign.

We often fall back on a comforting either/or—why should I send my kid to a “failing” school when the whole district is a mess? My choice isn’t going to fix anything.

Instead, I wish more of us could approach school choice with the frame of “yes, and”–yes, we need to agitate for systemic change for all kids in our district and, in the meantime, being a part of an integrating school is a great way to learn, be proximate to great leaders who understand best how the system needs to change, and, perhaps most importantly, live in integrity with our values.

Nodidi once asked me, “So in America, everyone of every different race lives side-by-side?”

I think I laughed and then replied, “Not at all.”

“But there’s no apartheid there,” she said. “Right?”

I didn’t know what to say then. Today I would explain that there is an informal apartheid in America, or what Isabel Wilkerson calls a “caste system.” And white women, white mothers, in particular, continue to be complicit in quietly perpetuating it with our lack of social and moral imagination. 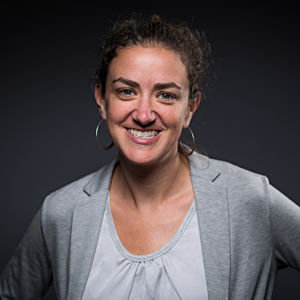 Courtney E. Martin is the author of "Learning in Public: Lessons for a Racially Divided America from My Daughter’s School" and has a popular Substack newsletter called Examined Family.